The upcoming GMC Hummer EV SUV will feature a spot for the rear license plate that is not centered. By comparison, the GMC Hummer EV Pickup will have a centrally-mounted license plate. The difference is curious, given that both the SUV and Pickup are essentially the same vehicle in different lengths and body configurations. Luckily, we have the scoop explaining the reason behind the difference.

GM Authority Executive Editor, Alex Luft, learned from GMC engineering representatives at the 2021 SEMA Show in Las Vegas that the license plate was moved toward the driver’s side of the rear bumper as a result of space restrictions at the back of the vehicle. Namely, the SUV carries its spare at a central portion of its swing gate, which somewhat overlaps with the space where the license plate would typically be mounted. 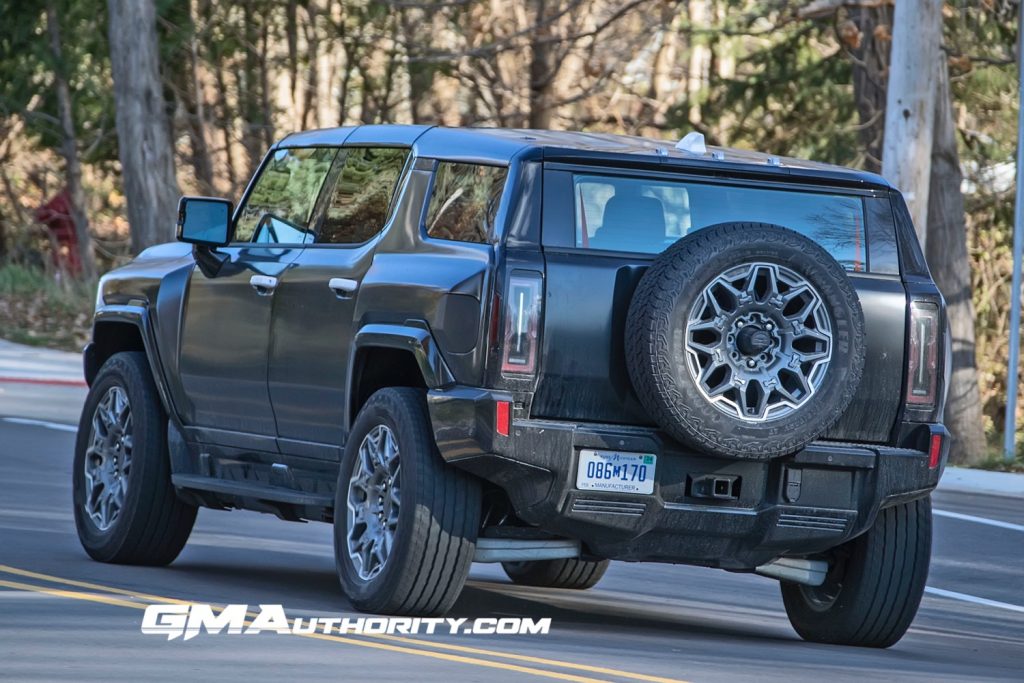 The Hummer EV Pickup doesn’t have this issue as a result of a different rear end configuration. Specifically, the pickup has a tailgate (instead of the SUV’s swing gate), and it’s also not equipped with a spare that would cover the license plate area. In fact, the pickup doesn’t get a spare unless customers spring for the optional bed-mounted spare carrier feature. 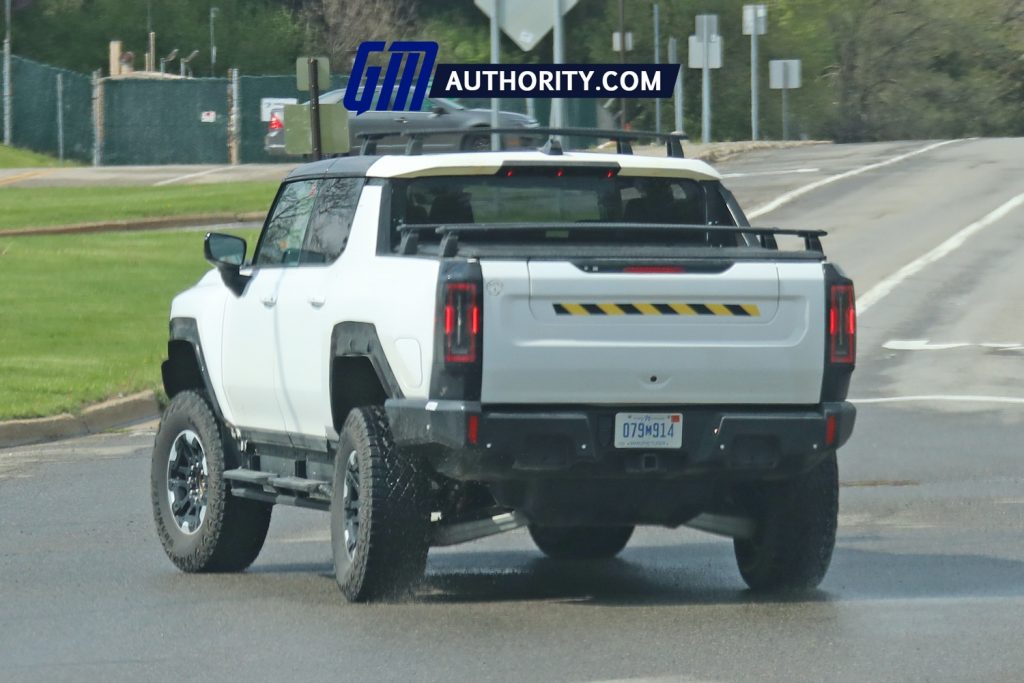 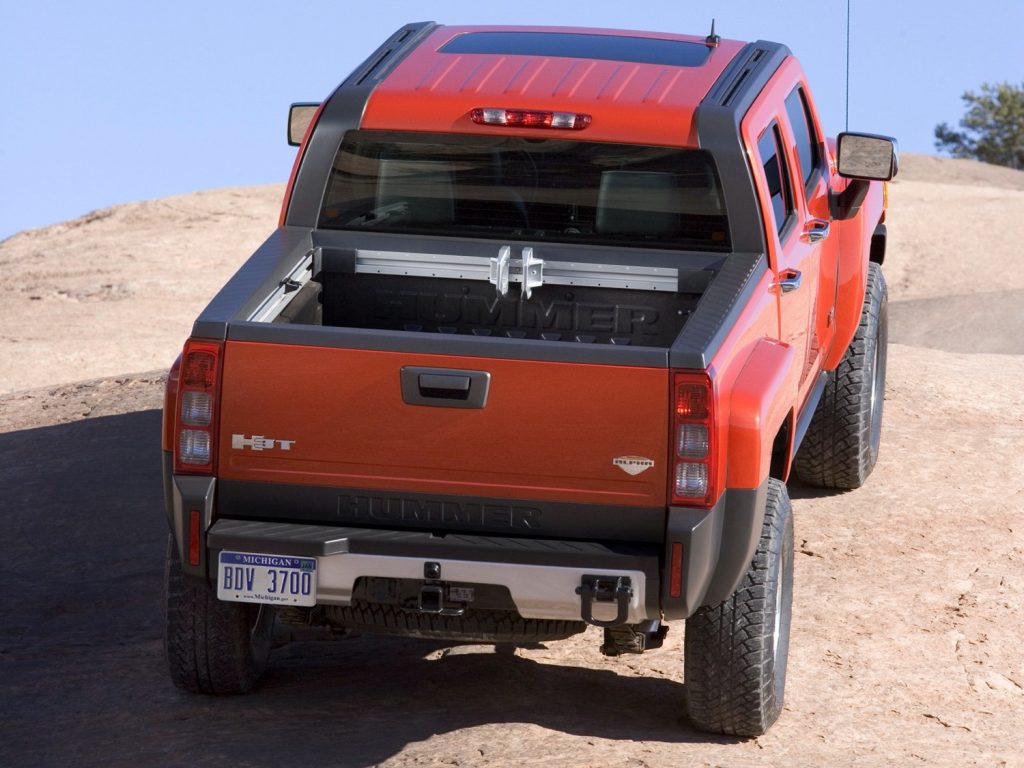 Interestingly enough, the GMC Hummer EV models’ indirect predecessor, the Hummer H3, had an off-center rear license plate on both the H3 SUV and H3 SUT. Both models wore the plate on the driver’s side.

The GMC Hummer EV is an upcoming range of battery-electric vehicles that will be available in a four-door pickup truck and four-door SUV body styles. The models will be branded as GMCs and will be sold at GMC dealerships, rather than being a standalone brand like Hummer was previously.

The GM BT1 all-electric platform underpins both the SUV and the Pickup. Motivation is derived from the GM Ultium Battery and Ultium Drive Technology. Production will take place at the GM Factory Zero plant (previously known as the GM Detroit-Hamtramck plant) in Michigan, with the first units expected to begin shipping in the near future. 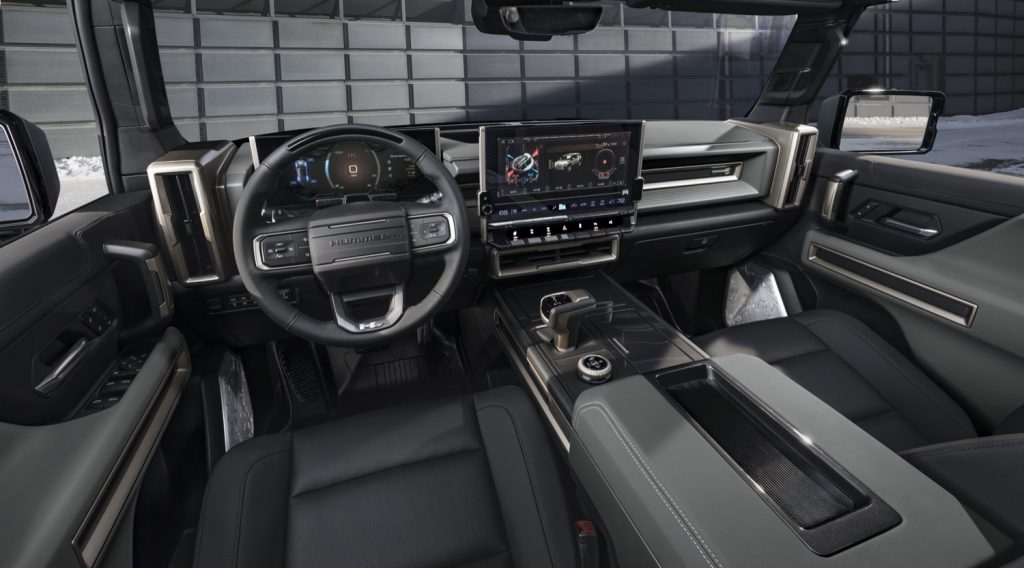 The GMC Hummer EV will be offered with one, two, or three electric motors – depending on trim level. The range-topping powertrain will used in the GMC Hummer EV pickup, which will have an output of over 1,000 horsepower and 11,500 pound-feet of torque (explained here), while being able to sprint from 0-60 mph in just three seconds. Additionally, GM claims that the truck will provide “incredible on- and off-road capability.”