Small GM crossovers missed out on the best possible safety rating in a recent side crash test conducted by the Insurance Institute for Highway Safety (IIHS).

The IIHS has introduced a new, tougher side-impact crash test procedure that it says will help address higher-speed side crashes that “continue to cause fatalities.” This revised test includes a heavier 4,180 pound barrier to mimic the weight of a modern-day mid-size crossover. The heavier barrier also travels at a speed of 37 mph compared to the previous test speed of 31 mph. The IIHS says these changes result in a crash that generates 82 percent more energy. 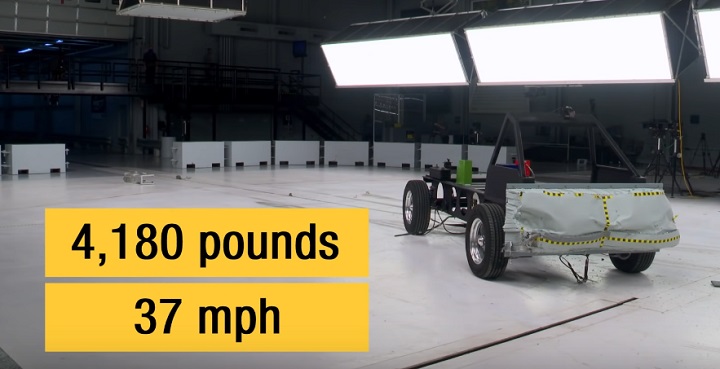 Only one vehicle, the 2021-2022 Mazda CX-5, received the best-possible rating of ‘Good’ in this newly introduced side crash test. That means all small GM crossovers that were evaluated missed out on this rating. This included the Buick Encore and Chevy Trax, both of which had an ‘Acceptable’ rating, along with the Chevy Equinox and GMC Terrain, which had a ‘Marginal’ rating.

While GM crossovers showed room for improvement in this evaluation, it’s not all bad news for the American automaker. The IIHS said “vehicles that earned marginal or poor overall ratings in the new test generally struggled with both structural issues and high chest and pelvis injury measurements from both dummies,” but this wasn’t the case with the Equinox or the Terrain, both of which “demonstrated a strong structure, but only managed a marginal rating overall due to inadequate head protection and elevated head injury risk for the rear passenger and elevated chest injury measures for the driver,” the safety watchdog said. The Encore also had strong integrity but was docked after the dummy suffered a marginal driver chest injury. 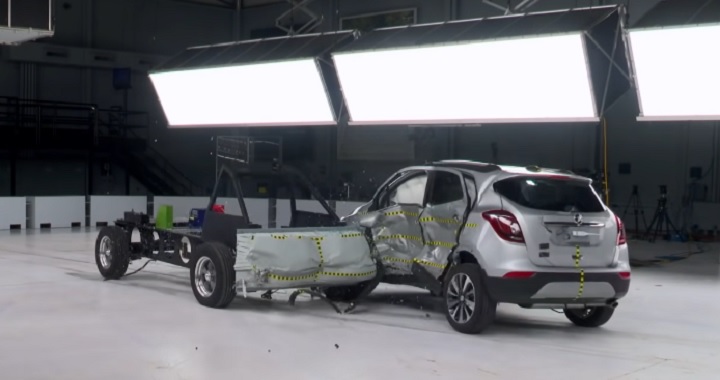 Two vehicles, the 2021 Honda HR-V and 2021 Mitsubishi Eclipse Cross, essentially failed this test with ‘Poor’ overall ratings. The HR-V’s B-pillar tore away from the frame in the test, which allowed the “side of the vehicle to crush inward almost to the center of the driver seat.” The Eclipse Cross also demonstrated “structural weakness and inadequate seat-mounted torso-protecting airbags,” the IIHS said.

The IIHS provides a more in-depth review of its findings from this new crash test in the video embedded below.