We recently spotted the all-electric 2021 Mustang Mach-E leaving the GM Milford Proving Grounds to drive along the surrounding public roads, giving us a glimpse of General Motors’ competitive benchmarking operations. 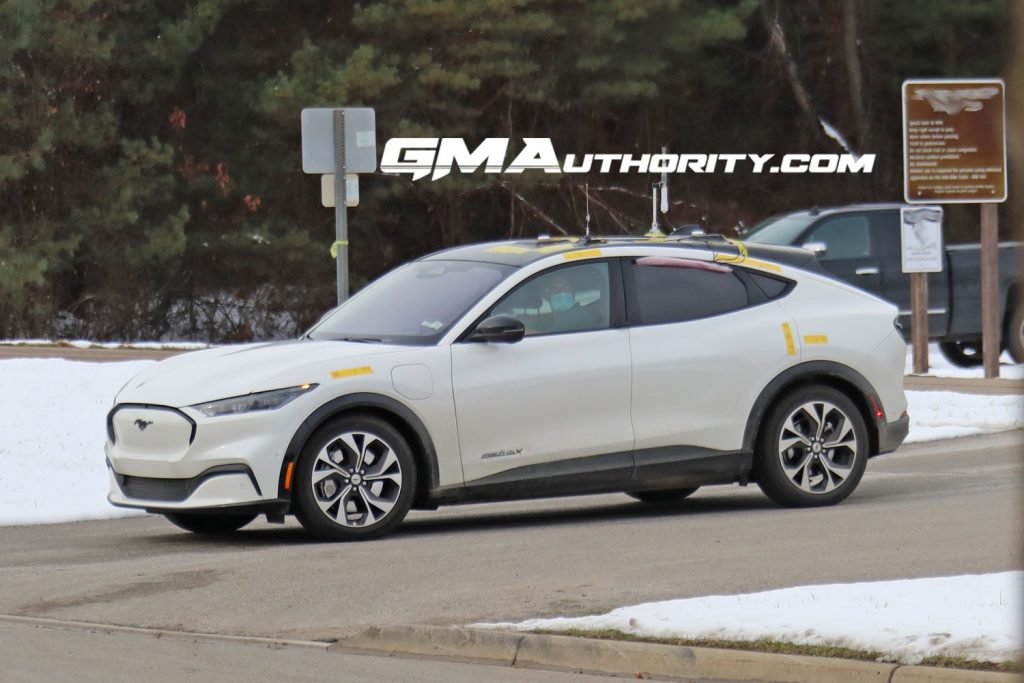 From the off, we should make it abundantly clear that benchmarking is a regular practice in the automotive industry. Manufacturers benchmark each other’s vehicles quite frequently (for example, Rivian is also benchmarking the Mach-E, as reported by our sister publication, Ford Authority), so the fact that a Ford Mustang Mach-E was spotted leaving the GM Milford Proving Grounds is in itself not totally out of the ordinary. That said, what is noteworthy here is that it’s not always the case that we manage to catch manufacturers in the act of benchmarking.

As you can see, this particular model does not wear manufacturer license plates, but does have a bevy of data collection equipment used by General Motors for benchmarking purposes. In fact, that little white sticker on the driver’s side of the rear bumper denotes an internal benchmarking vehicle. 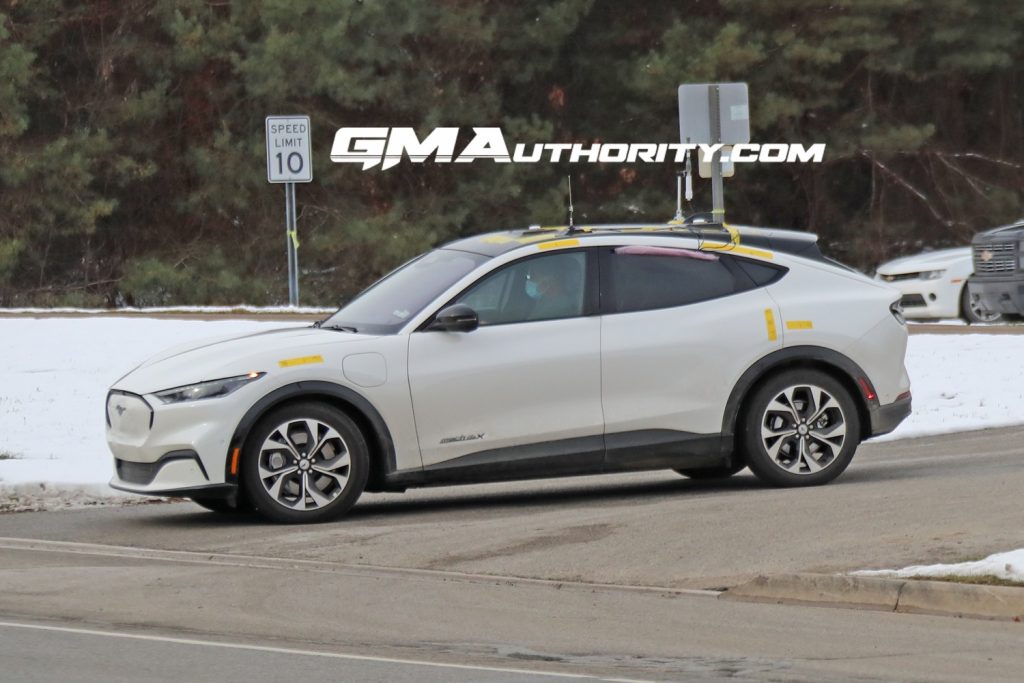 With that covered, let’s talk about what we see here. This particular example is the Premium trim, which slots in above the Select in the Mach-E’s trim level stair step. The “X” on the Mach-E nameplate badge on the front doors also indicates that this example is equipped with the extended-range battery. The powertrain consists of an 88-kWh battery with 376 Li-ion cells with 150-kW DC quick charge capabilities. A single motor rated at 290 horsepower (216 kW) and 316 pound-feet of torque drives the rear wheels. Driving range per charge is rated at 300 miles, while the sprint from zero to 60 mph takes an estimated 6.1 seconds. 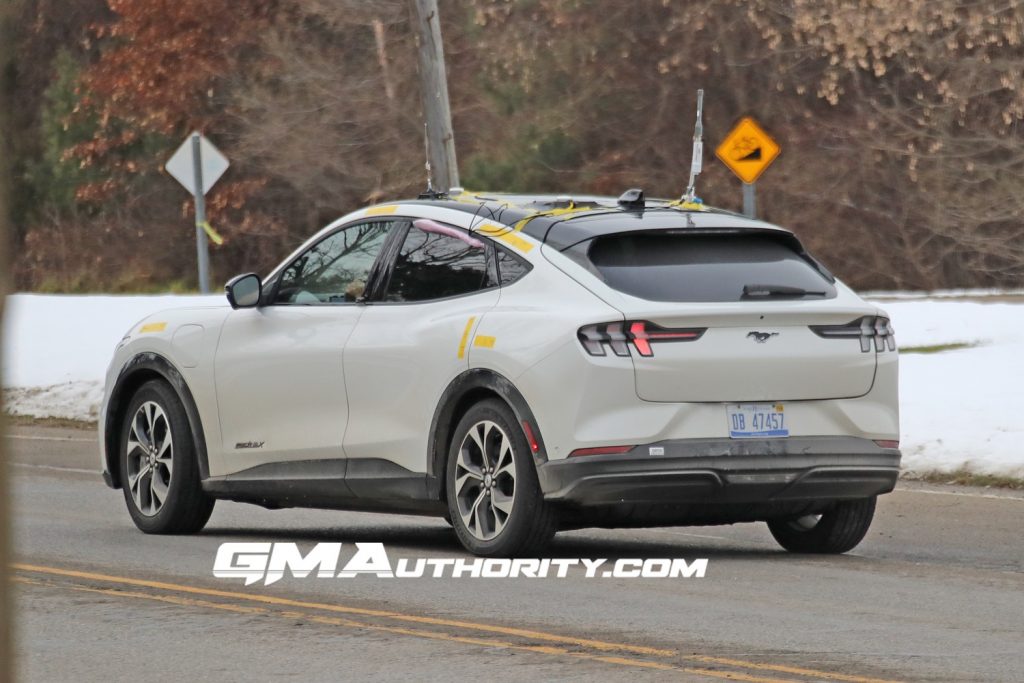 As covered in-depth by Ford Authority, the Mustang Mach-E is performing quite well with both critics and customers alike, quickly outselling the ICE-powered Ford Mustang just a few months after launch. Back in October, Ford said it was on pace to deliver 50,000 units of the Mustang Mach-E by the end of the year, a feat that’s doubly impressive when considering the constraints of the ongoing global microchip shortage. Sales are set to surpass the Chevy Bolt EV as well. What’s more, the Mach-E continues to hold a spot in Kelley Blue Book’s top ten most-considered electrified models, while also being recommended by Consumer Reports. 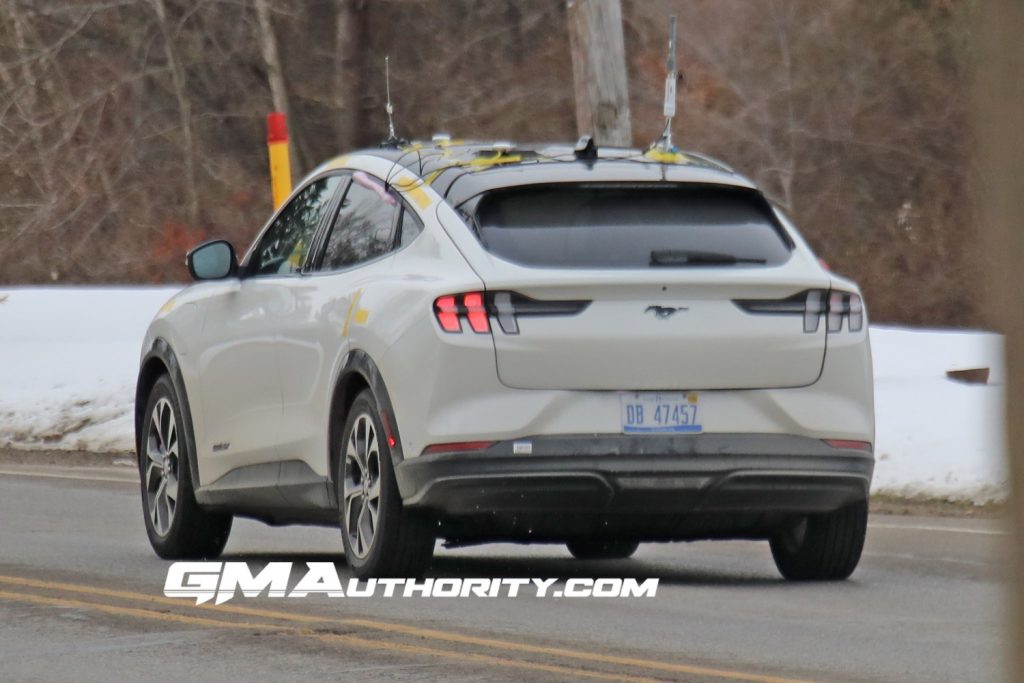 Back to the GM camp, the Detroit-based automaker continues to progress towards its goal of launching 30 new EV models globally by the 2025 calendar year. To that end, GM has increased its investment in EVs and autonomous vehicles to $35 billion by mid-decade.