This new GM trademark filing seems to suggest that General Motors is looking to use the Powerhub moniker for a feature that enables owners to plug electric devices into their vehicles. We wouldn’t be at all surprised if The General wound up using the Powerhub brand similar to Pro Power Onboard – a feature offered by GM’s cross-town rival Ford Motor Company. Pro Power Onboard is currently offered on the F-150 and F-150 PowerBoost (hybrid). It will also be offered on the upcoming F-150 Lightning (battery electric) truck. 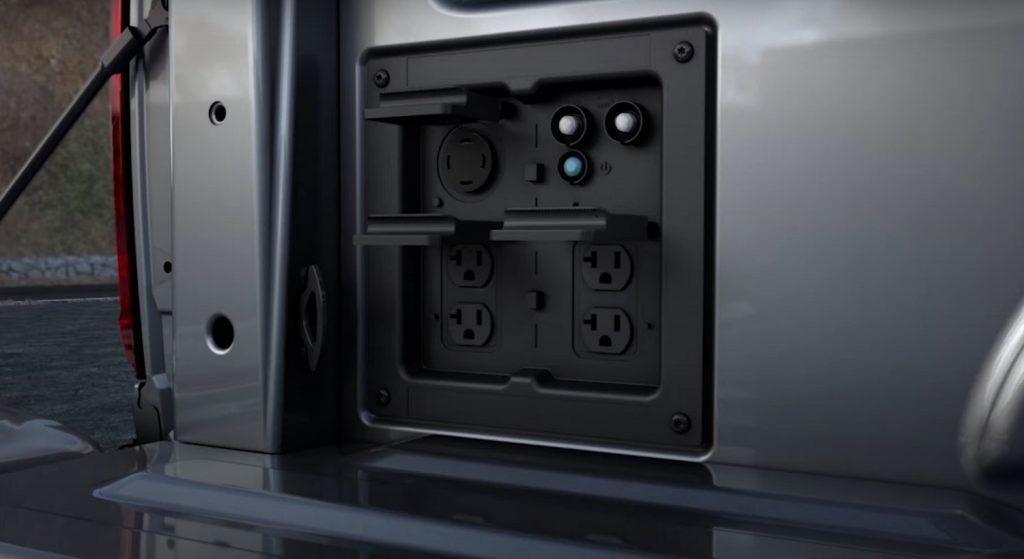 Pro Power Onboard enables the truck to deliver generator levels of exportable power for work sites, camp sites and anywhere in between thanks to a bevy of household outlets, along with the necessary hardware to back it all up. Output ranges from 2.0 kilowatts on F-150 models with gasoline internal combustion engines and either 2.4 kilowatts or 7.2 kilowatts on the F-150 PowerBoost. On the electric F-150 Lightning, output ranges from 2.4 kilowatts to 9.6 kilowatts. Power is accessible via outlets in the cabin or in the bed, and outlets range from 120-volt 20-amps to 240-volt 30-amps, depending on model. The F-150 Lightning also features outlets in the front trunk (frunk). In some guises, the Pro Power Onboard feature is even capable of powering a house – particularly useful in the event of a power outage. 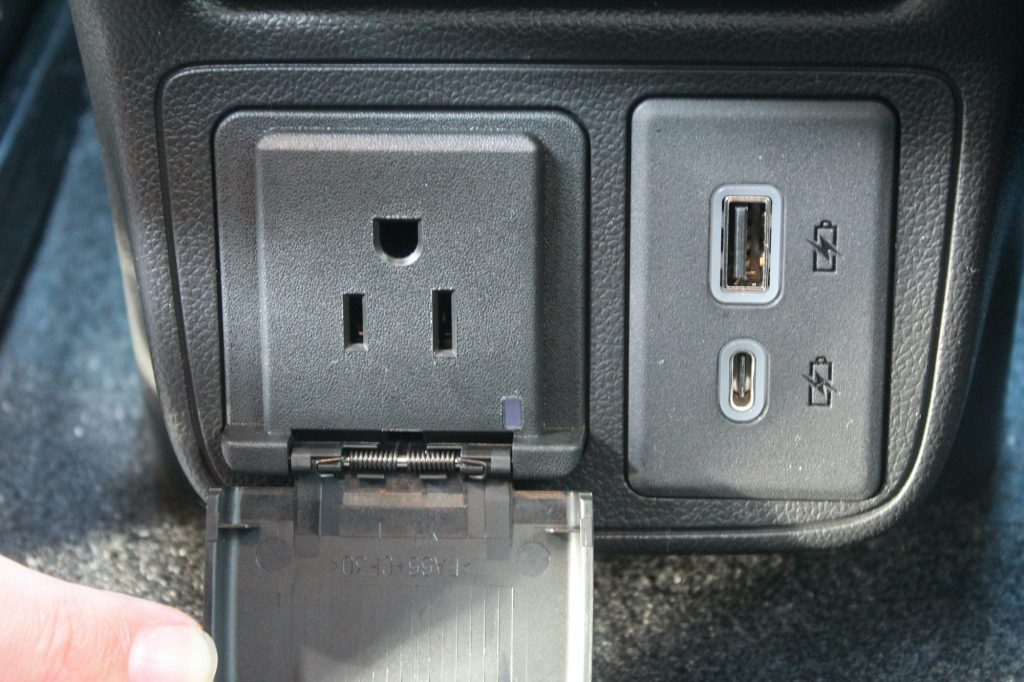 While GM has offered household outlets in its vehicles for years, the arrival of Pro Power Onboard in the 2021 and newer F-150 gave Ford a competitive edge thanks to significantly higher output levels. To that end, it’s highly likely that GM has been hard at work in strengthening its onboard power delivery feature, which it could brand Powerhub. 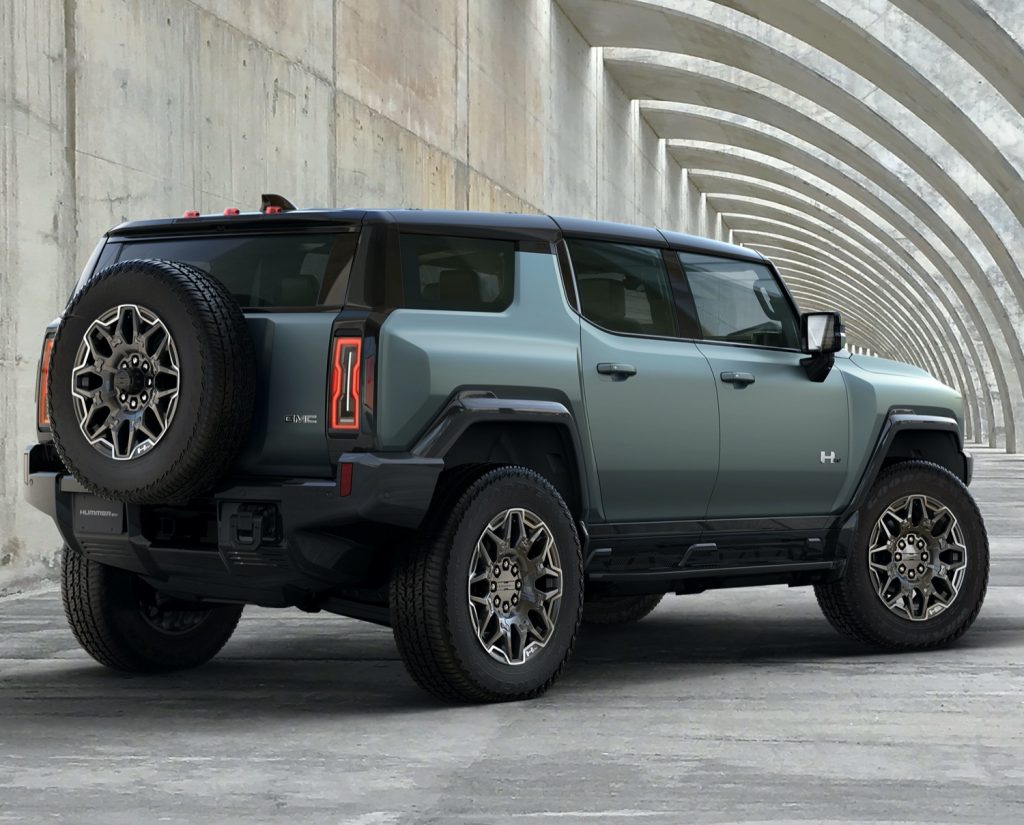 It’s worth noting that Powerhub appears to be different from the Power Station feature, which was recently announced for the 2024 GMC Hummer EV SUV. Power Station will be able to draw 3 kilowatts of power from the vehicle’s battery, and will feature both 120V and 240V outlets. Users will also be able to charge another electric vehicle through the 240V outlet at 19.2 kW AC.

With Power Station seemingly reserved for the GMC Hummer EV SUV (at least for the time being), it’s possible that GM will roll out Powerhub on its ICE-powered vehicles such as the Chevy Silverado and GMC Sierra. Alternatively, GM could be reserving Powerhub for another brand outside GMC/GMC Hummer, such as Chevrolet and its upcoming, all-electric Silverado E, which is set to be revealed next month.

We’ll be here to tell you how this all plays out, so be sure to subscribe to GM Authority for more GM trademark news, GM technology news, and around-the-clock GM news coverage.