FedEx has published a video to its YouTube channel celebrating the delivery of the first of its BrightDrop EV600 electric delivery vans to one of its facilities in California.

The logistics company purchased 500 examples of the BrightDrop EV600 following its unveiling at CES 2021 and received the first five vehicles last week. The video published to its YouTube channel shows the company unloading the BrightDrop EV600 vans off of a flatbed and plugging them into a DC fast charger for the first time. FedEx says it will begin making deliveries with the zero-emissions vans in the near future. 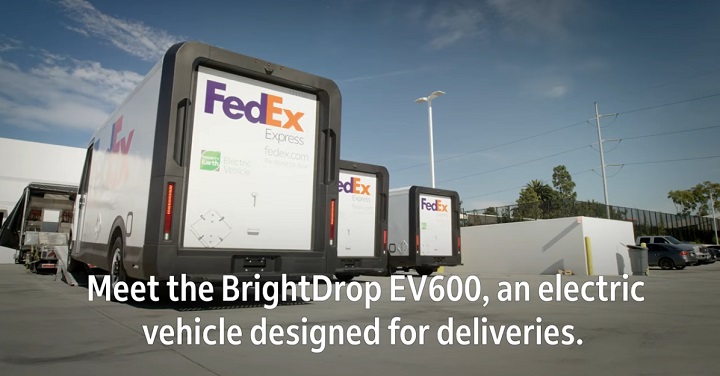 Mitch Jackson, chief sustainability officer at FedEx, said last week that the delivery of the BrightDrop EV600 vans is an important step in the company’s goal to make its business fully carbon neutral by 2040.

“The delivery of the first BrightDrop EV600s is a historic moment, born out of a spirit of collaboration between two leading American companies,” Jackson said. “At FedEx, transforming our pickup and delivery fleet to electric vehicles is integral to achieving our ambitious sustainability goals announced earlier this year. This collaborative effort shows how businesses can take action to help usher in a lower-emissions future for all.” 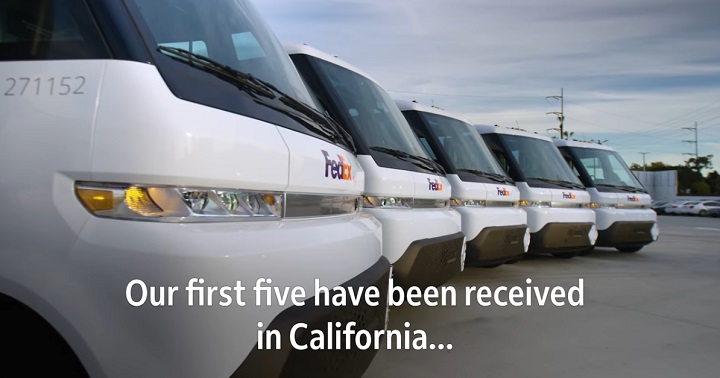 The first BrightDrop EV600 models are being produced by a German supplier called Kuka AG. Full-scale production will eventually take place at the GM CAMI Assembly plant in southern Ontario, which is currently undergoing renovations in order to accommodate this change. The GM CAMI plant currently produces the Chevy Equinox and will not transition to BrightDrop EV600 production until November of next year.

The BrightDrop EV600 rides on a dedicated EV architecture and taps GM’s Ultium model battery design and Ultium drive motor technology. The dual-motor, all-wheel-drive van has an estimated range of around 250 miles and boasts 600 cubic feet of cargo space at a GVWR of less than 10,000 pounds. It will eventually also launch in a single motor front-wheel-drive configuration.