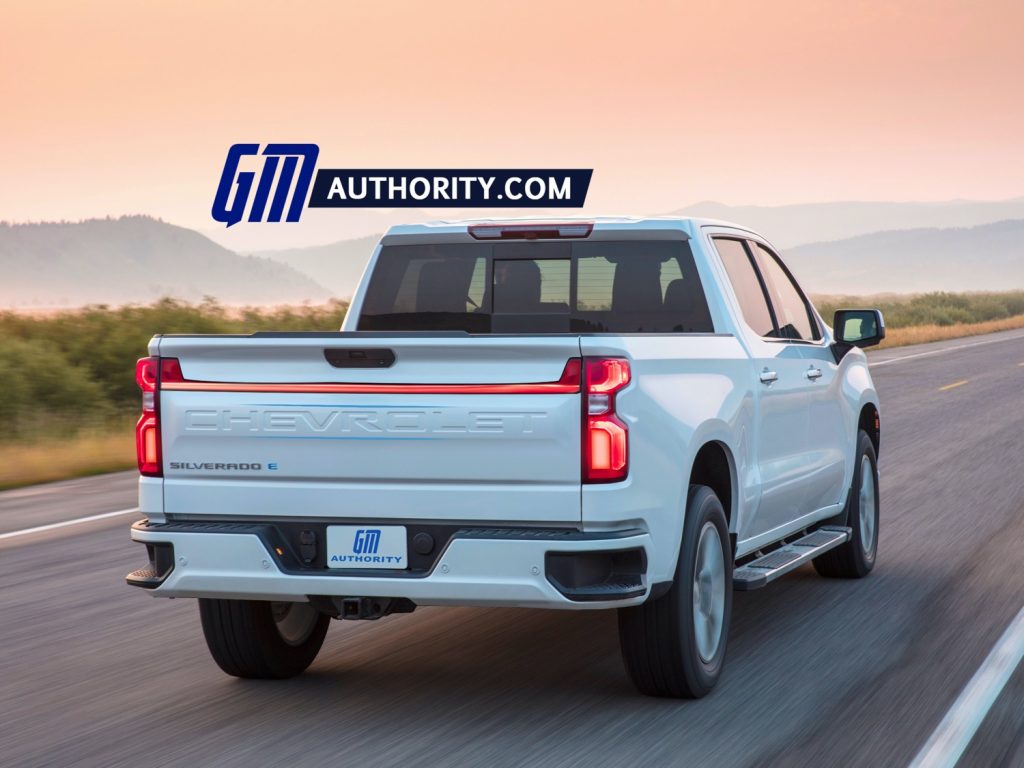 Per a recent report from Reuters, General Motors Executive Vice President Doug Parks confirmed the production timeframe of the upcoming Chevy Silverado E during a recent investor conference. Parks also indicated that the Chevy Silverado E will will be followed by several other GM electric vehicles throughout the 2023 calendar year, including the Chevy Silverado E’s corporate cousin, the GMC Sierra E pickup truck.

The Chevy Silverado E is slated for a debut at the Consumer Electronics Show early next month during a keynote presentation delivered by General Motors CEO Mary Barra. Specs include a full ground-up design geared specifically for an all-electric powertrain, with GM’s Ultium battery technology and GM’s Ultium electric motor technology onboard for motivation. Range-per-charge is expected to be around 400 miles.

Additionally, the Chevy Silverado E will offer four-wheel steering, which will give the truck greater agility and a tighter turning radius at low speeds, plus improved handling and stability at higher speeds. The four-wheel steering system will also enhance the pickup’s trailering dynamics.

Further features confirmed thus far include available 24-inch wheels, coinciding with a statement made by GM design chief Michael Simcoe in 2019 that the automaker was moving towards larger wheel diameters on its production vehicles, including 24 inches 26 inches.

Up top, the Chevy Silverado E will feature an available fixed-glass roof, a first for GM’s full-size pickup nameplate. In addition to providing more ambient lighting in the cabin, the roof will also enhance visibility and provide greater headroom. The cabin will also come equipped with a huge infotainment screen on the dash.

Both fleet and retail versions of the Chevy Silverado E will be offered.