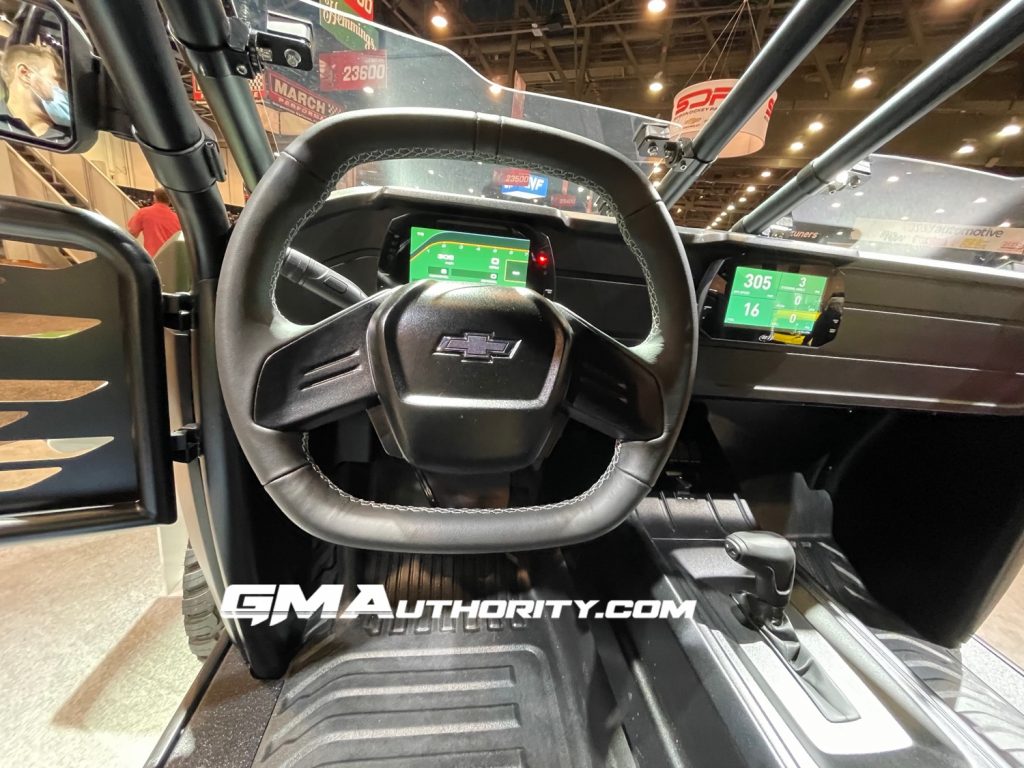 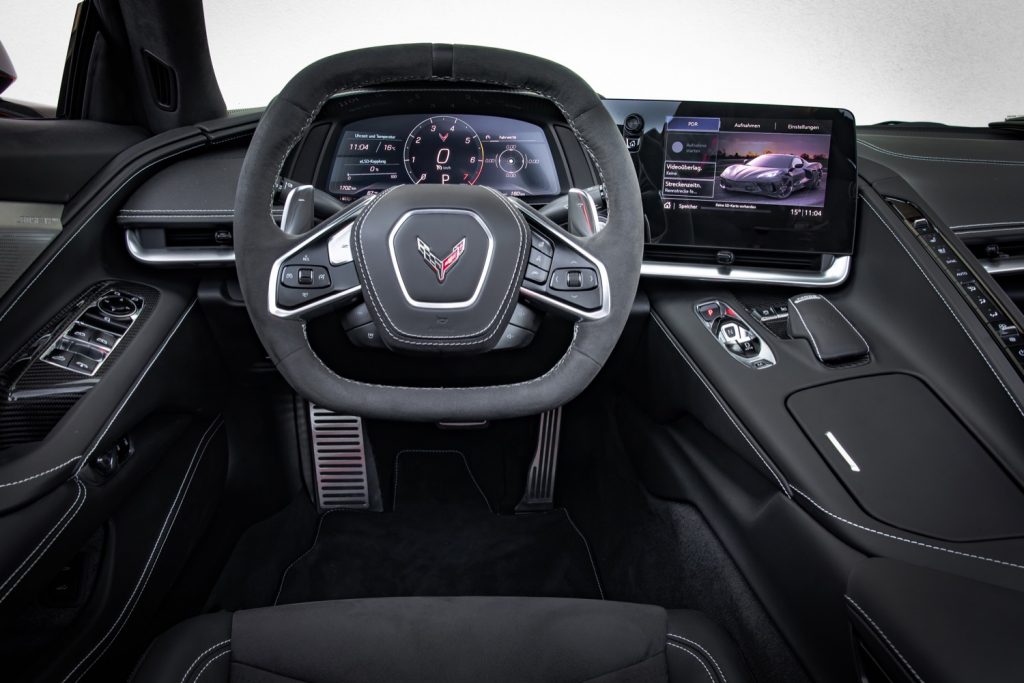 As it turns out, the Chevy Off-Road Concept incorporates the same squared-off steering wheel as the mid-engine Corvette C8. As we can see, the design is pretty much identical, save for some minor modifications by way of removal of the buttons on the steering wheel spokes, deletion of the trim, and replacement of the crossed-flags logo in the center with a new Chevy Bow Tie.

As GM Authority exclusively covered earlier this month, General Motors changed the name of the Chevy Beast concept to the Chevy Off-Road concept  after “an entity objecting to [the] use of the Beast name” approached Chevrolet, per a statement made to GM Authority by Chevrolet Communications Director Shad Balch. 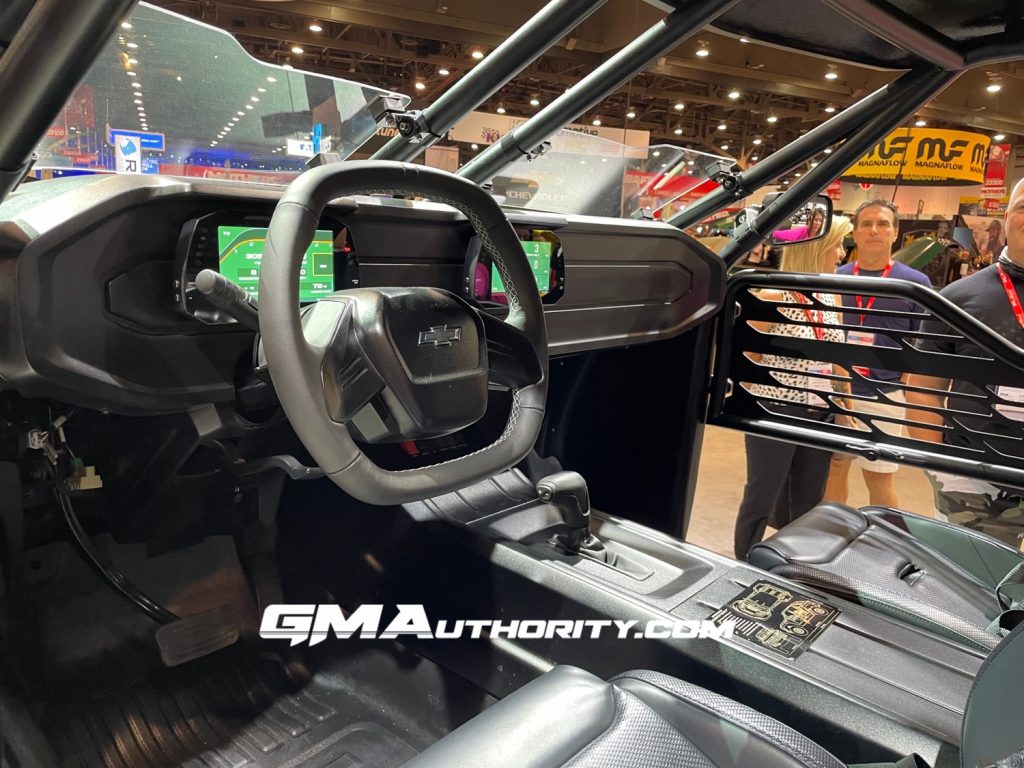 Regardless of the name, this machine is impressive, rocking the supercharged 6.2L V8 LT4 gasoline engine for motivation. Output comes to a terra-churning 650 horsepower and 650 pound-feet of torque, all of which is sent through a 10-speed automatic transmission and two-speed transfer case. 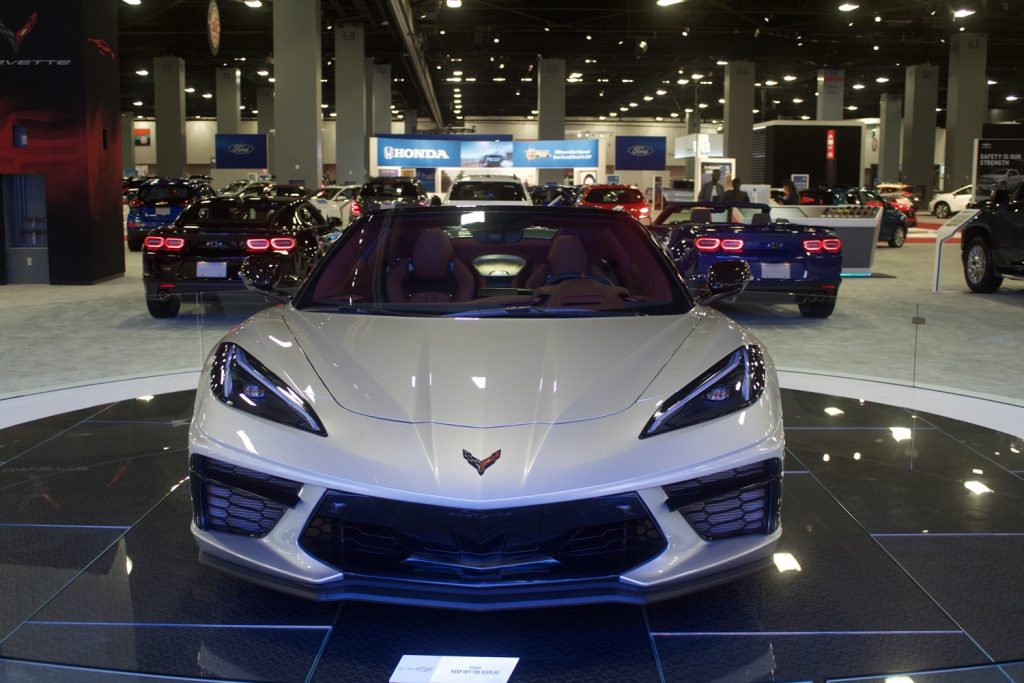 As for the vehicle that donated the steering wheel, the Chevy Corvette C8 Stingray cradles the naturally aspirated 6.2L V8 LT2 gasoline engine, with output rated at 495 horsepower and 470 pound-feet of torque with the factory performance exhaust system. Power is sent to the rear wheels via an eight-speed dual-clutch automatic transmission. Underpinning the C8 Corvette is the mid-engine Y2 platform. Production takes place exclusively at the GM Bowling Green plant in Kentucky.