General Motors not only continues to manufacture and market the second-generation Chevy Cruze in South America – the only region in the world where the vehicle has not yet been discontinued, but it successfully competes with the model in major automotive tournaments in the region. In fact, the Cruze has just simultaneously won the most important racing championships in Brazil and Argentina. 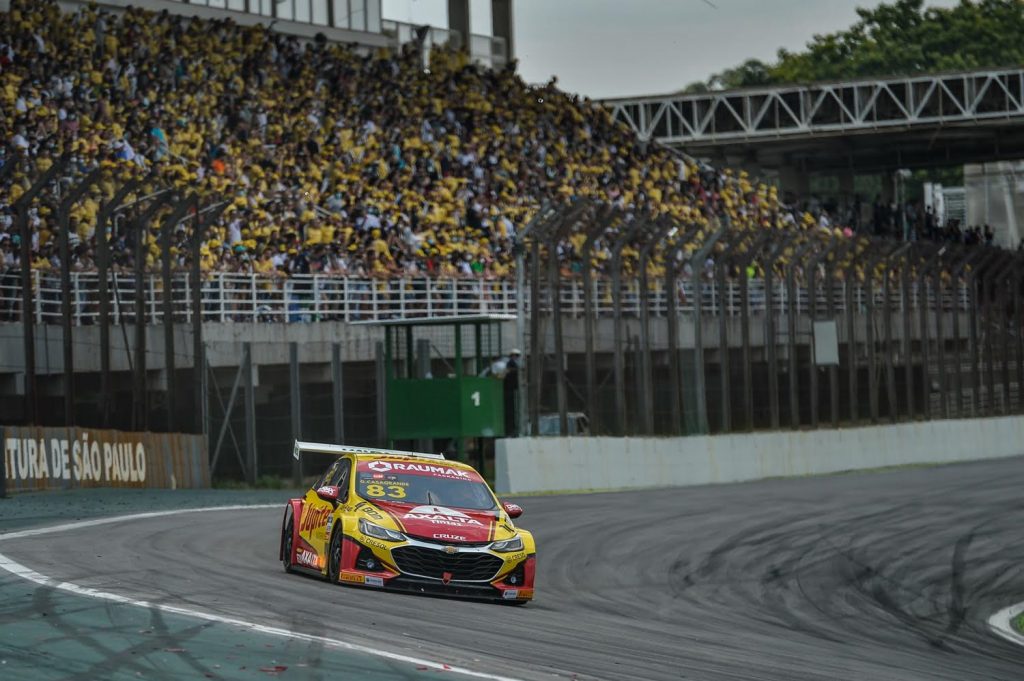 The automaker announced that the Chevy Cruze claimed both the 2021 Stock Car Championship in Brazil and the 2021 Super TC200 in Argentina, the two leading South American motorsport championships. Notably, this is the first time that Chevrolet‘s compact vehicle has been victorious in both race tournaments in the same season, demonstrating the high level of competitiveness achieved by the brand. 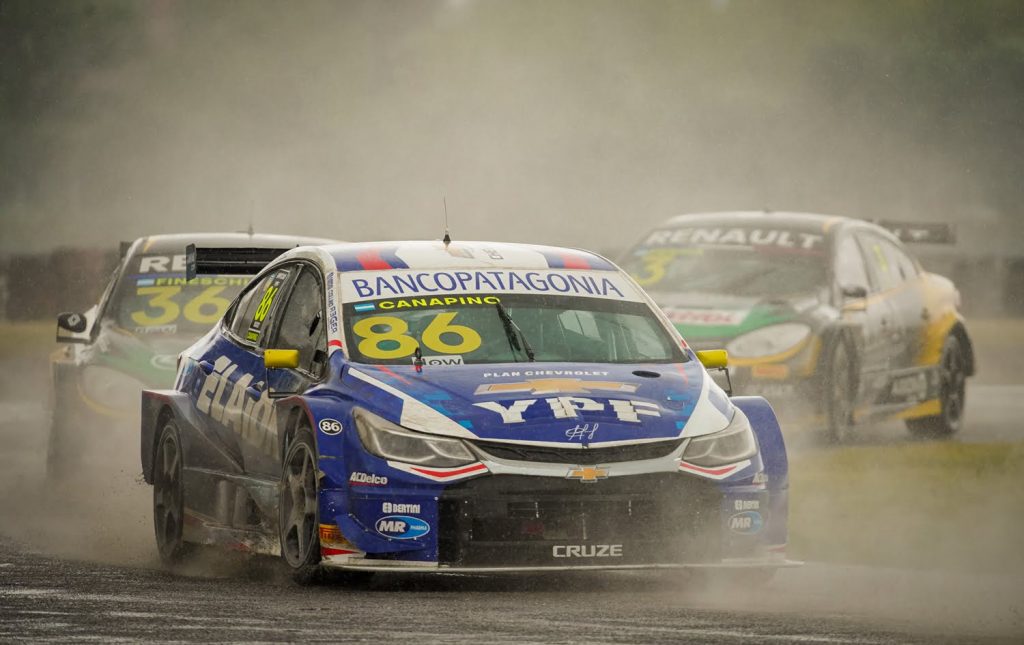 “This is the first time that the Cruze takes the title in the Stock Car and the Super TC2000 simultaneously. Winning in the two main categories of Brazilian and Argentine motorsport in the same season is an unprecedented and very gratifying achievement for Chevrolet,” said Marketing Experience Manager at GM South America, Jorge Maiquez, in a statement. “Our brand brings together extremely talented drivers, very professional teams and extremely competitive cars. A formula that has been evolving to offer more and more emotion to the public,” he added. 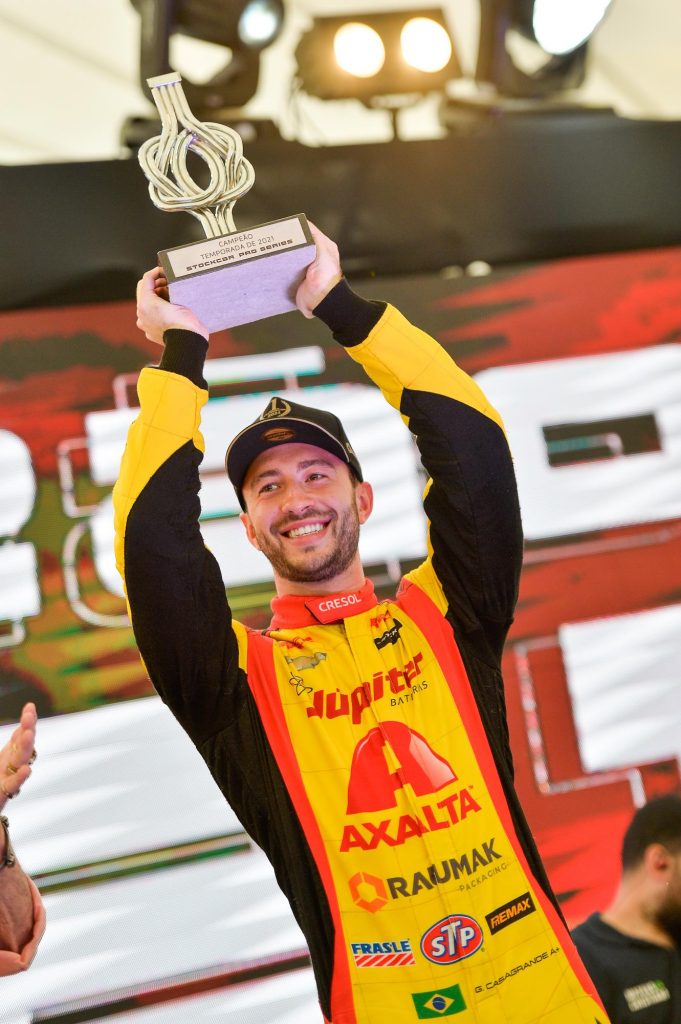 Pilot Gabriel Casagrande – Champion of the 2021 Stock Car of Brazil

In Brazil, driver Gabriel Casagrande was the champion of the 2021 season by obtaining 378 points with the Chevy Cruze Stock Car, specifically designed for this competition equipped with a 550-horsepower V8 engine. The win, which comes exactly one year after the Chevrolet team won the 2020 season, marks the Cruze’s fifth straight title and the brand’s 36th in the competition.

Pilot Agustín Canapino – Champion of the 2021 Super TC2000 of Argentina

Meanwhile, driver Agustín Canapino was established as the 2021 Super TC2000 champion of Argentina with a total of 221 points aboard the Chevy Cruze TC2000 of the Chevrolet YPF team, which includes the car’s original body with specific equipment to exceed 300 km/h on the slopes. This is the second time the Cruze has won the Super TC2000 championship, following Canapino’s own victory in the 2016 season. 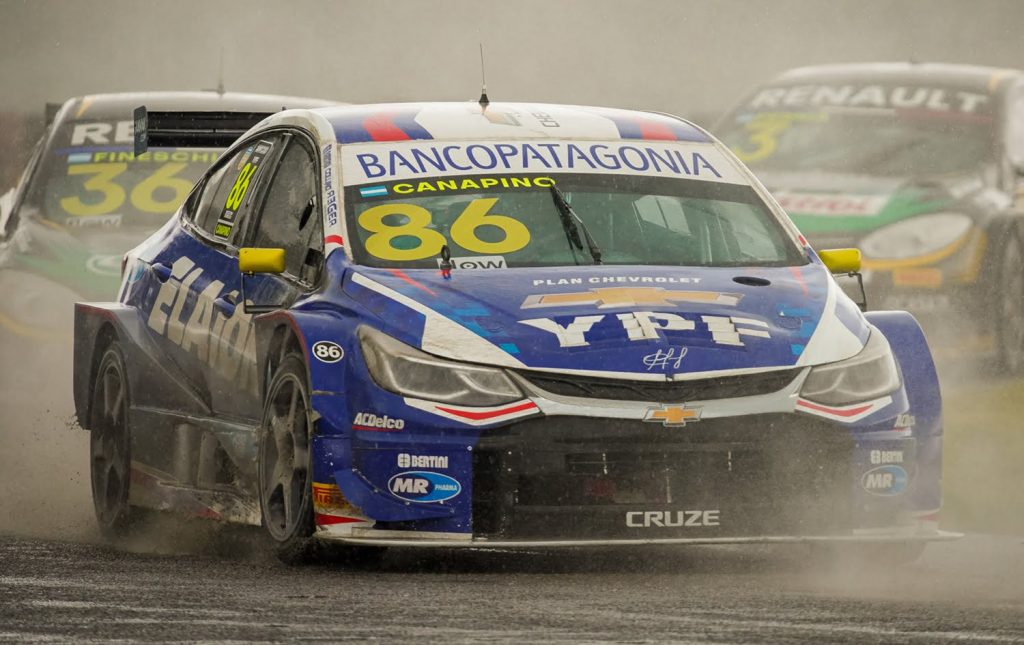 Both racing championships have a long history in South American motorsports, led by the Brazilian Stock Car that was born in 1979 with Chevrolet as the founding brand. The Chevy Cruze competition models for the Stock Car and the Super TC2000 have mechanical and structural differences adapted to the regulations of each category, but are based on the model manufactured at the GM Rosario plant and were released at the end of 2016 with the current-generation Cruze.