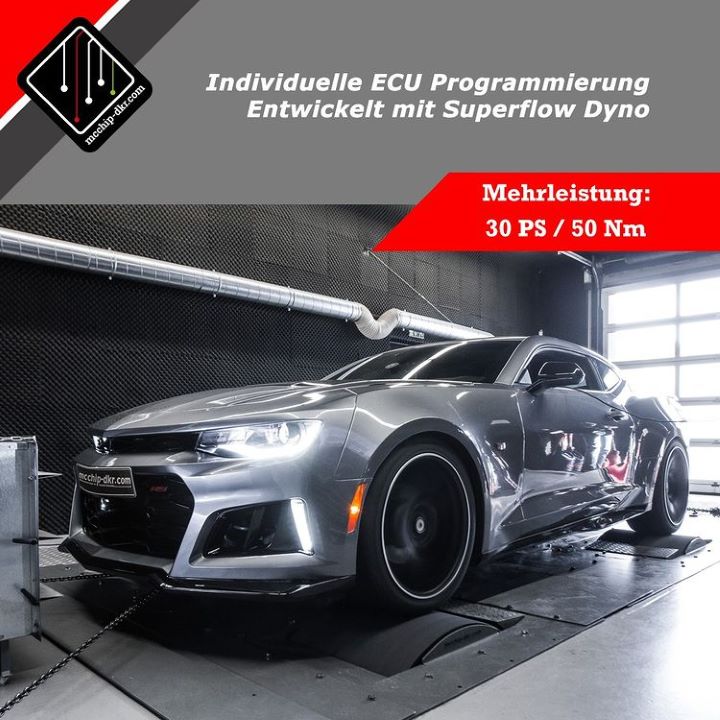 This aftermarket engine map is compatible with 2016 and up Chevy Camaro models equipped with the 2.0L turbocharged LTG four-cylinder engine and either the six-speed manual or eight-speed automatic transmission. This software can also be installed in both the hardtop coupe and soft-top convertible Chevy Camaro models.

McChip released photos of its four-cylinder Chevy Camaro development vehicle on the dyno this week, which appears to be a post-refresh model equipped with an aftermarket Chevy Camaro ZL1-style front fascia, aftermarket alloy wheels and a gloss black-painted factory rear spoiler. 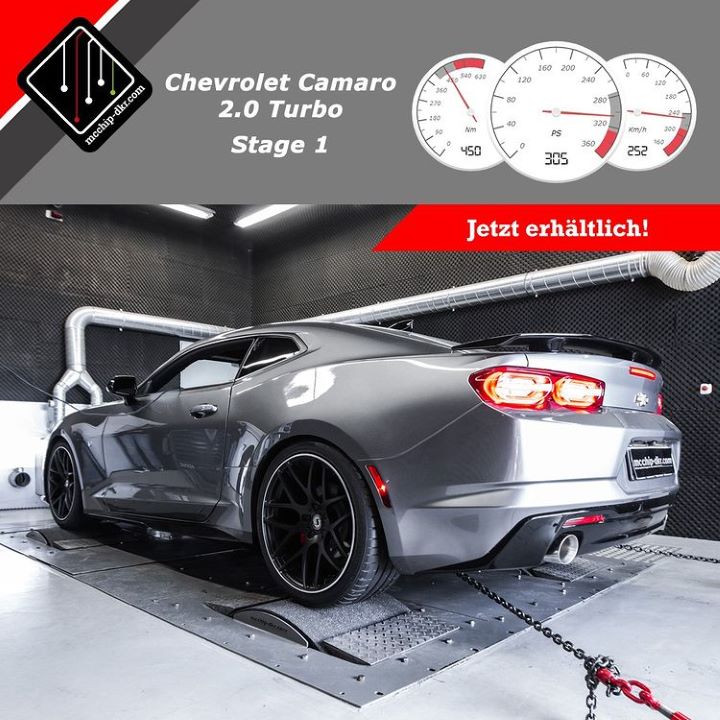 McChip-DKR also has a Stage 1 engine map available for the Chevy Camaro LT1 and SS equipped with the 6.2L LT1 V8 engine, which bumps output from 455 horsepower and 455 pound-feet of torque to 475 horsepower and 468 pound-feet. Both of the company’s engine tunes for the sixth-generation Chevy Camaro start at €999.00, which is equivalent to $1,129.55 at the current exchange rate.

GM applied a number of minor cosmetic changes to the Chevy Camaro for the 2022 model year. This includes the deletion of the LT 1LE Track Performance Package and expanded availability for the Wild Cherry Design Package, which is now simply referred to as the Design Package since it is available with the two new color options, Vivid Orange and Rapid Blue. Additionally, a new Design Package 3 is joining the lineup while the pre-existing Design Package 2 becomes available on 1LT, LT1, and 1SS models.