An ambitious and rather brave Chevy fan is attempting to build a custom-bodied C8 Corvette Stingray inspired by the legendary C2 Corvette in their driveway. 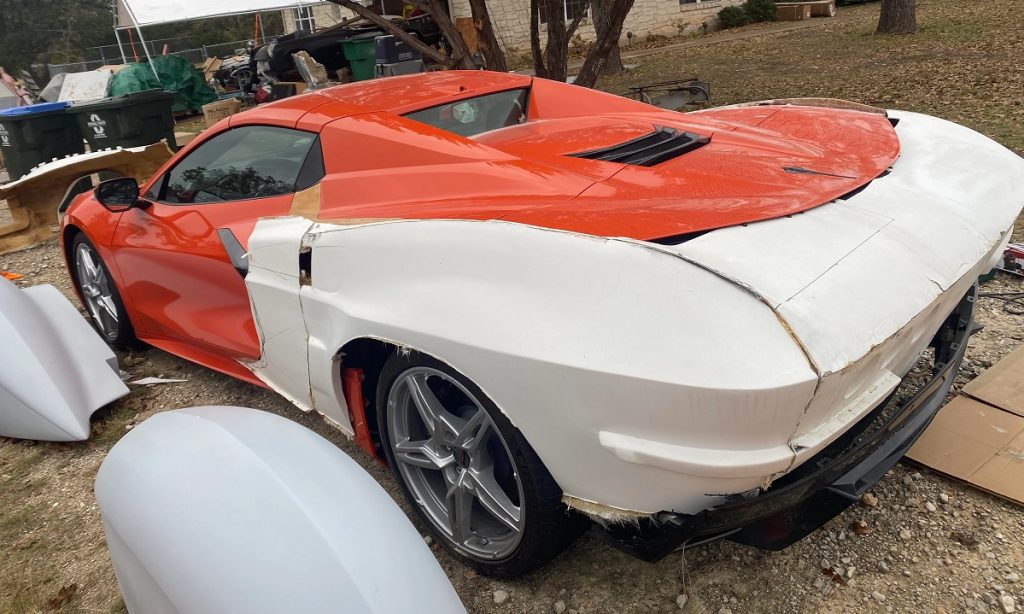 Photos of this highly questionable build were shared to the aptly named /r/ShittyCarMods subreddit this week. The images show a C8 Corvette Stingray with homemade fiberglass body panels inspired by the C2 Corvette, along with C2 Corvette taillights and cutouts for pop-up headlamps. The original poster says they’ve known the owner of this car for over 20 years and that they’ve built several custom-bodied Corvettes in the past – although this latest project certainly seems like the most ambitious one they’ve undertaken. 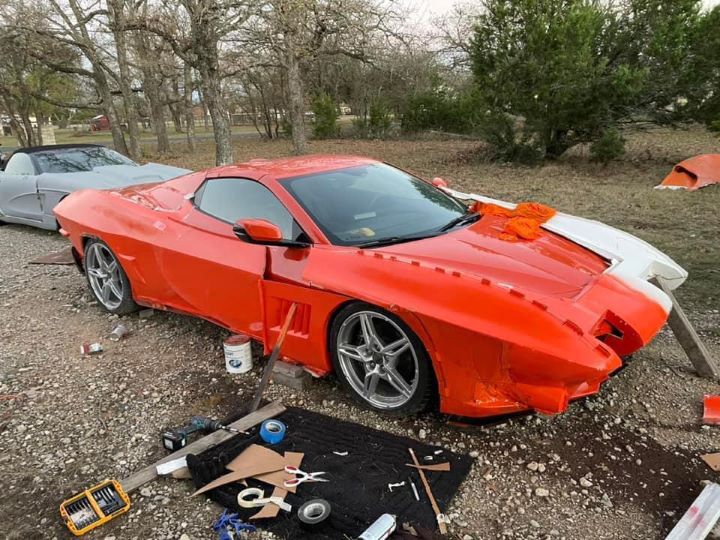 The builder appears to have an infinity for modern-day Corvettes with retro styling, two separate C5 Corvette Convertibles with styling inspired by the original C1 Corvette can be seen parked behind the C8. The same person allegedly built those two vehicles as well, so while this C8 Corvette project seems difficult to execute, the person behind the project certainly seems to know what they are doing. We certainly hope they know what they are doing, anyway, as they chose a brand new C8 Corvette as their starting off point. 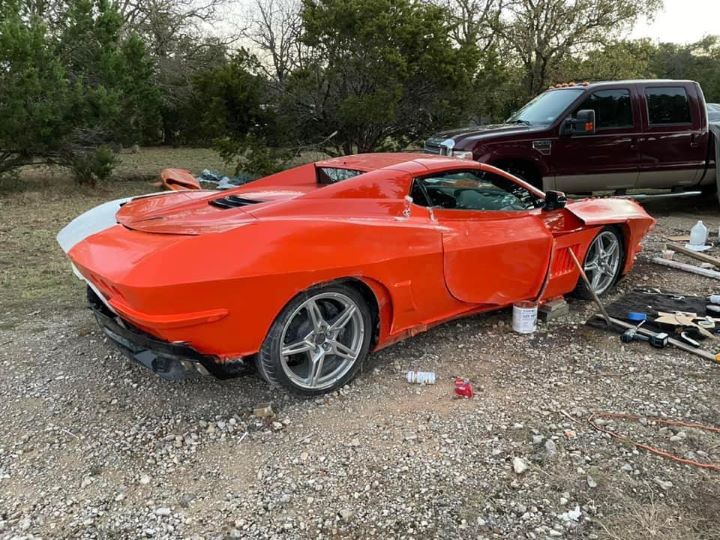 The styling of the C2 Corvette seemingly would not carry over to a mid-engine platform very well, but we’ll save our judgements about this homemade coachbuilt Vette until it’s finished. We’re also eager to see how the builder plans to keep the engine cool, as the fibreglass bodywork has covered up the vehicle’s side intake vents and heat exchangers. The front fascia isn’t complete, however it also looks as though it would cover up the front intake vents and heat exchangers.

Feel free to let us know what you think of this oddball C8 Corvette Stingray in the comments below.