The 2023 Genesis G90 was unveiled by the Korean luxury automaker this week, giving us an early preview of the full-size luxury sedan ahead of its arrival in North America next year.

While Genesis is powering ahead with its full-size sedan, General Motors has long since abandoned the segment after prematurely pulling the plug on the Cadillac CT6 program in North America last year. The Cadillac CT6 may no longer be sold or produced in North America, but it remains a part of the luxury brand’s vehicle portfolio in China. 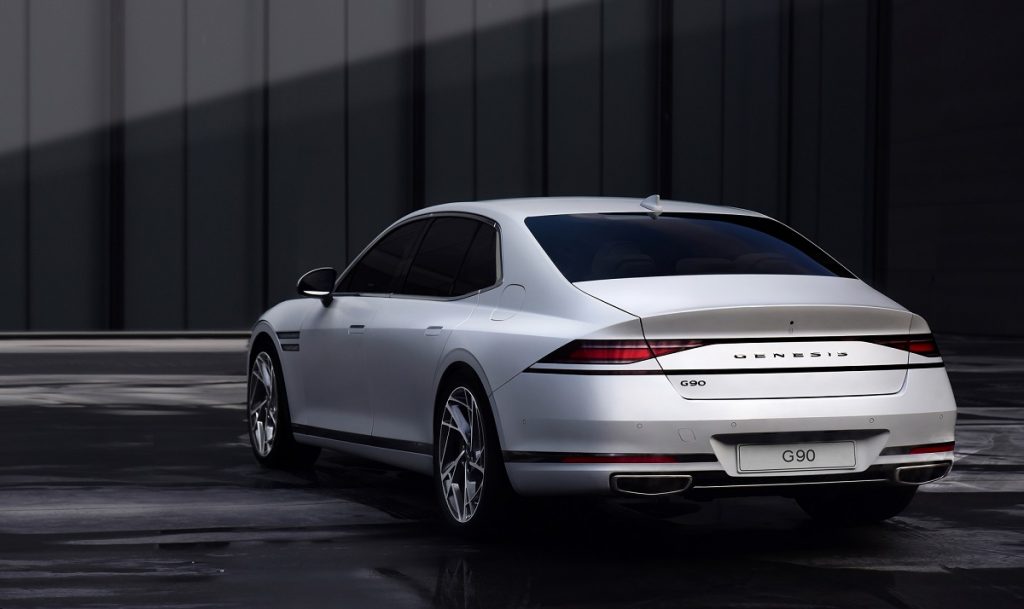 Technical details of the 2023 Genesis G90 remain under wraps, with the automaker only releasing details on its exterior styling. The interior design of the vehicle also remains a secret for now.

Genesis hopes the latest iteration of its flagship model will reshape the luxury sedan segment in all markets it currently operates in.

“G90 will redefine the flagship luxury design experience in a unique way only offered by Genesis.” said Head of Genesis Global Design, SangYup Lee. “G90 is the ultimate expression of Athletic Elegance that carefully balances dynamic driving and an elegant rear seat experience.” 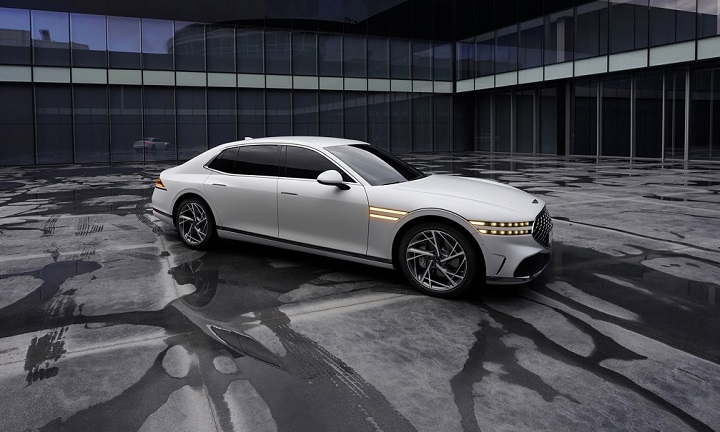 Power in the 2023 Genesis G90 will likely come from the brand’s twin-turbocharged 3.5L V6 engine, which produces 375 horsepower and 391 pound-feet of torque in the 2022 Genesis G80 mid-size sedan. Genesis previously offered a naturally aspirated 5.0L V8 engine in the G90, but rumors indicate this engine will not make the cut for the 2023 model year. All-wheel-drive will likely be offered as an option, with rear-wheel-drive standard. 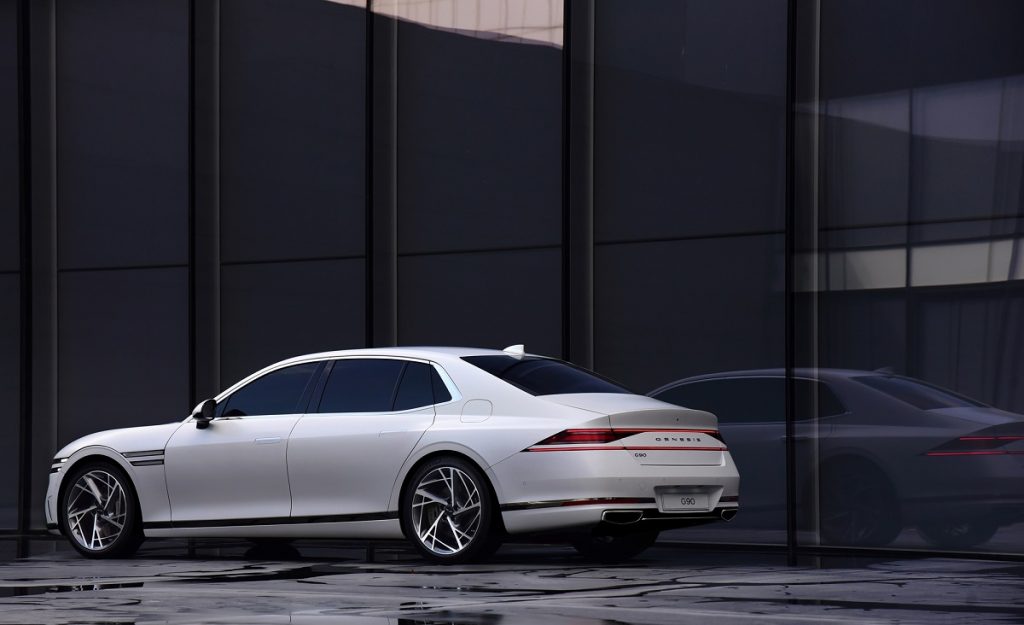 Genesis says “more information on North American market specifications and deliveries will be available at a later date.”

Genesis is poised to remain one of Cadillac’s fiercest rivals this decade, with the brand mimicking the American automaker’s plan to go all-electric by 2030. It’s already begun implementing this strategy with the recent debut of the GV60 – a battery-electric crossover that will compete with future electric crossover offerings from Cadillac.