First launching for the 2017 model year, the Chevy Colorado ZR2 takes Chevrolet’s midsize pickup to a new level of off-roading capability, with the latest 2022 model year following a light update introduced for the 2021 model year. Now, we’re checking out the 2022 Chevy Colorado ZR2 Extreme Off-Road concept, which is equipped with a range of Chevrolet Accessories and Chevrolet Performance upgrades.

Spotted on the floor of the recent 2021 SEMA Show in Las Vegas, this particular 2022 Chevy Colorado ZR2 is covered in a bright orange paint hue dubbed Crush, giving the pickup an eye-catching appearance well-suited to its off-roading capability. The front end features a bold grille treatment finished in Black, with the Chevrolet script laid out across the nose in a horizontal orientation. There’s also a small Chevy flowtie emblem located in the corner underneath the script, while lower in the bumper, we spot a set of red tow hooks and a prominent skid plate. 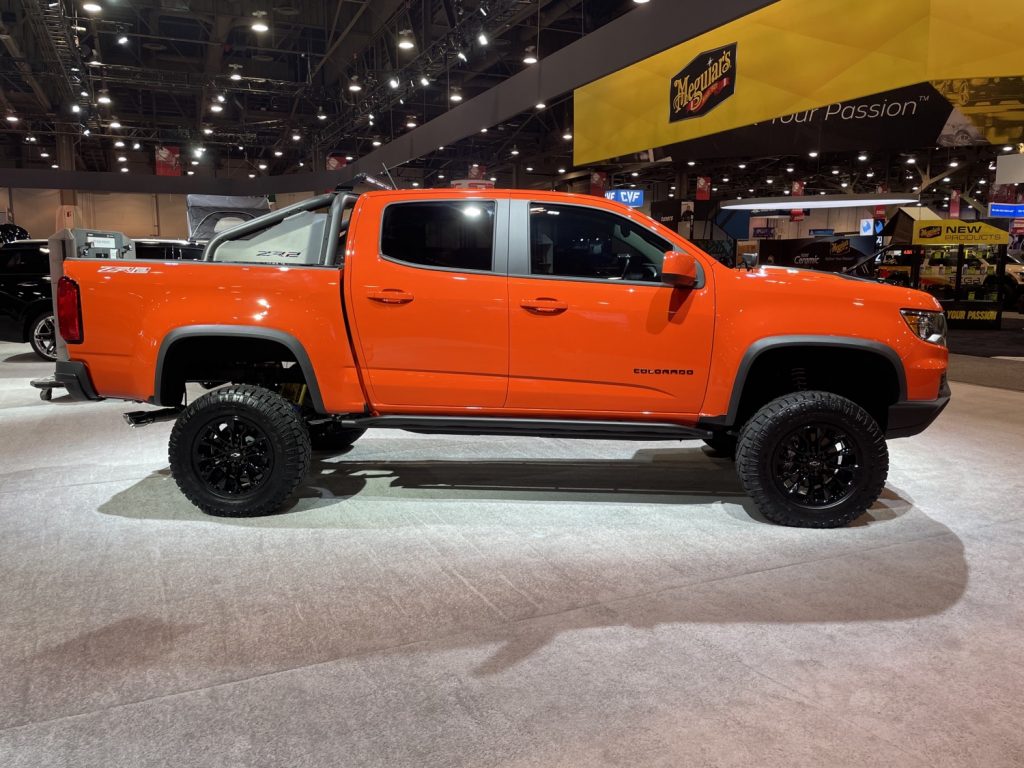 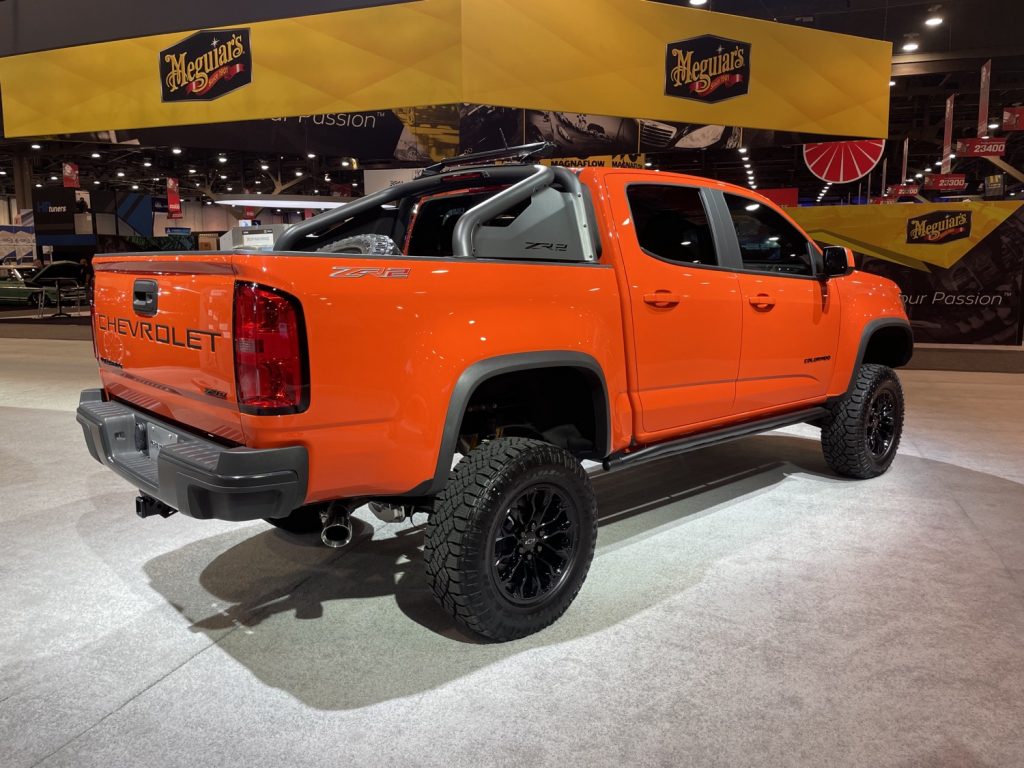 In back, there’s an EZ Lift power locking tailgate, Chevrolet tailgate lettering in black, and black ZR2 emblems. The roof mounts a sport bar with a 30-inch light bar up top, while a polished exhaust pipe is below. 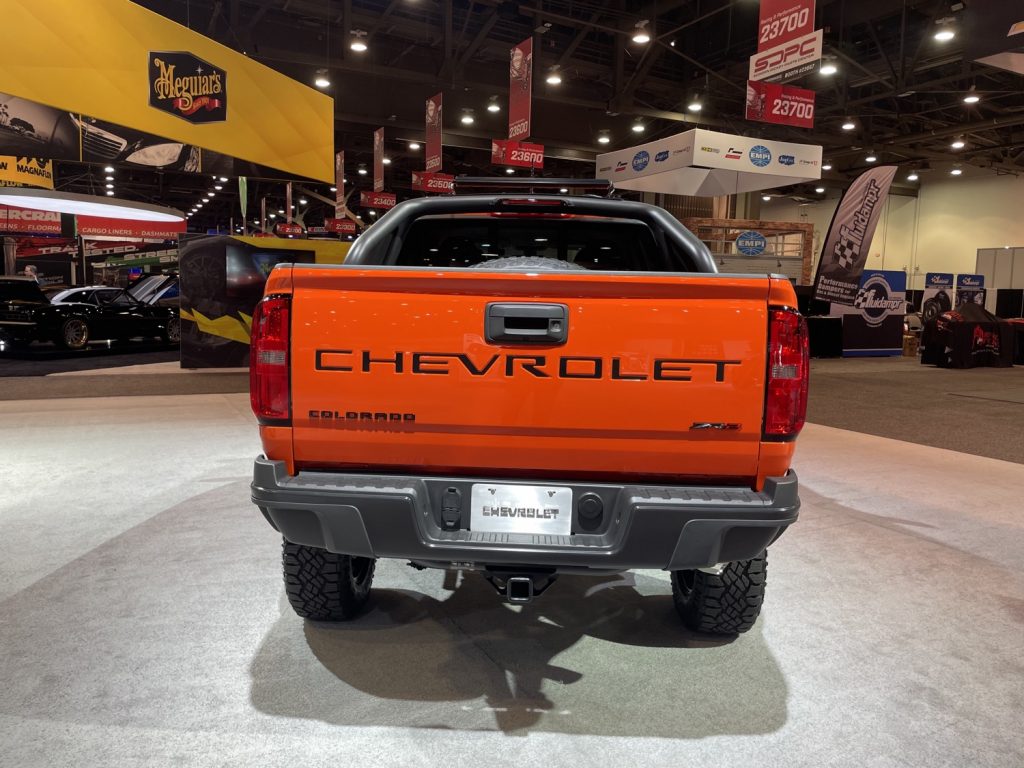 The greasy bits feature the naturally aspirated 3.6L V6 LGZ gasoline engine, which is rated at 308 horsepower and 275 pound-feet of torque from the factory. This particular example is also equipped with a cold-air intake and a new exhaust system. The ‘six sends power through an eight-speed automatic transmission and two-speed Autotrac electronic transfer case, with Eaton electronic locking differentials front and back. Ball spline half shafts are also onboard. 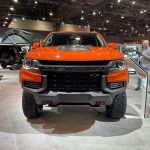 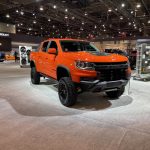 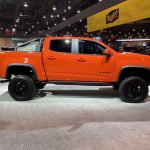 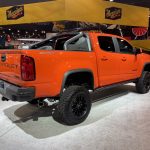 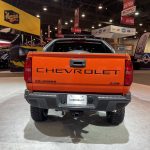 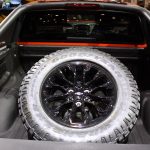 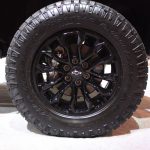 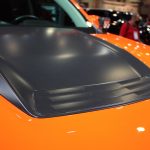 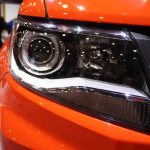 As a reminder, production takes place at the GM Wentzville Plant in Missouri.