The tail end of the ‘60s was a helluva time for car enthusiasts – gas was cheap, horsepower was plentiful, and V8 engines ruled the day. Now, we’re taking it back to the 1969 model year with this drag race battle between an Oldsmobile Hurst/Olds and 1969 Ford Cobra.

Once again coming to us from the Cars And Zebras YouTube channel, the video clocks in at about 6-and-a-half minutes, and includes the usual walkaround video footage, specs, info, and racing at the end. Although there’s a little C&Z humor sprinkled here and there, the video keeps it mostly on-topic. However, if all you want to see is racing, skip ahead to the 3-minute, 30-second mark. 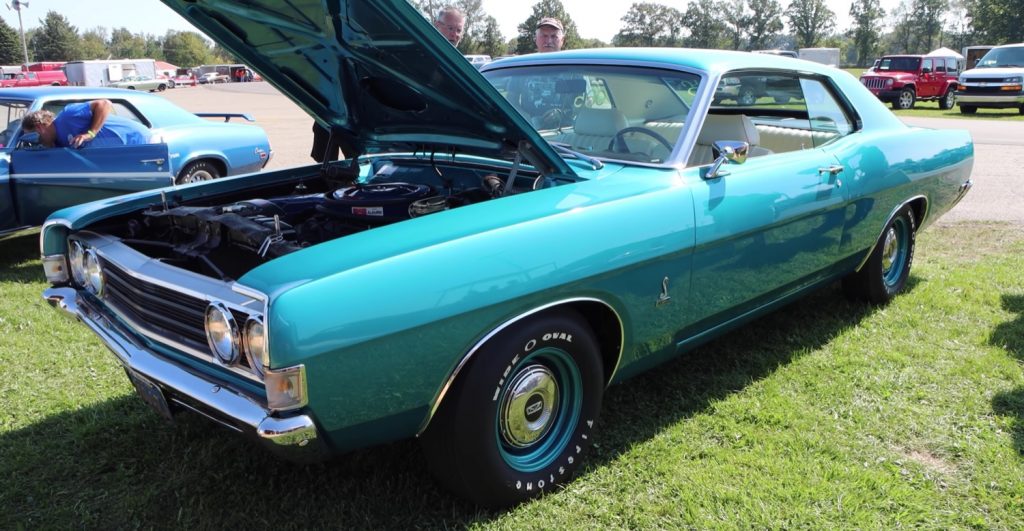 With that covered, let’s check out what each of these rides is bringing to the fight, starting with the 1969 Ford Cobra. As the video host points out, Ford offered the Cobra nameplate as its own model for the 1969 model year, starting with a Ford Fairlane 500, then adding in upgraded suspension components and a few aesthetic changes. Of course, the big party piece was under the hood, where we find a beefy atmospheric 428 V8 Cobra Jet engine producing 335 horsepower at 5,200 rpm and 440 pound-feet of torque at 3,400 rpm, with a compression ratio of 10.6:1. This particular example also features the upgraded three-speed automatic transmission and 3.89 rear gears. 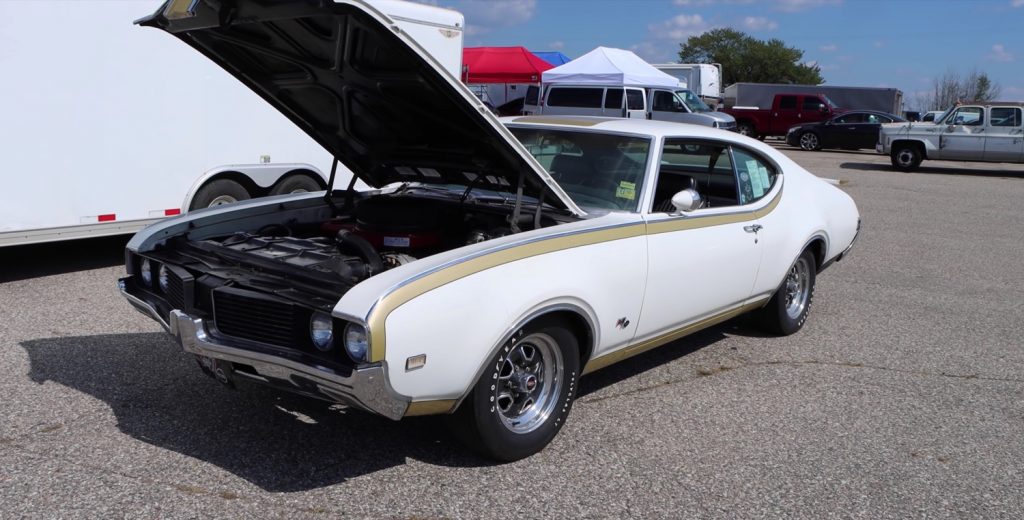 So, what about the other lane? Challenging the Ford Cobra is a 1969 Oldsmobile Hurst/Olds, draped in white paint with stunning gold detailing running down the flanks. Making the go in this machine is a 455 cubic-inch V8 rated at 380 horsepower at 5,000 rpm and a whopping 500 pound-feet of torque at 5,200 rpm. Output is sent rearwards through a three-speed automatic transmission, feeding a set of 3.42 gears.

Which muscle machine will come out on top? Hit play to find out: