The GMC Suburban (these days marketed only as the Chevy Suburban) was developed as a reliable vehicle for large, active families or hobbyists that may need to tow a trailer here and there on weekends. For this reason, the majority of GMC Suburban models lived rather hard lives as utilitarian daily drivers – making it rather hard to come by a well-kept model that has not been restored or modified in any way. 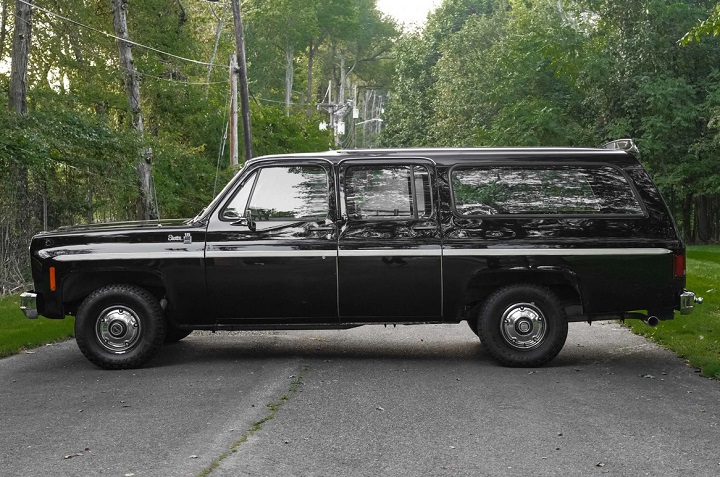 That’s exactly what makes this 1976 GMC Suburban, which is currently for sale via Bring-A-Trailer, so special. The SUV in question was purchased new from Thorpe’s Pontiac in Tannersville, New York and was owned by the original buyer until 2020, when ownership was transferred over to the current seller. It currently sits almost exactly as it did when it left the dealership 45 years ago, although the inner rear tailgate was repainted due to the presence of carpet adhesive that was difficult to remove. The exterior of the tailgate also had dent minor repair performed on it at some point, but apart from these small touch-ups, it remains unaltered. 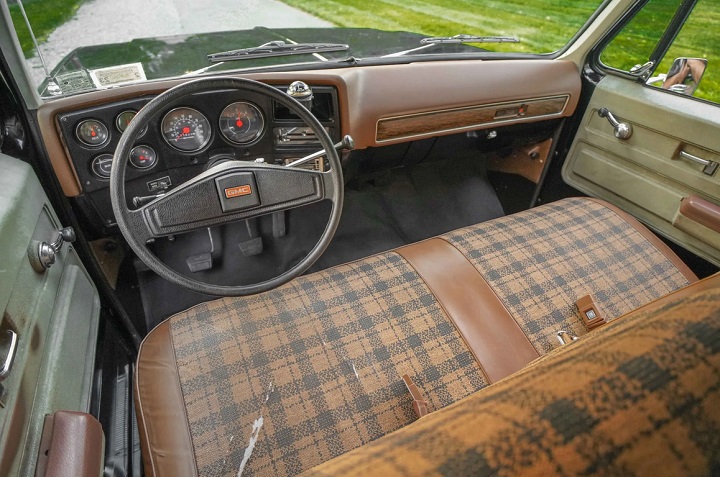 As expected, this survivor GMC Suburban shows some signs of minor wear and tear, including some rust in the passenger-side rear cargo area, worn front seat bottoms and an inoperable coolant temperature gauge. The odometer also shows just 24,000 miles and is believed to have rolled over at some point. For that reason, the true mileage of the vehicle is not known. That said, the 350 cubic inch V8 is in perfect running condition, as is the three-speed column-shifted manual transmission.

Buyers interested in bidding on this 1976 GMC Suburban should know the vehicle will come with partial service records, the original sales invoice, owner’s manuals, and a clean New York title. Bidding sits at $18,500 as of this writing, although there are still two days left before the gavel falls on the sale, so we imagine the final selling price will be quite a bit higher than that.

Check out the listing at this link before the sale concludes later this week.