Besides the announcement of the 1,004-horsepower ZZ632 crate engine, the biggest Chevy news at this year’s 2021 SEMA Show was the debut of the new Chevy Beast concept. This supercharged off-roader, which is based on the Chevy Silverado 1500, was built to showcase the capabilities of the Chevrolet Performance off-road team and is described by the automaker as “a vision for a new dimension,” of capability from the brand. 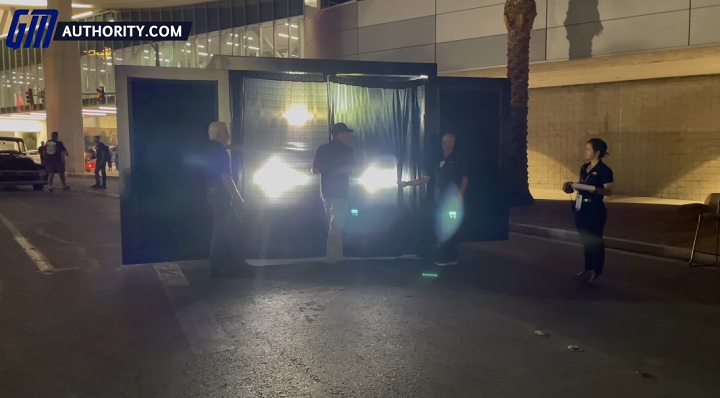 GM Authority was on hand for the live reveal of the Chevy Beast in Las Vegas, where we filmed this video of the vehicle emerging from a shipping crate as Jeff Trush, GM program manager for Pace Cars and Specialty Show Vehicles, drove it on stage for its big debut.

Trush can also be seen giving us a light show by enabling the Beast’s various lights, and then revving the concept’s supercharged 6.2L LT4 V8 engine from within the shipping container before he puts it in gear and drives up on stage. 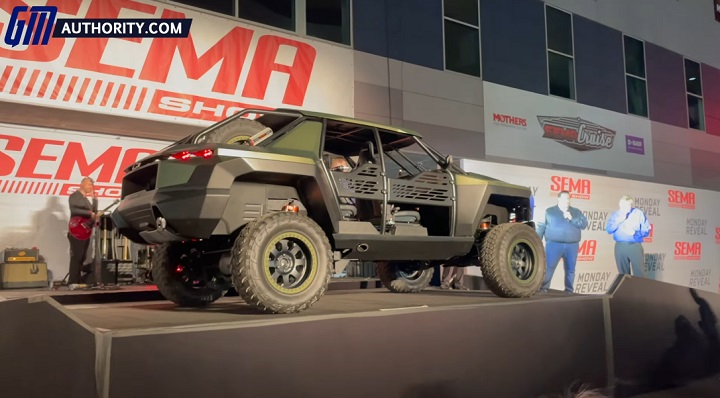 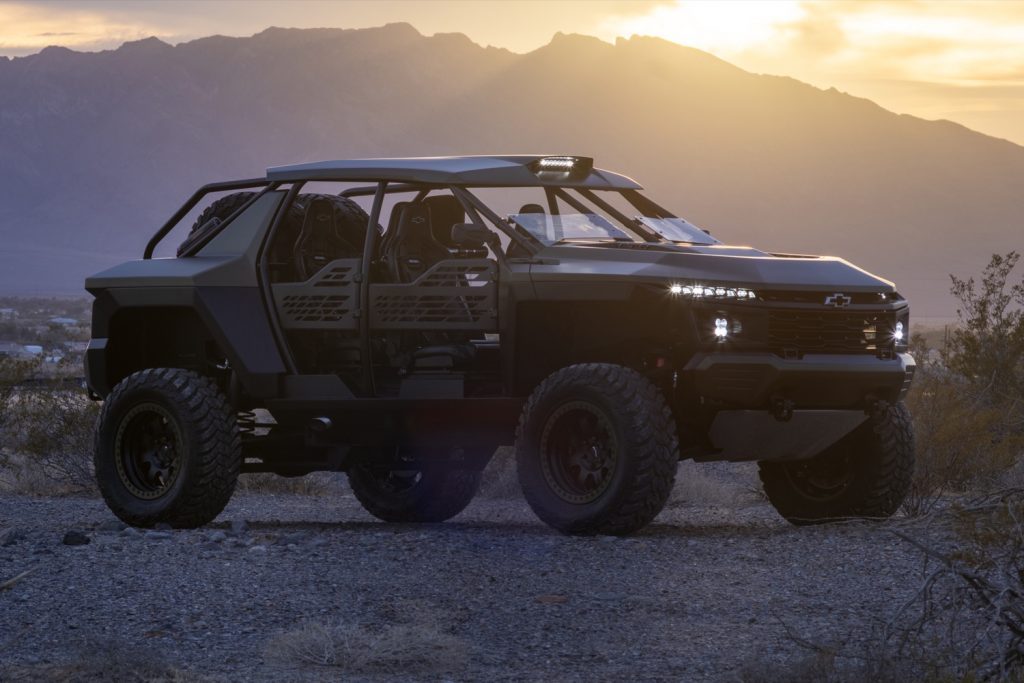 Trush says the Chevy Beast “flat-out flies in desert running,” so we’re eager to see this over-the-top concept vehicle in action sometime in the near future. In the meantime, you can hear the Beast rev its engine and drive up on stage at SEMA in our exclusive video embedded below.