We’re still sorting through all of the eye-catching builds we had the pleasure of seeing at SEMA 2021 earlier this month, which includes this crowd-pleasing twin-turbo LSX-powered 1958 Chevy Apache built by Pure Metal Works. The Jackson, California-based shop did a top-notch job with this truck, which finished as one of the top 40 overall vehicles at SEMA this year, and one of the top 10 trucks.

The list of components that went into this custom Apache are seemingly endless, so let’s take a closer look at some of the features that make it so great. 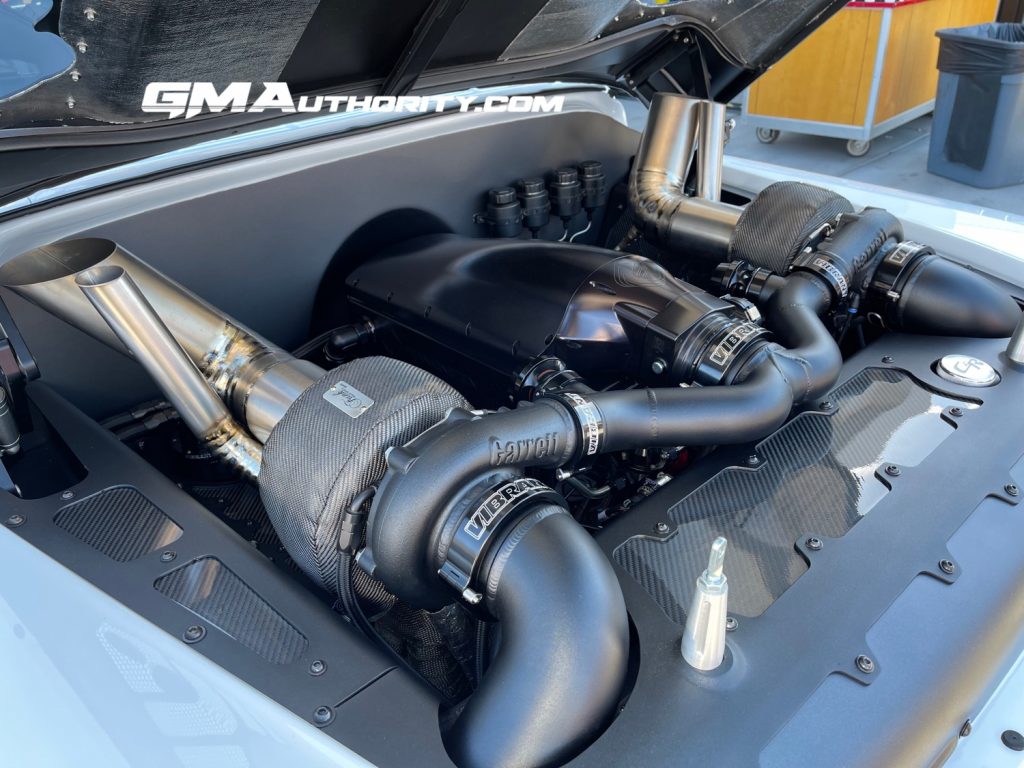 First off, it has a Chevrolet Small Block LSX V8 with not one but two Garrett turbochargers. The fellas at Pure Motor Works estimate a 1,000 rear-wheel horsepower rating from the 427 cubic inch power plant. The team didn’t have a chance to get it on the dyno before brining it to Las Vegas.

Then there’s the fact that the engine expels its exhaust fumes through a titanium system exiting from the hood, nearly at the cowl. The exhaust gives this customer 1958 Chevy Apache a deep and gnarly growl. One of our favorite features is the Vibrant intake system, which breathes fresh air through the inner headlight opening on either side of the truck.

The engine is paired with a 6XD sequential racing transmission, and a Currie rear end. A Nitro Gear billet aluminum third member with beefy axles spins the rear wheels. 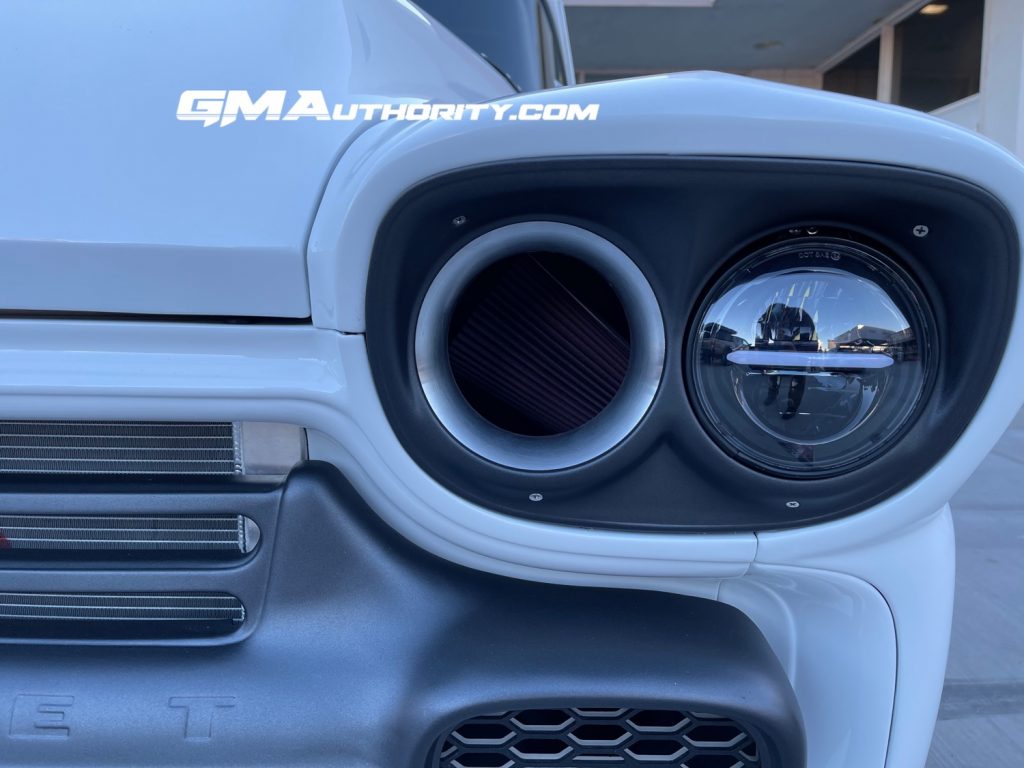 Speaking of wheels, this Chevy Apache flaunts 18-inch American Racing wheels wrapped in 275/35/R18 Nitto NT01s in the front and 315/30/R18 in the rear. Dan of Pure Metal Works told us that the truck’s owner plans to shred lots of rubber in it, and rightfully so.

“He brought us six wheels and tires and we’re like, ‘well, what are we gonna do with these?’, and he’s like, ‘I dunno, figure it out!’ So that’s why we decided to not run a tailgate and run a rack instead.”

The truck also features 14-inch hydraulic cylinders that can lift it off of the ground, allowing the owner to change the rear tires on the fly. We’d say that this is a necessary convenience for someone who’s primarily interested in shredding the wide meats. 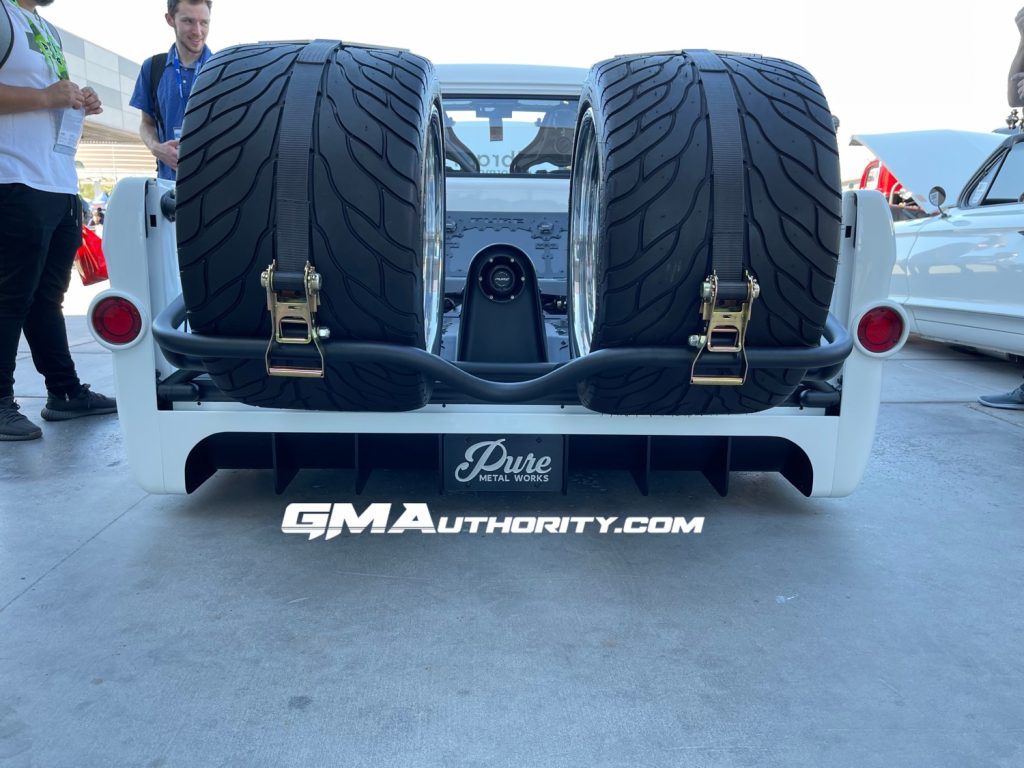 To give the truck the necessary control, the fellas equipped it with JRi Hydroshox which have a five-inch range. An All American quadralink rear setup ensures traction when needed. Notably, the entire chassis was also manufactured by All American. Stopping power is supplied by Wildwood, with six-piston units up front and a hydraulic e-brake setup in the rear.

As you can see in the photo below, Pure Motor Works did a fantastic job placing the hydro tank for the hydraulic system in the bed, along with a water tank for the water-to-air intercooler and intake manufactured by Frankenstein Engine Dynamics. A PWR engine oil cooler and transmission cooler are situated on either side of the hydraulic tank, giving the setup a rather clean and symmetrical look.

The metal work was finished by Applied Coatings, and it looks sharp paired with the Composite Envisions carbon fiber panels, both of which contrast the white paint job quite nicely. 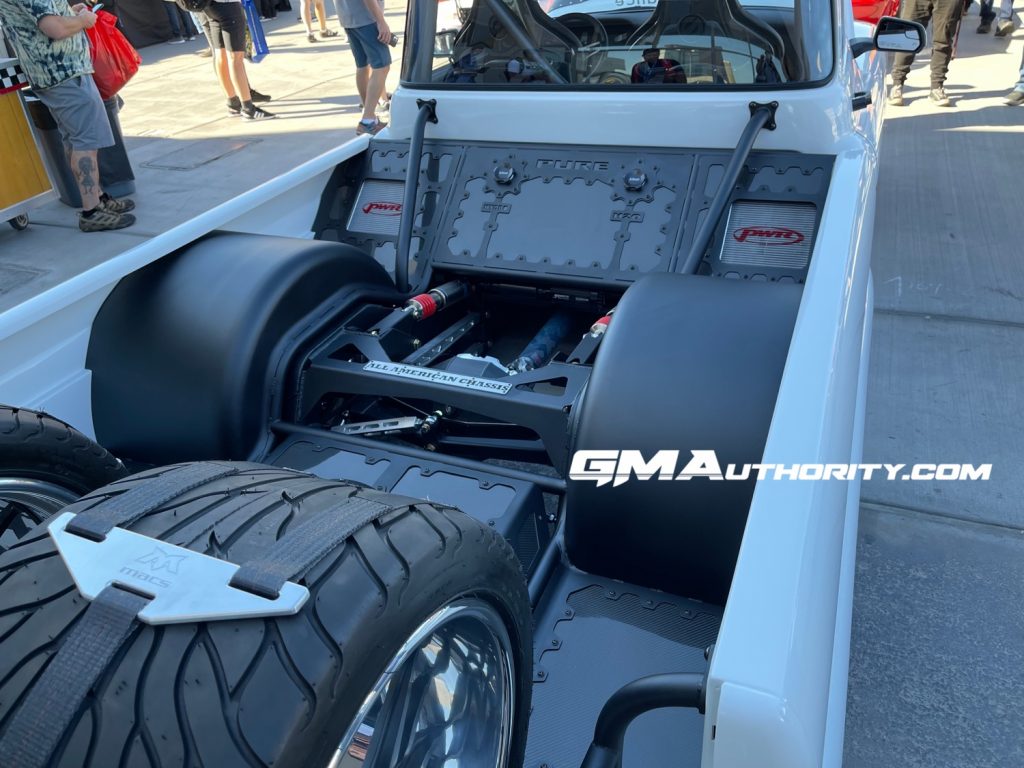 With the Sparco seats, racing harness, and roll cage, one could almost mistake the inside of this pickup truck for the inside of a race car, and rightfully so: this build is closer to a race car than to a light-duty pickup. 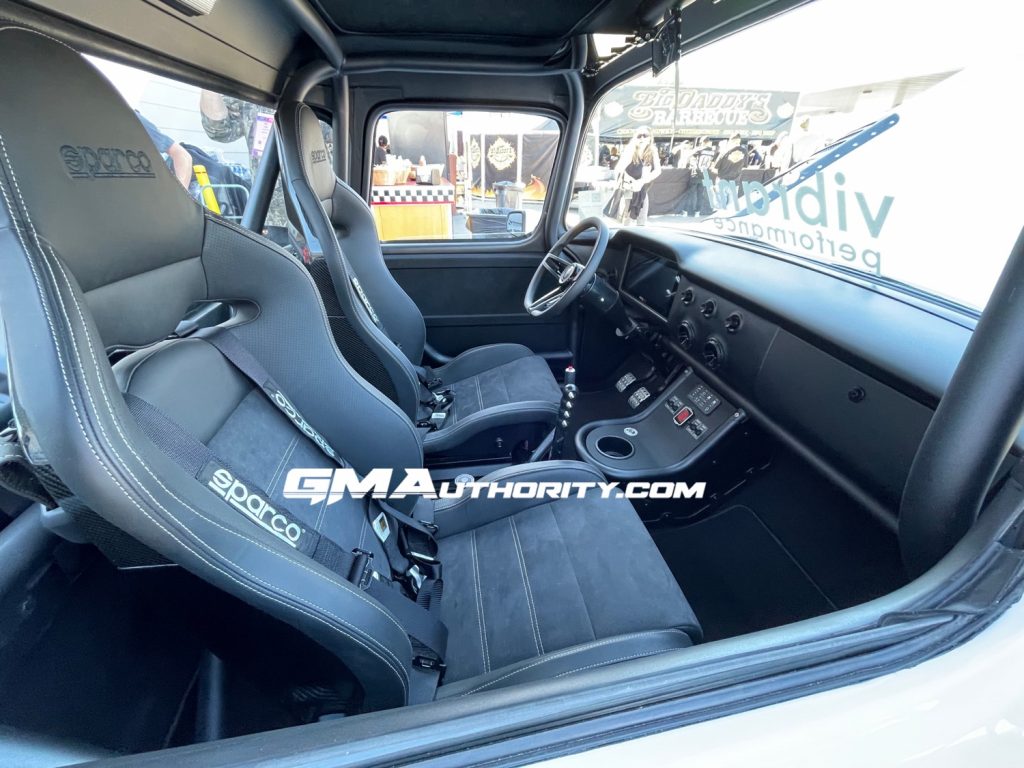 Feast your eyes on this gorgeous 1958 Chevy Apache build in our gallery below, but do bear in mind that the truck had just one mile on it when we saw it in Vegas. 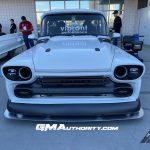 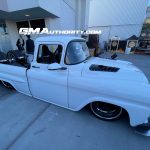 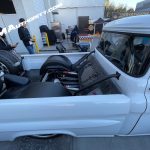 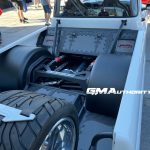 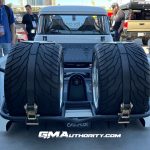 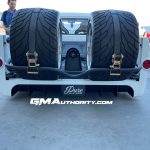 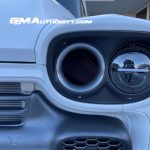 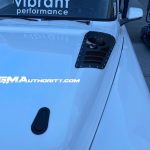 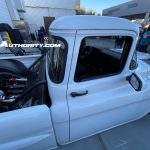 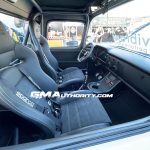 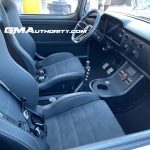 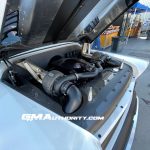 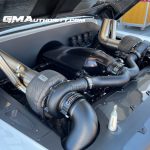 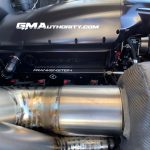