The fully refreshed 2022 Chevy Silverado 1500 offers tons of new updates and changes, with one of the biggest found inside with a completely overhauled interior space. Now, we’re taking a tour of the 2022 Silverado interior with the following feature video. 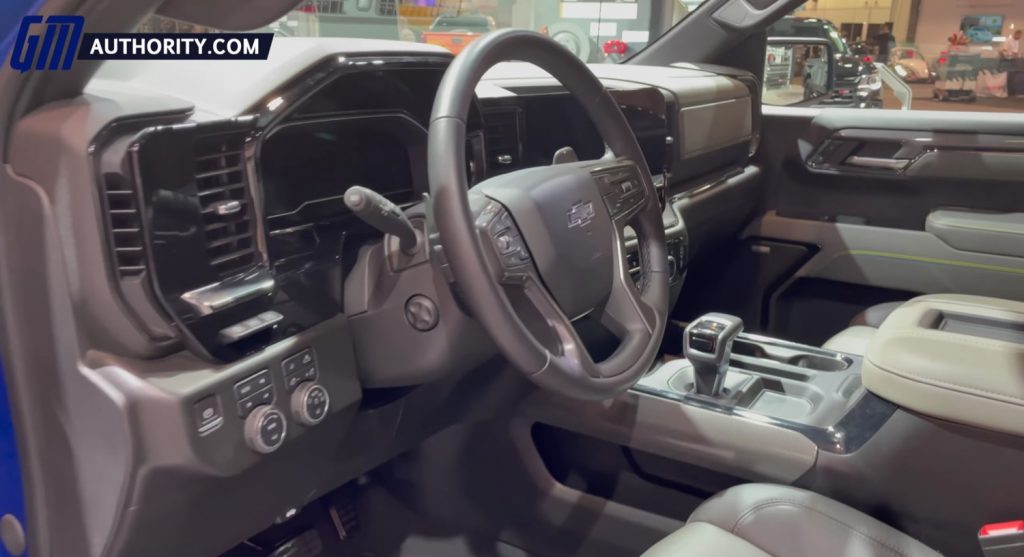 Captured on the floor of the 2021 SEMA Show in Las Vegas, the video is hosted by GM Authority Executive Editor Alex Luft, who goes over all the details and features on offer. This particular 2022 Chevy Silverado 1500 is the new ZR2 off-roading trim level, but the overhauled 2022 Silverado interior can be found on all trim levels from LT and above (LT, LT Trail Boss, RST, ZR2, LTZ, and High Country).

This particular color combination (otherwise known as “color way”) is the Jet Black with Graystone leather, with dark trim and pattered trim as a complement. There’s also yellow stitching in the upholstery for even more visual spice. 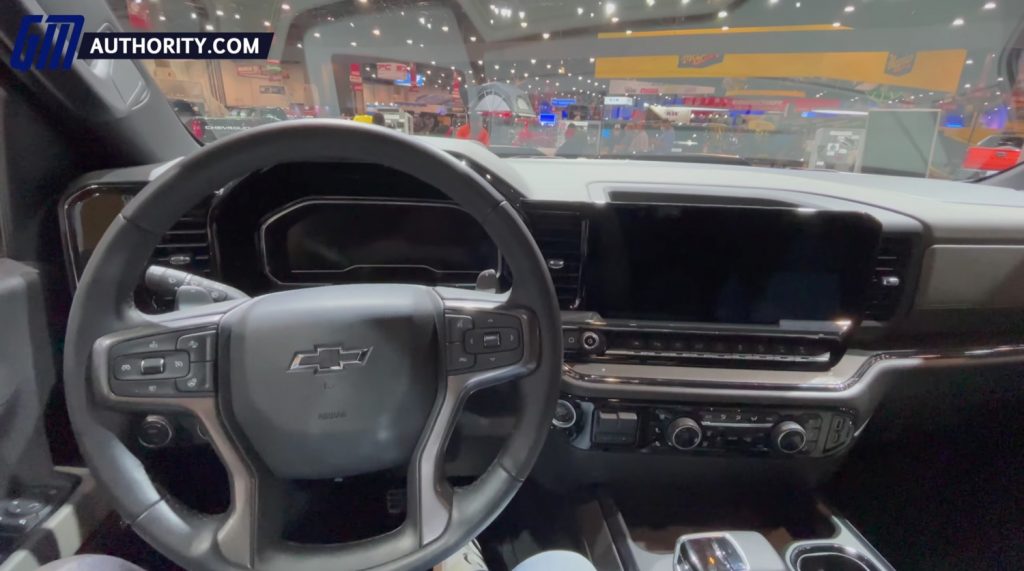 Standout features include a new digital gauge cluster and infotainment screen, forming a large horizontally oriented viewing space. The switchgear is new as well, including buttons below the central infotainment screen and HVAC controls lower in the center stack with a piano black finish. There’s also a new shifter, with the column shifter replaced by a new electronic precision shifter mechanism in the center tunnel. 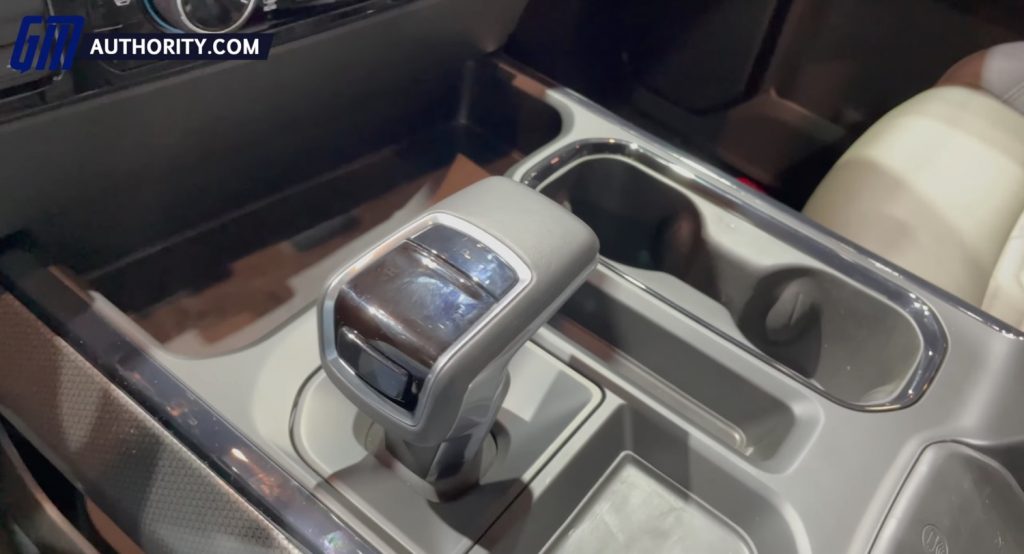 Pull up on the central armrest, and you’ll find a wireless phone charger, plus more charging ports and even a 120-volt outlet. Storage is ample, with numerous trays and bins scattered everywhere.

In a GM Authority poll, readers overwhelmingly approved of the new 2022 Silverado interior, with 81 percent of poll takers voting in the affirmative, and 19 percent against. Check it out for yourself in the full video below: