No matter what you do, it’s important to always continue to improve. Staying still means stagnation, and the risk that you’ll be left behind. This supercharged 1971 Chevy Nova follows that philosophy, recently getting freshened up to keep it sitting pretty, as seen in this brief sub-two-minute feature video. 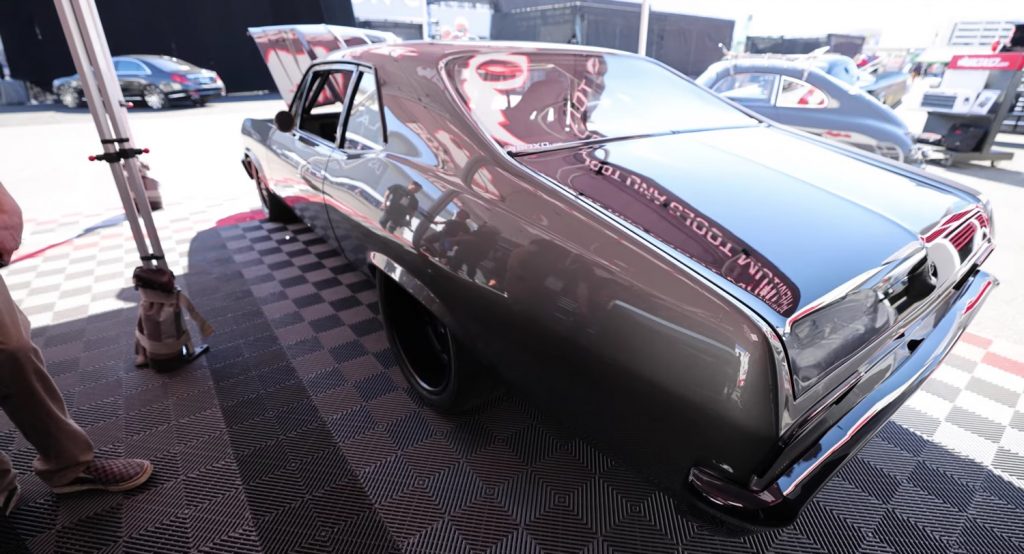 This 1971 Chevy Nova recently made an appearance at the 2021 SEMA Show, where Rob Lindsay from RJ Fabrication was on hand to detail what it has to offer. The two-door is owned by Ken Johnson, who purchased it from Jerry Zaiden from Camburg Engineering. Johnson later brought it to RJ Fabrication for further refinement.

“Just like a lot of projects get, we just starting tearing into it,” Rob says. 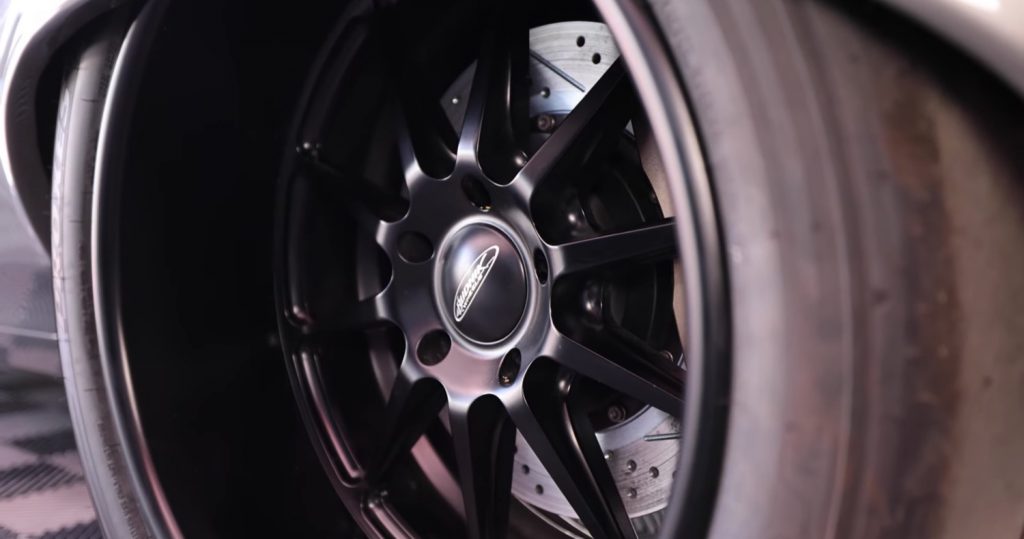 Some of the changes include narrower frame rails, while Detroit Speed Engineering suspension components are found front and rear. This 1971 Chevy Nova sits on massive 345/30R19 tires in the rear, which are housed in custom tubs. There’s also a set of Baer brakes clamping down on drilled and slotted rotors, while the rack and pinion steering was upgraded to ensure proper handling. 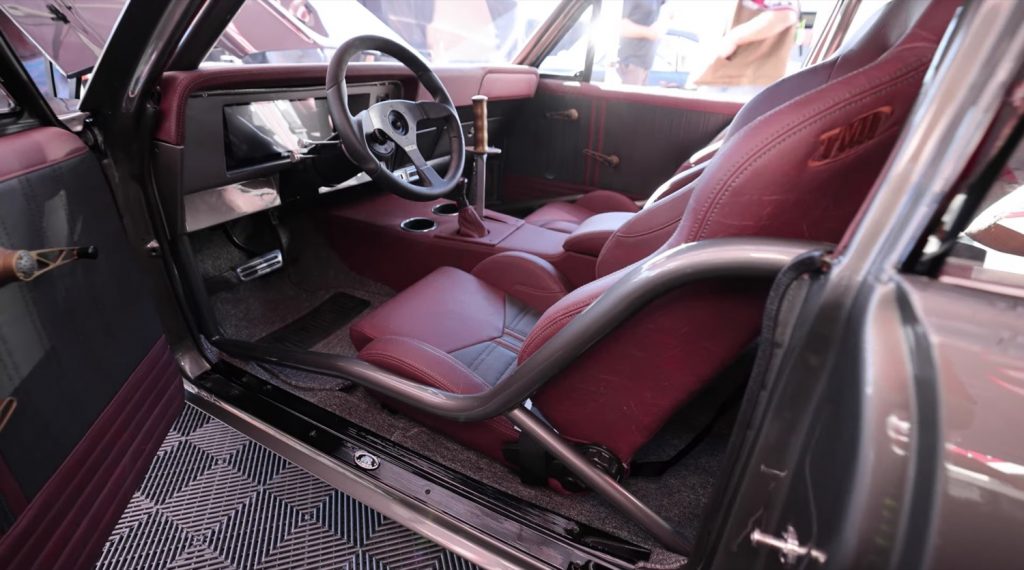 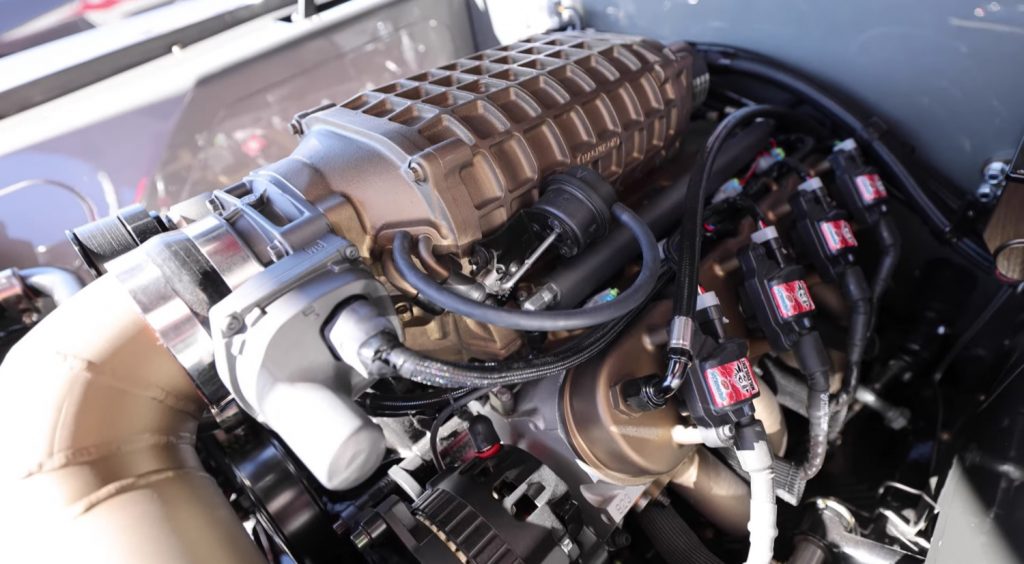 The engine spec was redone as well. The build already had a supercharged V8 with a Magnuson blower on top, but the motor was freshened up by stroking it from a 376 to a 418. A Holley fuel management and Dominator EFI keep it all running smooth. Fully unleashed, this setup is good for an estimated 1,000 horsepower at the crank, which hits the pavement with roughly 750 horsepower at the rear wheels. A Currie Enterprise rear end and 4L80 automatic transmission round out the drivetrain.