The 2023 Cadillac Lyriq has been spotted in near-showroom-ready form out and about on public roads, giving us an advance look at the all-electric luxury crossover ahead of its launch early next year. 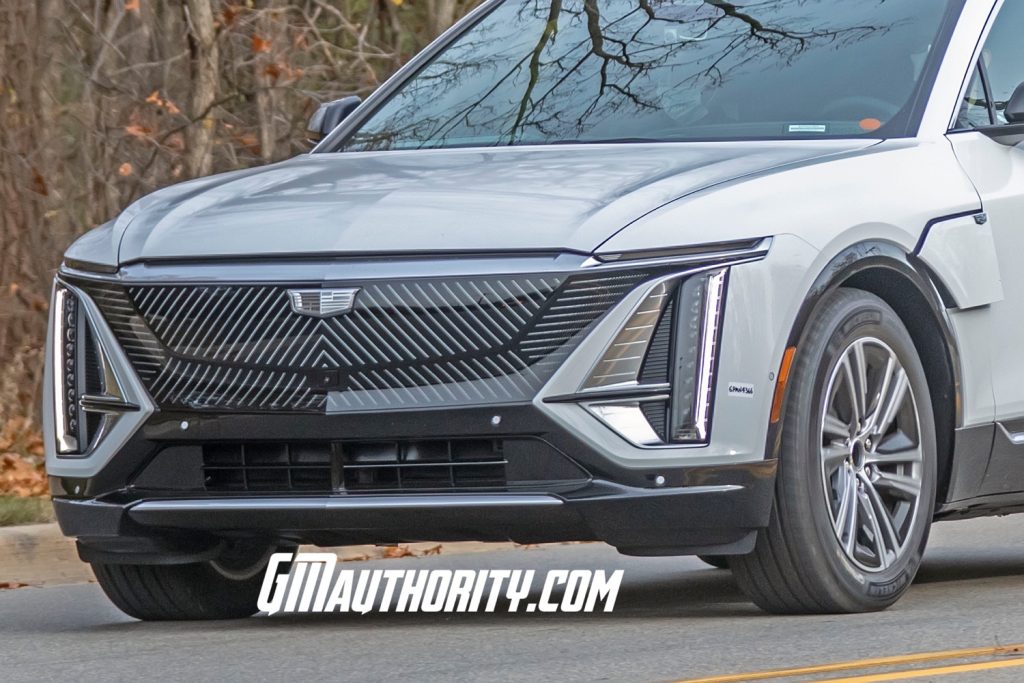 As we can see, this particular example of the Cadillac Lyriq is equipped with production-ready lighting elements and trim bits. However, we also see that it’s painted in a different color than the two hues offered with the Debut Edition, specifically Satin Steel Metallic and Stellar Black Metallic. 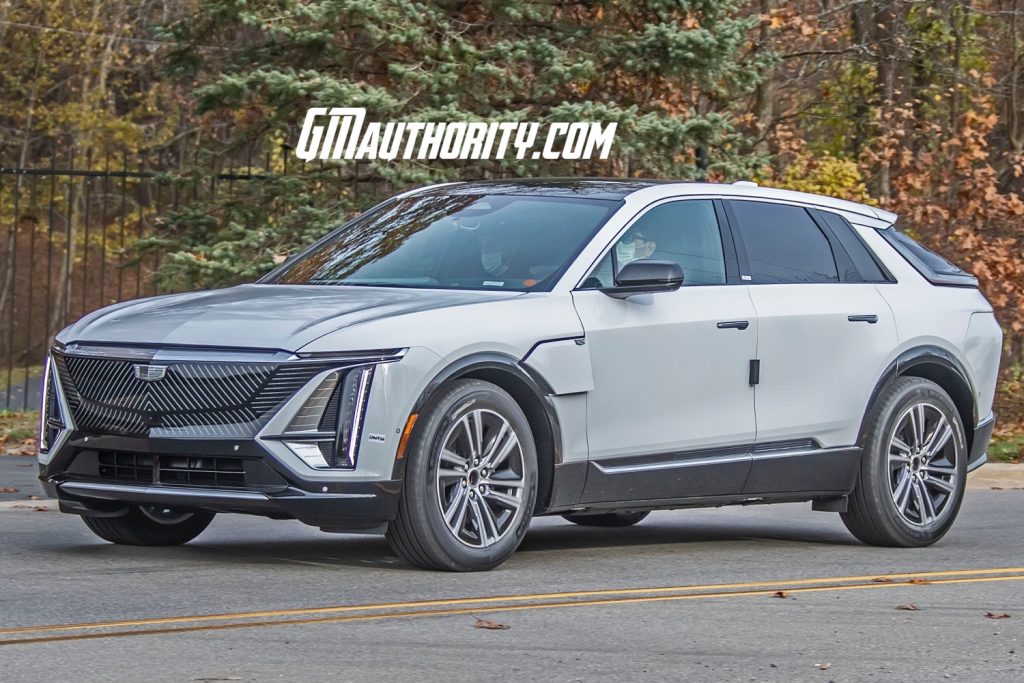 Up front, the Cadillac Lyriq has a blocked-off grille section with a glossy black central fascia split by thin styling lines. Notably, these styling lines play a role in the crossover’s signature startup animation, which is a particularly eye-catching feature that’s sure to impress onlookers at night. The corners of the front fascia incorporate vertical lighting elements, while placed high and center we find the Cadillac crest, which also lights up. A small air intake is located lower in the front fascia, underlined by silver trim. 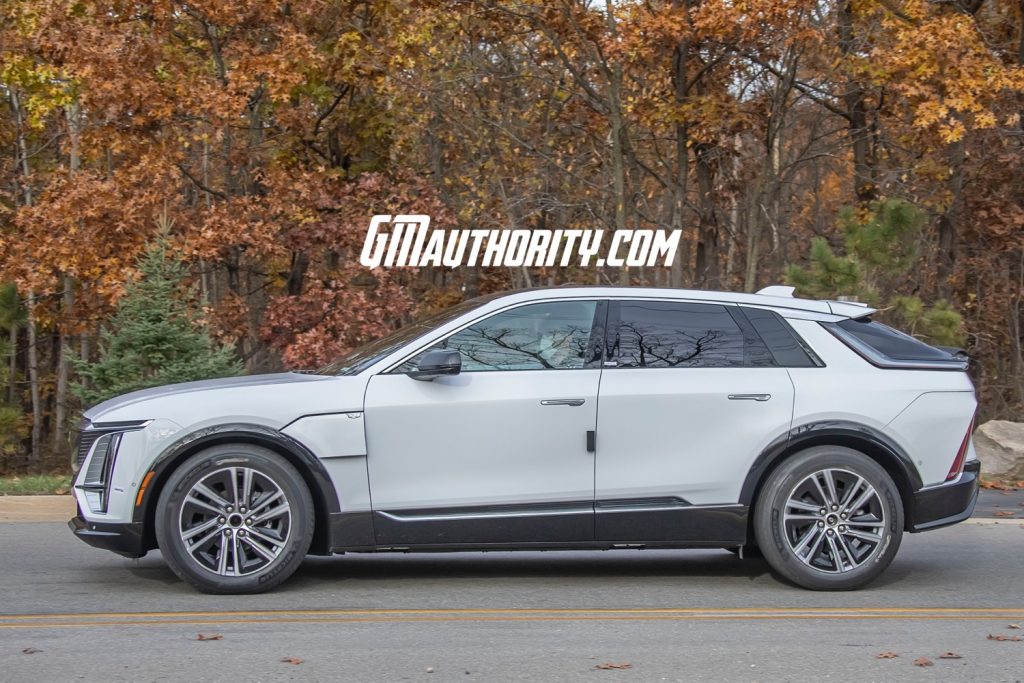 The side profile view reveals the 2023 Cadillac Lyriq’s coupe-like roofline, which falls into the rear hatch at an accelerating angle and visually enhances the crossover’s forward-leaning rake. Black trim underlines the wheel wells and doors, connecting in a single ring around the lower sections of the vehicle. We also spot flush-mounted door handles, plus six-split-spoke wheels in the corners, while the front driver’s-side fender houses the charging port. 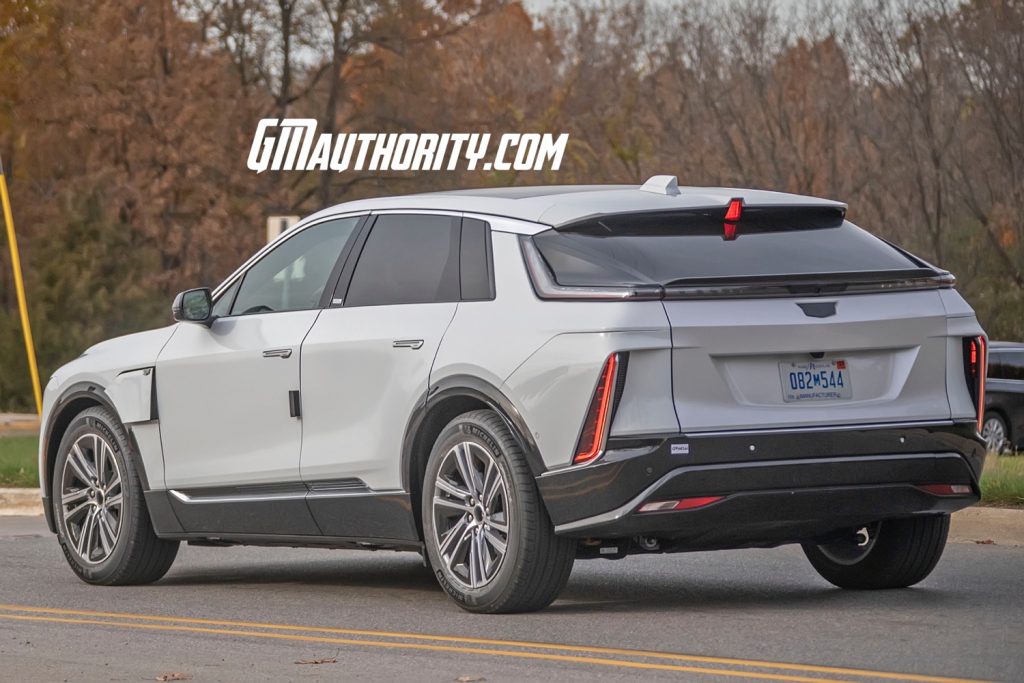 Finally, the rear of the 2023 Cadillac Lyriq reveals further slim lighting bits, which line the hatch in a horizontal strip, as well as the rear fenders in vertical strips. The rear glass is relatively narrow, while up top is a subtle roof spoiler element. 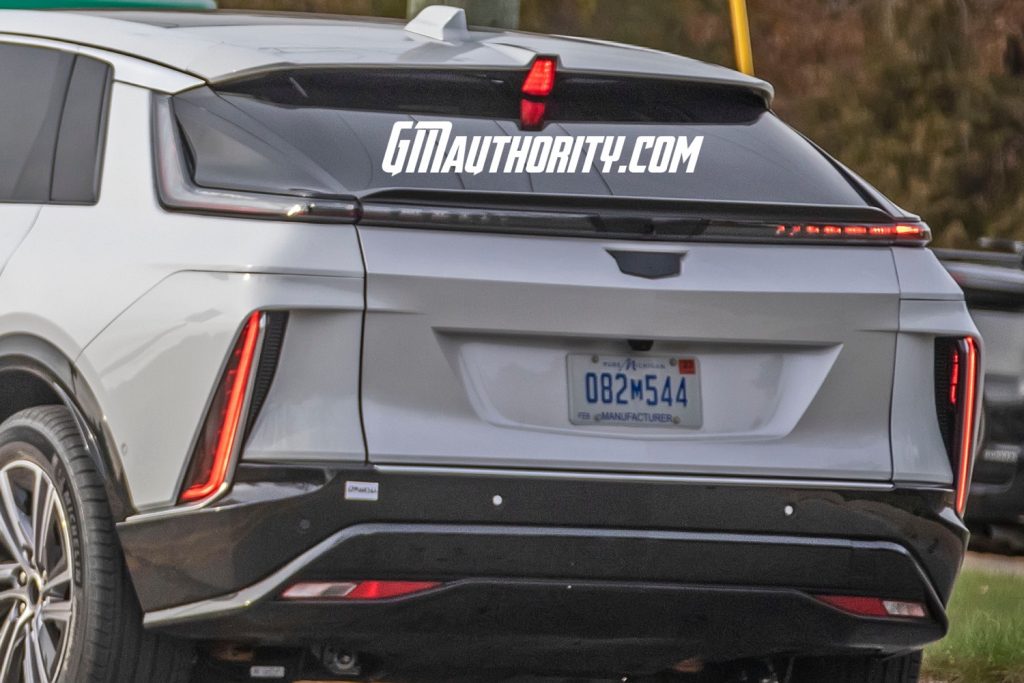 As a reminder the 2023 Cadillac Lyriq is based on the GM BEV3 vehicle platform, and draws motivation from the GM Ultium battery tech and GM Ultium Drive motor tech, with both RWD and AWD offered. The Debut Edition will feature a 100.4 kWh battery, which will provide an estimated range of more than 300 miles on a single charge. Production for U.S. and Canada – and eventually other markets such as the Middle East – will take place at the GM Spring Hill plant in Tennessee, with availability in the U.S. and Canada. Expect a launch in Q1 of 2022, which is nine months ahead of schedule compared to the original launch date.