Now that the dust has settled on the Z06’s big debut, we figured we’d take a second to look back on the lengthy presentation the automaker put together for the mid-engine sportscar’s hugely anticipated unveiling. 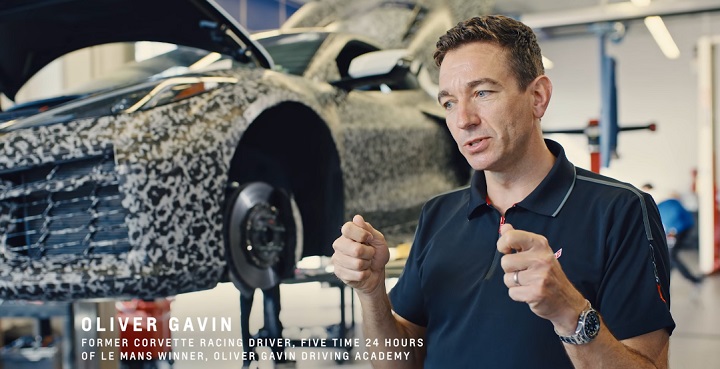 The 26-minute long ‘Cinematic Debut’ of the 2023 Corvette Z06 opens with rolling shots of both the 2023 Corvette Z06 Coupe and Convertible driving on twisty mountain roads, allowing viewers to hear its surprisingly exotic-sounding V8. The video then transitions into a series of interviews with various GM team members, including former Corvette Racing driver Oliver Gavin, LT6 assistant chief engineer Dustin Gardner, Corvette color and trim design manager Brett Golliff and, most importantly, Corvette chief engineer Tadge Juechter. In these interviews, the various GM team members describe their roles in developing and/or designing the vehicle and why GM made some of the decisions it did during the design and development processes.

Toward the end of the video, Chevy reveals details about the final stage of the 2023 Corvette Z06’s development at the Nurburgring. The 12.9-mile, 73-turn road course is the perfect place to develop and test new vehicles, as it features a wide mix of corner types, along with bumpy sections, long straights and heavy braking zones. A lap of the Nurburgring pushes every aspect of a car to its absolute limit, so if a car is quick there, engineers can be confident it will be quick anywhere.

“General Motors recognizes this as an incredible place to come and develop vehicles, and to compete with the Europeans, the BMWs, the Mercedes, the Porsches,” GM president Mark Reuss says in the video.

Check out the video embedded below to re-live the 2023 Corvette Z06’s cinematic debut.