While a good portion of the vehicles present at the SEMA Show each year are powered by hugely powerful internal combustion engines, electric vehicles have begun to appear at SEMA in increasing numbers over the past few years. One of the most attention-grabbing EVs at this year’s show will without a doubt be the Chevy Project X – a battery-electric 1957 Chevy 210 with a 30 kWh battery pack. 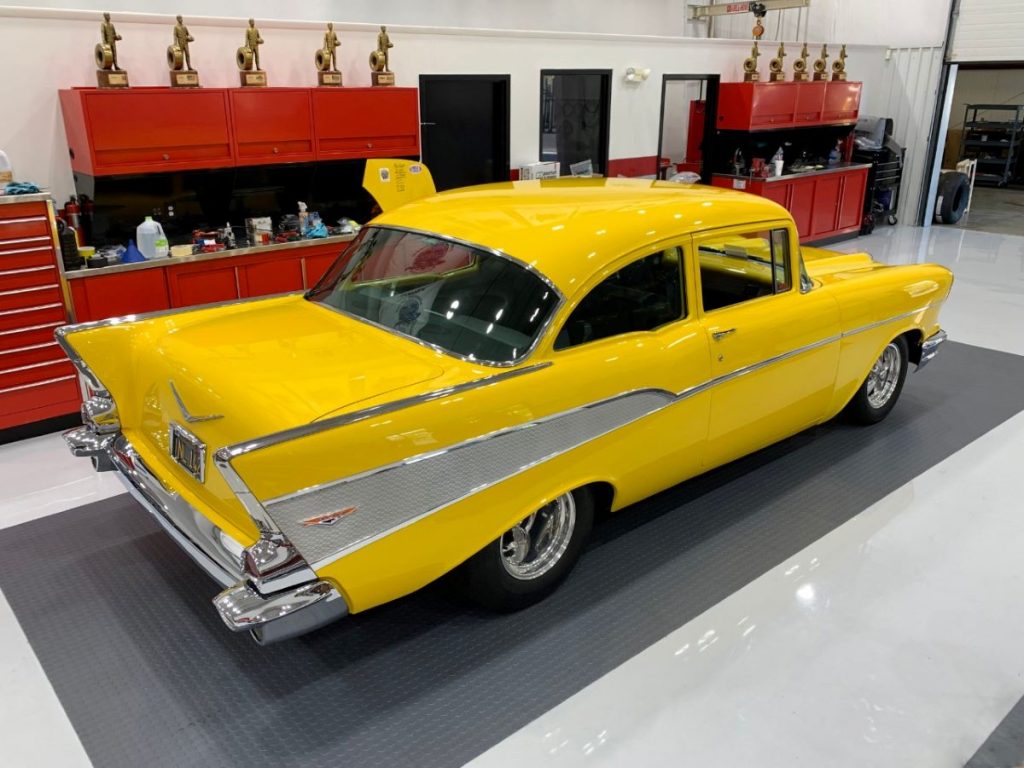 Chevy says that Project X is based on a vehicle that was originally purchased by Hot Rod magazine for $250 in 1965. It has since been used as a testbed by editors of the magazine to try out various products and technologies and as a result, has been powered by a wide variety of inline-six and V8 engines over the years.

A builder by the name of Cagnazzi Racing transformed this unique 210 into the battery-electric “Project X,” replacing the supercharged LSX V8 that resided under the hood with an electric motor delivering an estimated 340 horsepower and 330 pound-feet of torque. Power comes from a 30 kWh battery, which is described by Chevy as a “400-volt proof-of-concept lithium-ion battery,” that is being “evaluated for potential use as a next-generation Chevrolet Performance product.” The automaker says the battery pack provides “enough range for weekend cruising,” but did not provide an exact range figure. 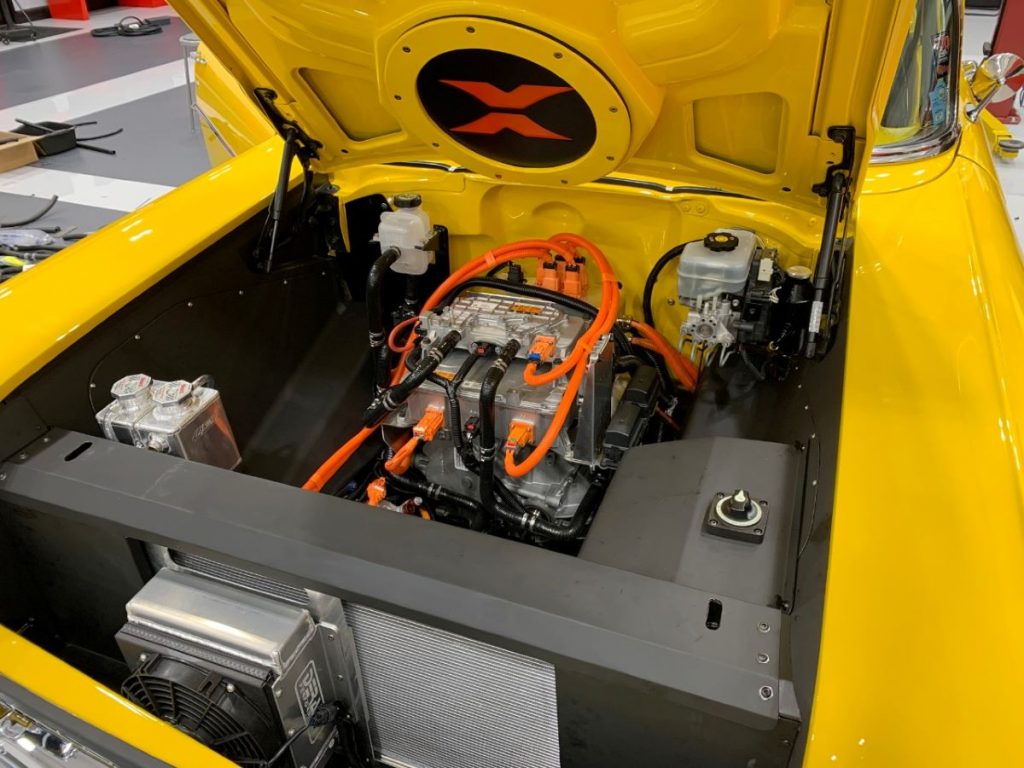 A quick-change differential allows the final-drive ratio of Project X to be quickly adjusted based on how the car is being used. For example, fitting it with a shorter final-drive ratio would provide quicker acceleration, which could be of use at the dragstrip. A taller gear relaxes performance and extends the vehicle’s usable range, making it better suited to casual cruises and road trips. The car also now features an electric brake booster and electrohydraulic power steering pump, which were necessary modifications to support the new EV powertrain. 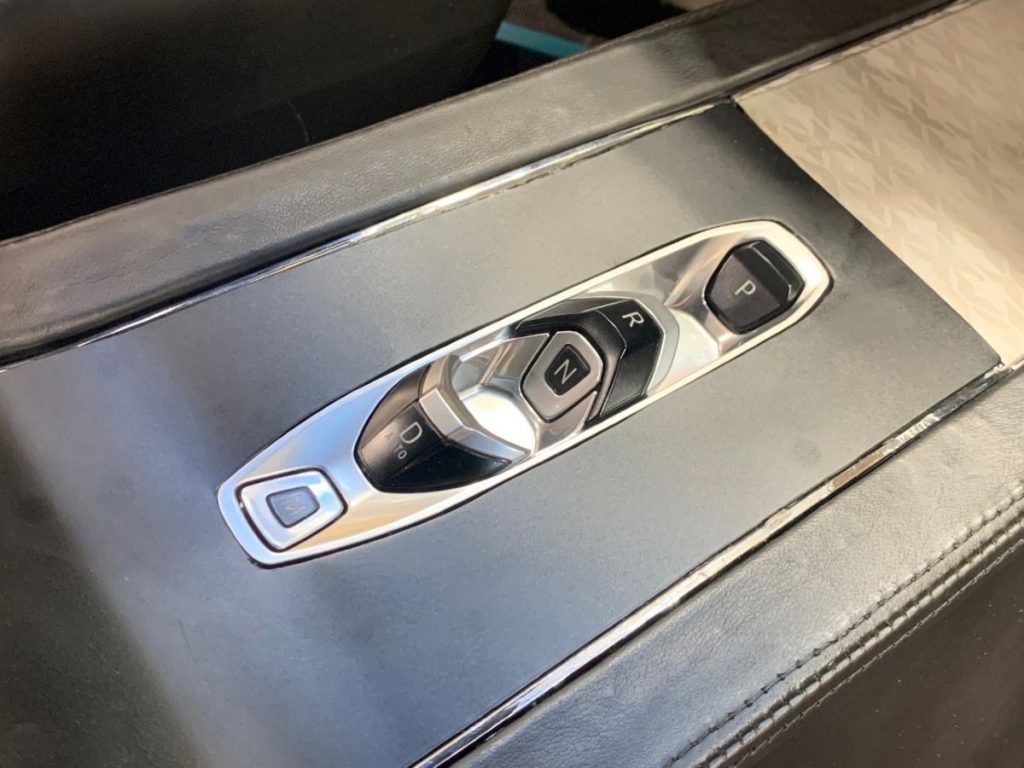 Project X still rides on the sixth-generation Corvette front suspension that was installed in 2007, Chevy says, although some other minor setup changes were required with the EV conversion. Since the exhaust was no longer needed, the builders at Cagnazzi Racing were able to lower the car by roughly two inches. It has also been fitted with softer front springs and stiffer rear springs, as the electrified car now carries less weight under the hood and more weight over the rear axle compared with the previous build – mostly thanks to the rather heavy battery pack. As a finishing touch, Cagnazzi Racing also installed the push-button gear selector from a C8 Corvette Stingray.

Project X will be on display at the 2021 SEMA Show in Las Vegas from November 2nd through to November 5th.