The Oldsmobile Toronado was produced between 1965 and 1992 over four generations, eventually replaced by the Oldsmobile Aurora. Now, however, one digital artist is resurrecting the Toronado with a modernized powertrain, infusing the two-door luxury coupe with all-electric motivation. 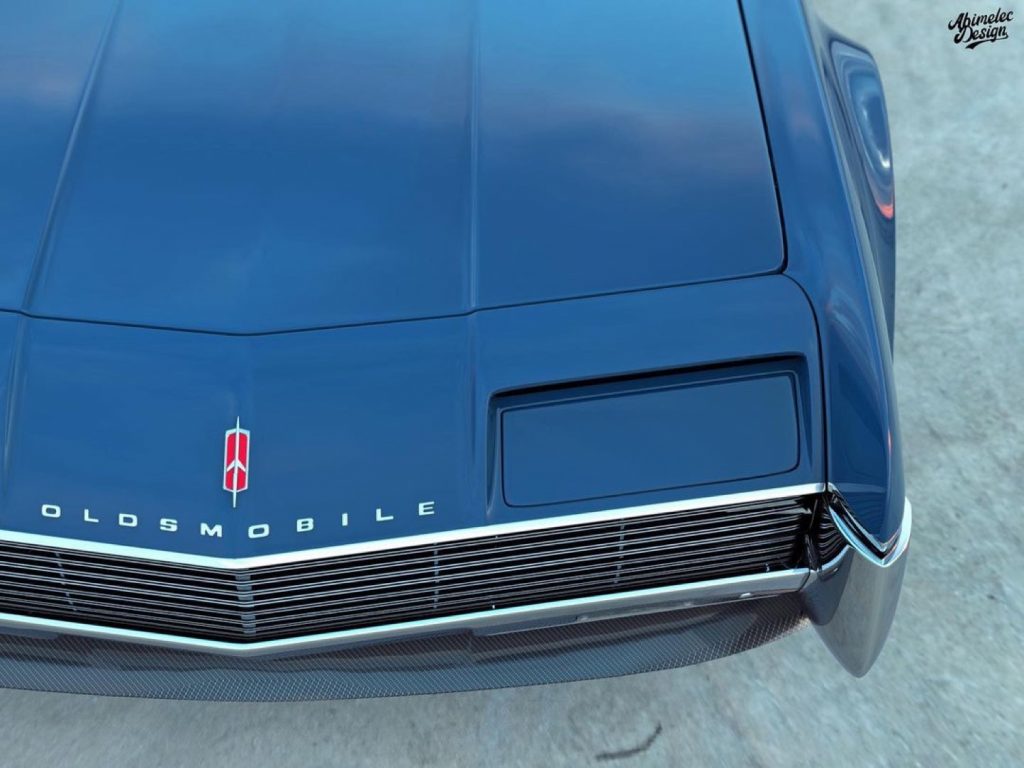 Coming to us from Abimelec Arellano on social media (@abimelecdesign), the artist was inspired by the plethora of all-electric restomod builds that showed up at the 2021 SEMA Show in Las Vegas. Indeed, the annual custom show was swimming with old-school metal propelled by electrons – just a few examples would include the Tesla-powered Chevy C10, and Project X, a 1957 Chevy 210 with a 340-horsepower Cadillac Lyriq powertrain. 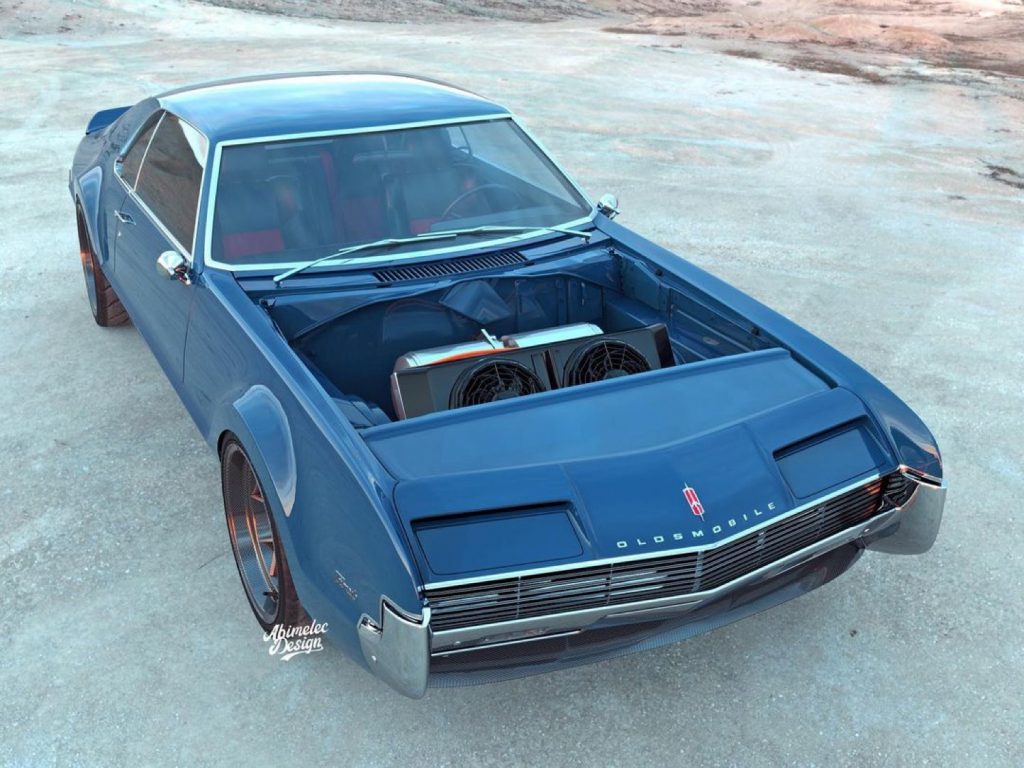 This 1966 Oldsmobile Toronado continues the tradition with its own all-electric swap, placing new EV components under the hood. The new electric motors up front are cooled by a dual fan setup inspired by Icon’s Derelict EV restomods. The components are added in the rear as well to give this two-door some all-wheel-drive grip, while also providing some improvements with regard to handling and weight distribution.

To note, the original 1966 Oldsmobile Toronado stuffed a V8 engine and front-wheel-drive drivetrain under the hood, making for a rather unusual setup. As such, an AWD EV swap may not be all that out of the ordinary, at least relatively speaking. 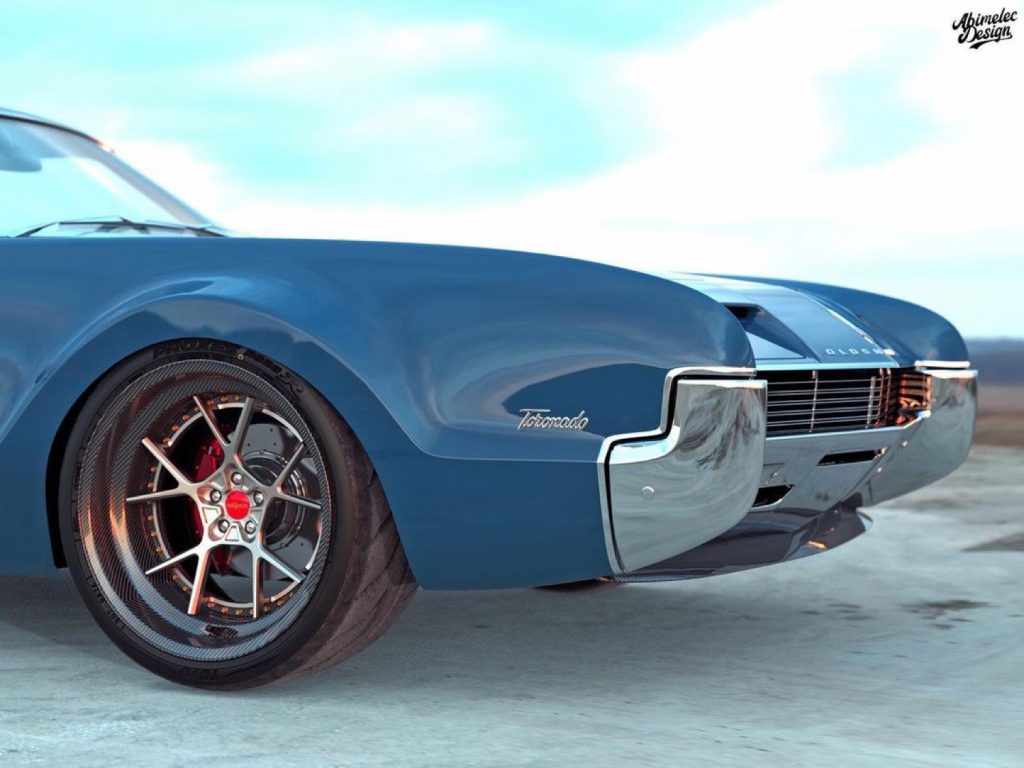 Further upgrades include some subtle exterior modifications, including a set of new Rotiform KPS wheels in the corners. These split-spoke rollers get a silver finish for the inner design with a carbon fiber barrel and lip, with a riveted inner design and red center caps. The whole thing is also lowered over the new Rotiform rollers to give it a modern vibe in line with the all-electric powertrain.

Also check the carbon fiber front spoiler lip, plus the upturned spoiler on the trunk. Inside the cabin, we spot black-and-red upholstery to finish it off.

You can browse the full set of rendering images below: