The No. 3 Corvette C8.R squad secured a second straight IMSA WeatherTech Sportscar Championship title at Petit Le Mans on Saturday – but the 10-hour endurance race ended early for the team after Jordan Taylor crashed out at the fifth hour.

Taylor crashed on a race restart as he was coming over the hump on the approach to Turn 10 and found a gaggle of GT Daytona cars bunched together. The 30-year-old had nowhere to go and slammed into the back of one of the GT3 cars, destroying the No. 3 Corvette C8.R’s front end and forcing the team to retire from the race.

“Definitely a scary moment when you come over the crest in fifth gear and everyone is stopped,” Taylor told IMSA.com. “The stack-up effect is always there in (Turns) 10A and 10B; it was just way more extreme today.”

So thankful to everyone at Pratt & Miller, Corvette, and Chevrolet for building such a strong C8.R. Definitely a bit sore today, but just being able to walk away from that crash speaks volumes to the strength and safety of the Corvette. pic.twitter.com/HDzFUkl76t

Despite the hard crash, Taylor was happy to wrap up his second straight GTLM title – which, thanks to a rather large points advantage, the No. 3 team earned by simply starting Saturday’s race. The team will move to the newly established GTD Pro class next year that uses GT3 machinery instead of the higher-downforce GTE machinery that makes up the GTLM class.

“Amazing to get another championship for Antonio and I,” Taylor said. “Two in a row, and it was great to finish off the GTLM era with two championships like that.” 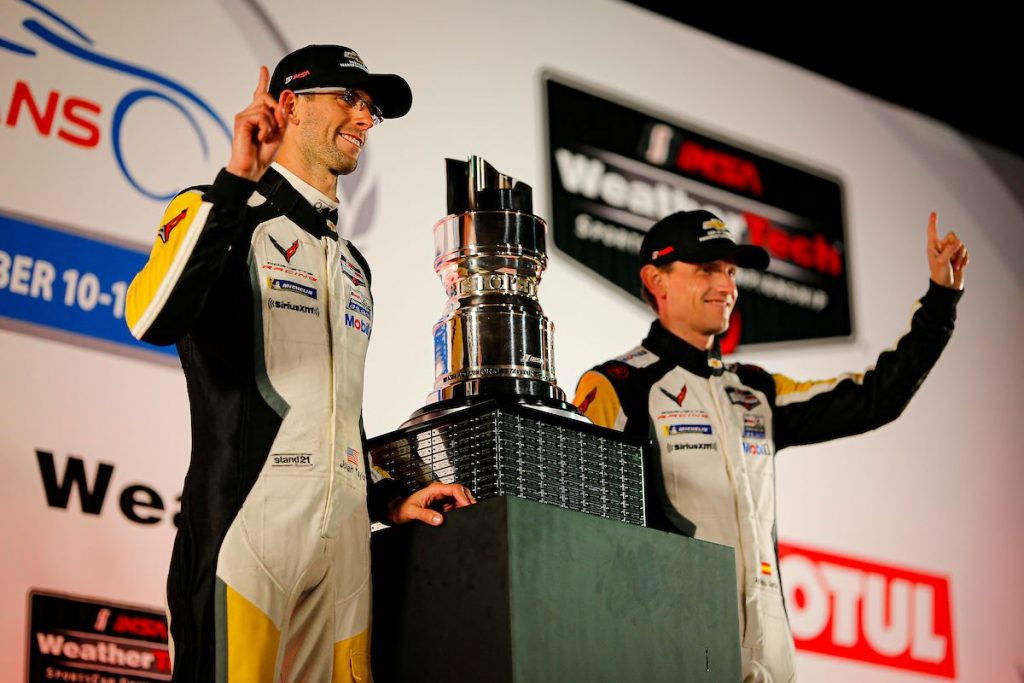 The No. 4 Corvette C8.R, meanwhile, ran strong all day and was in the hunt for a podium as Nick Tandy, Alexander Sims and Tommy Milner battled with the two Porsche 911 RSR entries of WeatherTech Racing. The No. 4 team’s day also came to a premature end, however, after Tandy made contact with the race-winning Mazda RT24-P prototype while running in second with just 15 minutes remaining, sending the British driver spearing off-track and forcing him to retire the car.

“I was in the middle and all of a sudden the Mazda decided he would try to take the racing line,” Tandy said. “He was on the inside and came straight across the track and hit the side of our car and broke the suspension. It’s a shame that the season ends like this. Unfortunately into the night toward the end, I didn’t have the pace in the car to challenge the Porsches. It’s a shame not to finish on the podium, but we have a lot to be happy for this season.” 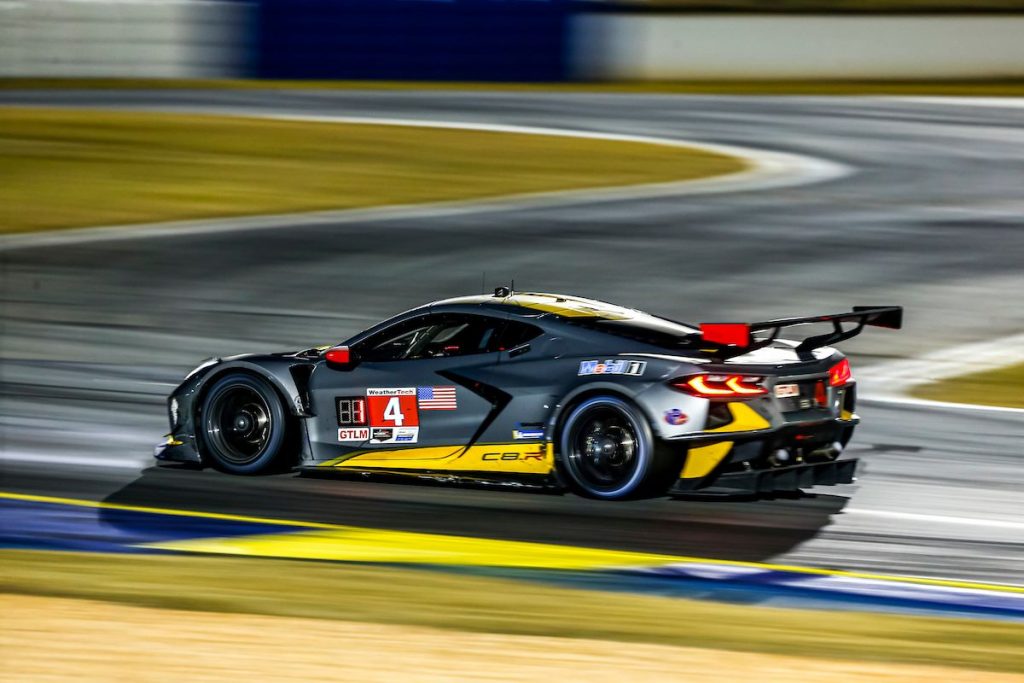 Corvette Racing will now turn its attention to its 2022 season, which will see the team split its duties between IMSA and the FIA WEC for the first time ever.