As outlined in a GM Authority Opinion Desk report published earlier in this month, General Motors needs a Ford Bronco Sport rival, and badly at that. While GM seems content to let Ford and Jeep slug it out in the rugged compact crossover segment, The General could benefit greatly from offering something to rival the new Ford Bronco Sport. Now, GM Authority is visualizing exactly that with the following next-gen 2025 GMC Terrain rendering.

Coming to us from GM Authority reader and friend Brandon L. DeJean, who also gave us a possible future Chevy Impala rendering, 2021 Chevy Traverse rendering, and 2021 Chevy Equinox rendering, this next-gen 2025 GMC Terrain is made to rival the Ford Bronco Sport in the rugged compact crossover segment. As such, the first thing to notice about this 2025 GMC Terrain rendering is the overall length and wheelbase, with the next-gen concept sporting shortened dimensions in both metrics for enhanced off-road prowess. 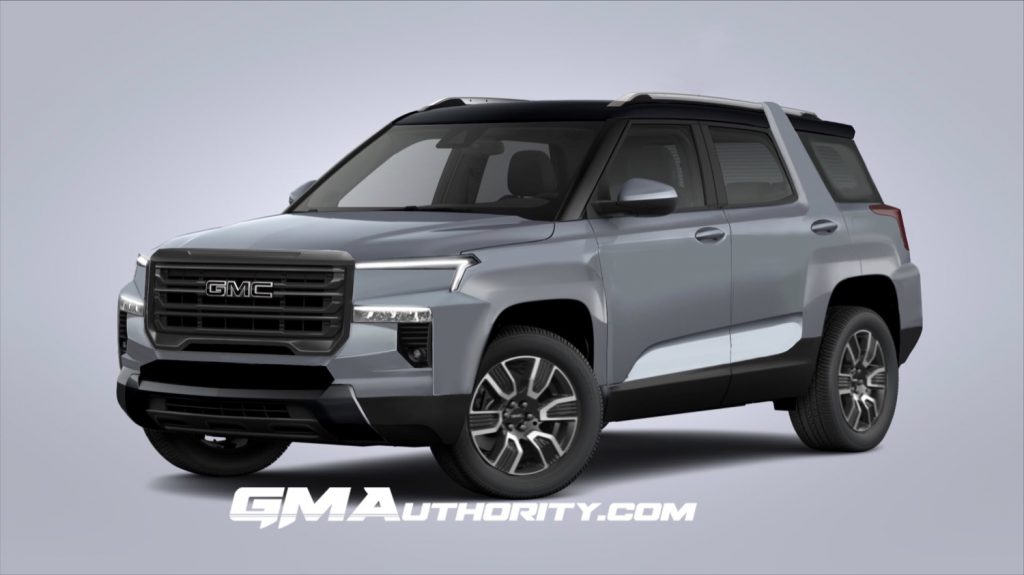 While a significant departure compared to GMC Terrain models of the past, the shortened length would help to underline the model’s off-roading credentials and set it up to rival the popular Ford Bronco Sport. A raised suspension setup and stance would further pad the 2025 GMC Terrain’s rough-stuff resume, while all-terrain tires would make sense for the options list. All-wheel drive, differential locking, underbody skid plates, and tow hooks should also make the spec sheet, either as standard or as optional extras.

The 2025 GMC Terrain rendering also boasts revised styling with thin upper lighting signatures and horizontal lighting elements placed on either side of the grille. Lower black cladding helps to ward off errant bits of terrain, while the two-tone paint treatment is complemented by an extended C-pillar line that wraps up and over the roof. Boxy fenders accommodate the taller ride height, while in the rear, we see thin, horizontal taillights. 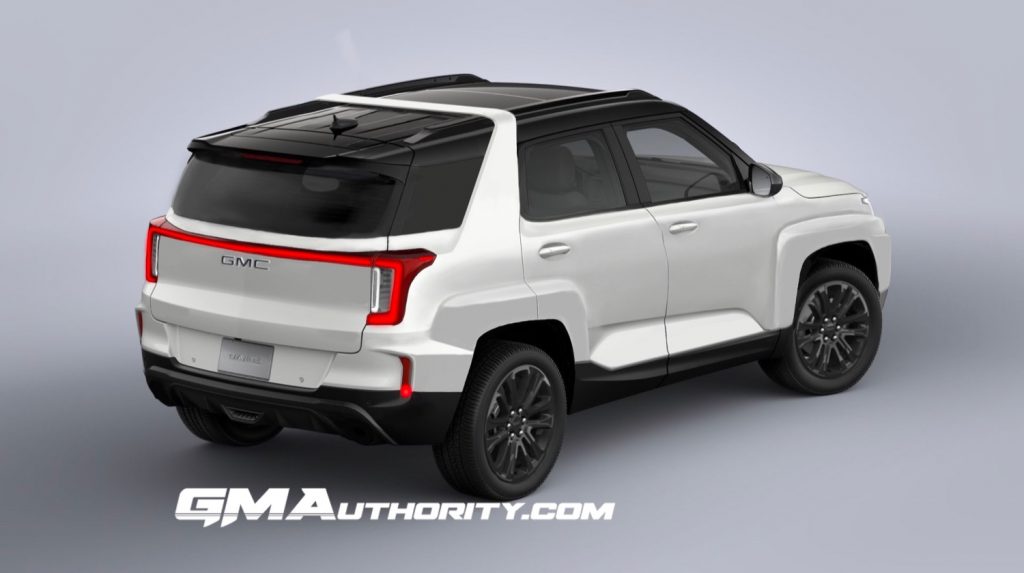 While this concept would make for a solid 2025 GMC Terrain, it could also make the grade as the GMC Granite, slotting in under the Terrain as a new B-segment crossover. To note, though, the GMC Granite has been something of an on-again, off-again affair for General Motors.