Henry Ruggs III is making his initial appearance in court today. He was wheeled in. He is facing a charge of DUI resulting in death @News3LV pic.twitter.com/idFP2HWmVi

“The front of the Chevrolet struck the rear of the Toyota. The Toyota came to final rest and caught on fire with the driver trapped in the driver’s seat. Clark County Fire Department responded to the scene and extinguished the fire. Despite their efforts to save the driver, she was pronounced deceased at the scene.”

The women who died was Tina Tintor, 23 years old. Her dog was also killed in the crash.

The passenger with the Ruggs was his girlfriend Kiara Je’na Kilgo-Washington (AKA Rudy Washington) with whom he has a daughter.

Both are 22 years old, with injuries listed as “serious.”

Rainbow is still closed in both directions while fatal investigators get a better look with daylight. Waiting for @LVMPD to release info on injuries or fatalities. @8NewsNow https://t.co/cS6w8Rrvb5 pic.twitter.com/SsO85v66VM

However, Ruggs was released from the hospital and booked Tuesday afternoon at the Clark County Detention Center on charges of DUI resulting in death and reckless driving, according to Metropolitan Police Department records.

On Wednesday morning, the now-former NFL wide receiver made his initial court appearance this morning wearing a neck brace.

According to the Las Vegas Review-Journal, Chief Deputy District Attorney Eric Bauman said that Ruggs was traveling at 156 mph about two seconds before the crash, and at 127 mph when the airbags deployed.

“I cannot recall a speed that high in my career on the bench,” added Justice of the Peace Joe Bonaventure.

The judge then ordered a $150,000 bail for Ruggs along with the highest level of electronic monitoring if he is released. Prosecutors requested a $1 million bail.

Get more details of the Ruggs story, photos of the crash, and C8 Corvette at the Las Vegas Review-Journal.

Chevy lists the top speed of the 2020 C8 Corvette Stingray, without the Z51 Performance Package, at 194 mph. Adding the package actually decreases the top speed to 184 mph – a 10-mph difference. 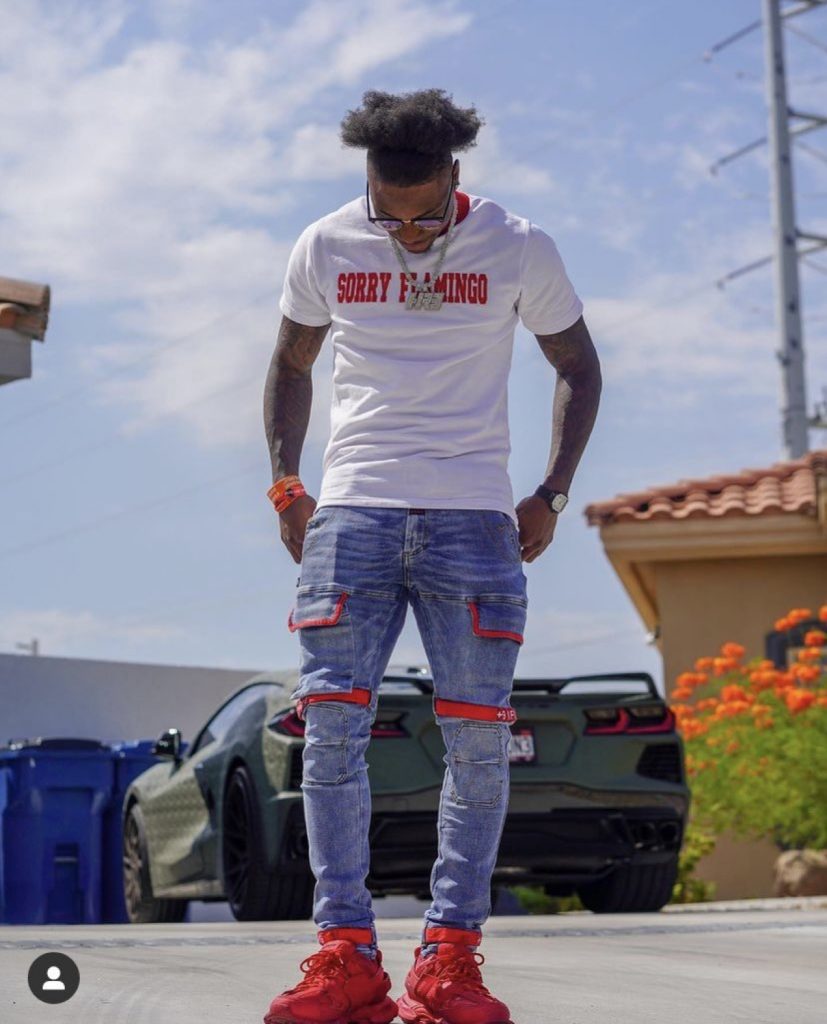 Ruggs’ 2020 Chevy C8 Corvette Stingray coupe involved in the crash was highly customized by Dreamworks Motorsports. According to its website, Ruggs nicknamed the car #LIZZY.

As a wide receiver who played for Alabama and won a national championship in 2017 and SEC championship in 2018, Ruggs was the fastest player at the 2020 NFL combine, and subsequently selected by the Raiders in the first round of the 2020 NFL Draft, No. 12 overall. While with the Raiders this season, he had 24 catches for 469 yards and two touchdowns, averaging 19.5 yards per catch, which is second in the NFL among pass-catchers with at least 20 receptions.

Over five years ago, Ruggs lost his childhood friend, Rod Scott, in a car accident in March 2016 on the way to attend a state playoff basketball game in Birmingham, Alabama. Ruggs pays tribute to him by putting up three fingers to the sky after big plays since Scott wore No. 3.