Building a classic restomod is as much about power and performance as it is about style and taste, and this ’68 Chevy Camaro offers both thanks to an LS engine swap and a variety of modern touches, as evidenced in the following brief feature video. 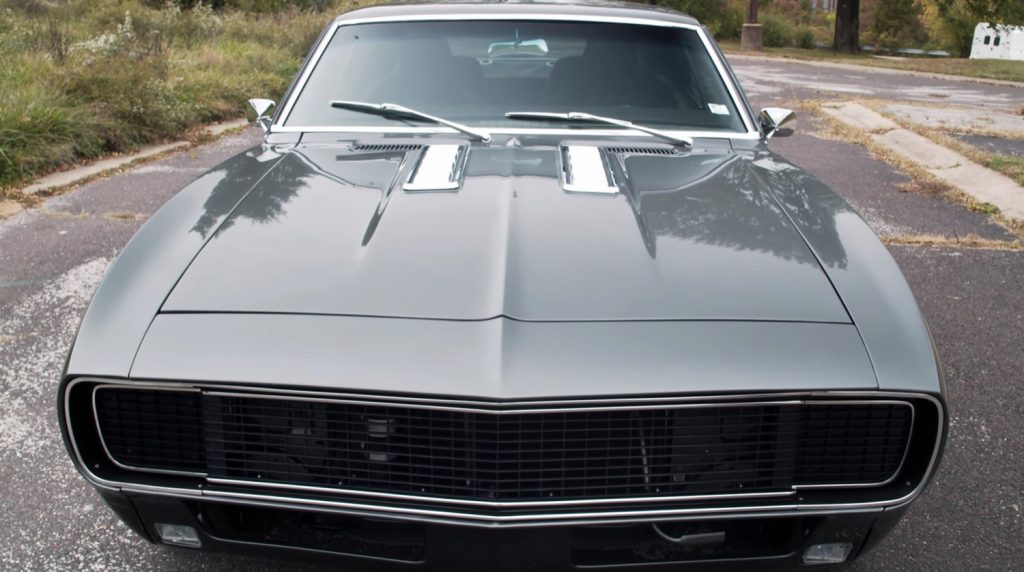 Coming to us from VIP Auto Accessories in St. Louis, Missouri, this 1968 Chevy Camaro arrived at the shop with a few tasty bits and pieces already installed, including an LS2 V8 under the hood. However, VIP didn’t hesitate to enhance the two-door with more than 30 new upgrades both inside and out, starting with a new front end complete with hideaway headlights.

VIP also applied a new ceramic coating to the paint and the wheels for extended protection, while a 20-percent window tint complements the look alongside custom matte black hockey stripes running down the flanks. LS2 badging adds an extra dash of custom tastiness to it. 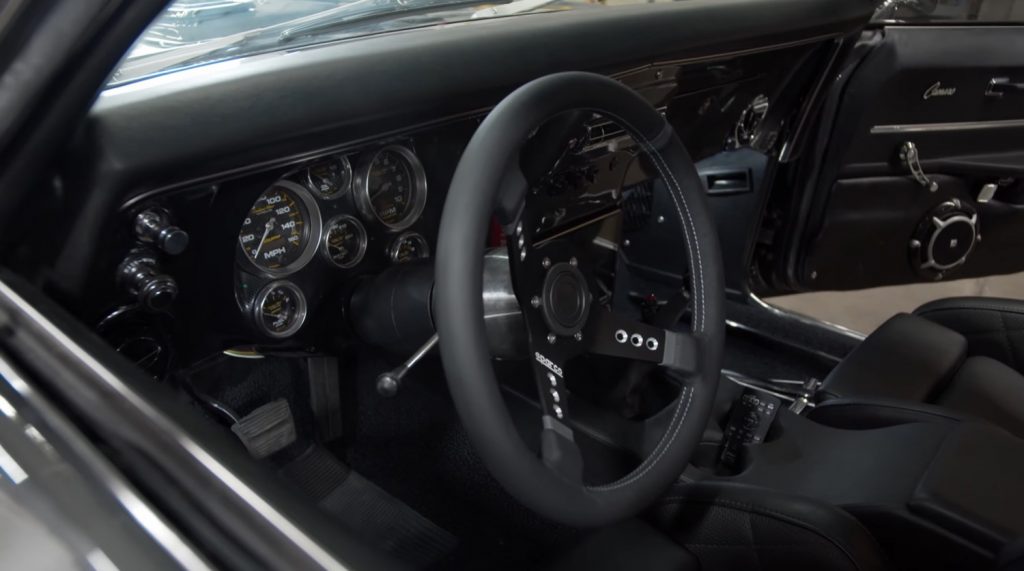 Inside the cabin, the Chevy Camaro now rocks a modern sound system from JBL, plus twin 12-inch Infinity Kappa subwoofers with a 2000W stadium series amp and T-Spec capacitor to provide the juice. A new Dynamat Xtreme sound dampening kit makes it easier to pick out the nuances of the high-end stereo, while a 10.1-inch Pioneer touchscreen and receiver, complete with Apple CarPlay, keeps it running. 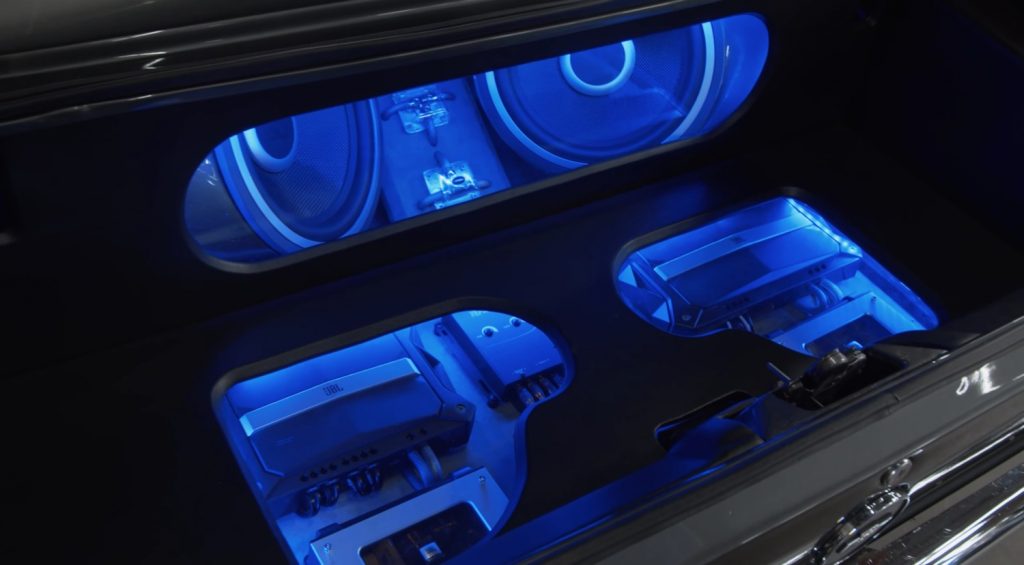 With the stereo handled, VIP turned its attention to upholstery and seats, swapping in a set of Corbeau RRX buckets and brand-new black carpeting. The previous bucket seats were moved to the rear of the cabin. Finally, a Sparco steering wheel tops it off.

Although this Chevy Camaro was already powered by a modern LS2 engine, VIP went ahead and added some under-hood dress-up with a new AEM cold air intake that was powder coated to match the exterior. Powder coating was also applied to the coil covers, while the wiring harness was replaced, as was the oil filter housing to keep it clean.

Check out the build for yourself by hitting play: