Produced between 1983 and 1988, the Pontiac Fiero was a fun little mid-engine sports car, striking a chord with enthusiasts thanks to its striking styling and exciting powertrain layout. However, since its discontinuation, some Fiero fanatics have revamped the two-door sports with all manner of upgrades and modifications, including new engines, new body styling, and, like the example feature here, even a massive suspension and chassis retrofit.

This particular Pontiac Fiero was recently spotted by GM Authority tooling around Metro Detroit, standing tall thanks to a ridiculous off-roader chassis swap and suspension lift. The exact mechanical specs for this thing are unknown, but it’s possible the two door now rides on a modified Chevy Blazer frame with a four-by-four drivetrain, similar to the modified-and-lifted Pontiac Fiero that GM Authority covered back in September of 2019. 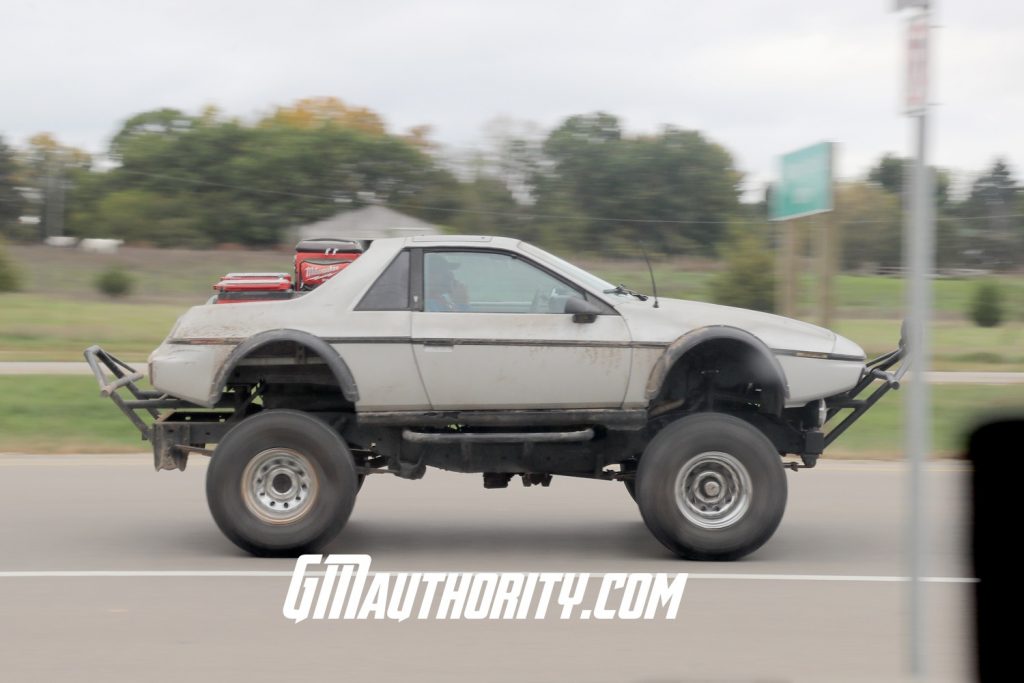 We have to assume the engine spec was upgraded as well, given neither of the factory engines (2.5L I4 LR8, 2.8L V6 L44) would likely have much success in getting this rig up to speed. To make those meaty tires and massive frame actually roll across the road, an engine swap is pretty much a must, likely with a Chevy 350 V8 mounted in front of the cabin. Believe it or not, a Small Block swap is somewhat common for the Pontiac Fiero, with multiple kits available for those looking to take a big step up in output.

Further upgrades include a set of bash bars up front and in back, plus tubular step-ups in the flanks. The front end also incorporates new lighting elements, with round KC off-roading lights added to the front bash bar, and another set of round lights underneath the factory front bumper. The fenders also come with some large flares which appear to be riveted to the sides of the body. 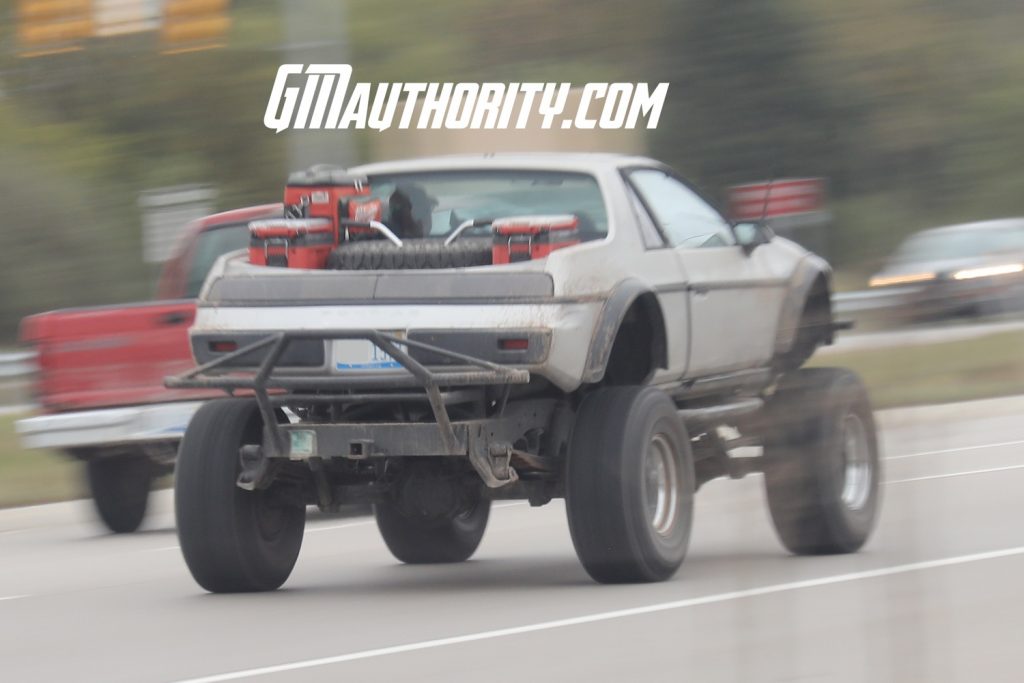 No doubt about it, this thing has the power to turn some heads on the street, and it should have some decent capability off it as well. Looks like fun.