The latest 2023 Corvette Z06 introduces a new level of performance for the eighth-generation Chevy Corvette C8, incorporating a wealth of track-focused performance upgrades and go-faster equipment. Now, former Tonight Show host and world-renowned car guy Jay Leno is climbing behind the wheel to give his impression. 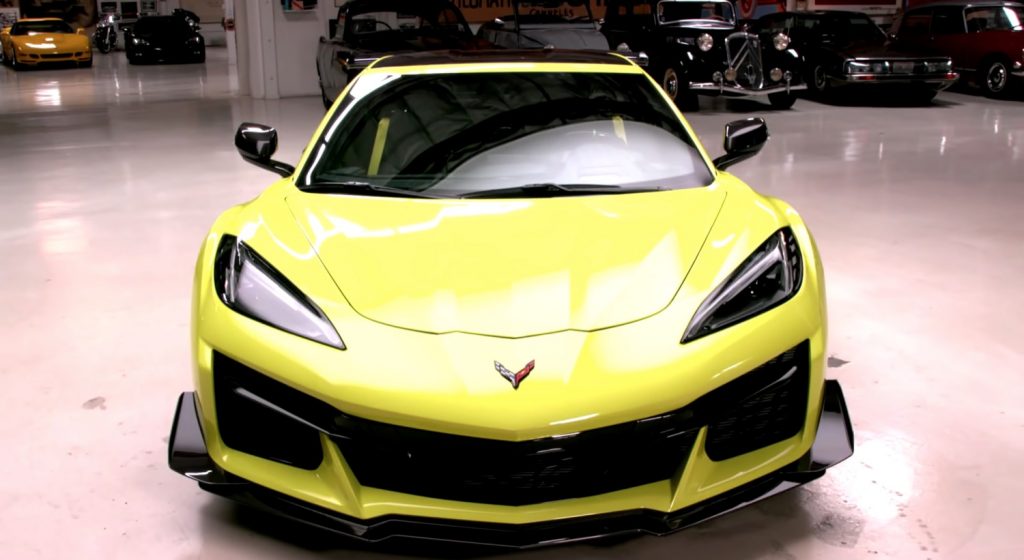 Captured in a 30-minute episode of Jay Leno’s Garage, the 2023 Corvette Z06 is featured in traditional fashion with a walk around and specs, plus a first-person driving experience on the streets of Southern California.

“This is a very exciting car to me, because I think this is really the best America can do,” Leno opens. “It doesn’t get any better than this.” 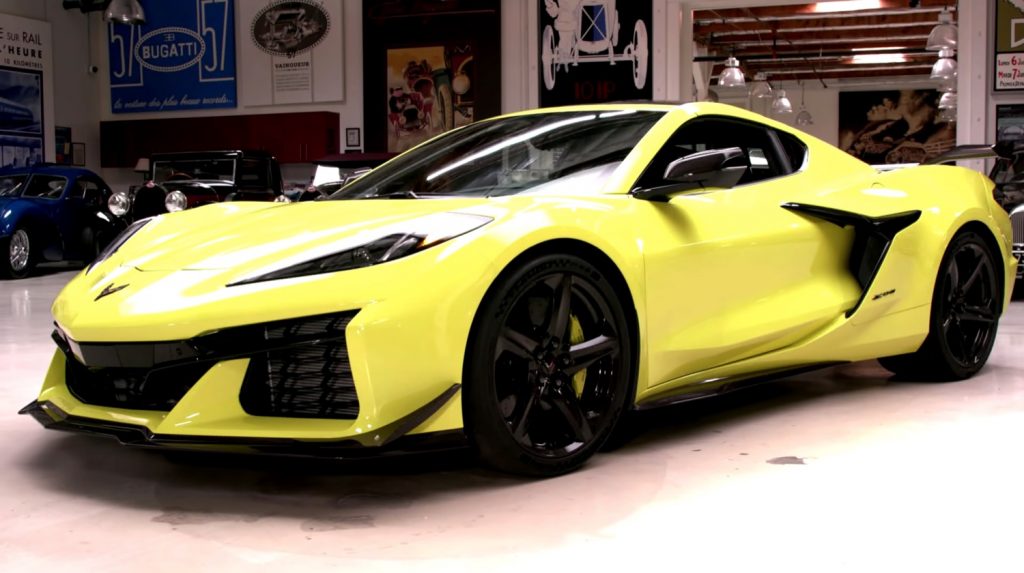 With performance that can match (or exceed) that of high-dollar European rivals, but at a third of the price, Leno certainly has a point. Making that performance a reality is the naturally aspirated 5.5L V8 LT6 gasoline engine, mounted just behind the cabin and producing 670 horsepower and 460 pound-feet of torque, with redline set at 8,600 rpm.

Joining Leno is the Lead Development Engineer for the new 2023 Corvette Z06, Aaron Link. Link goes over the new go-faster Vette from tip to tail, pointing out things like the wider body (3.6 inches to be exact), larger 345-section rear tires, and the high-revving 5.5L V8 LT6 engine. The two also talk about some of the civility aspects of the two-door, including the front trunk and rear trunk, and the removable top, plus the interior specs and comfort stuff. 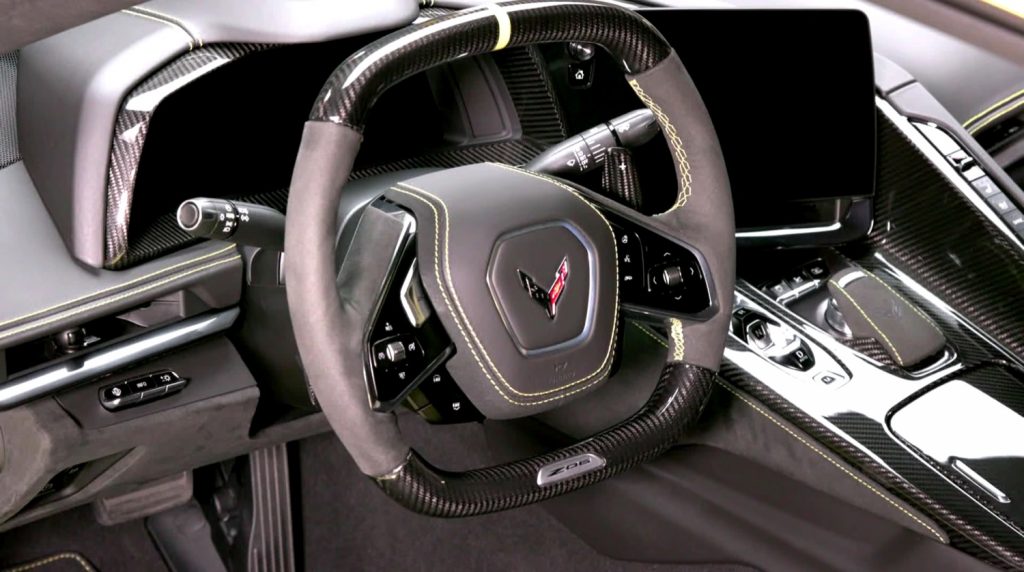 This particular model is equipped with the Z07 Performance package, which upgrades the 2023 Corvette Z06 with a list of goodies, such as new aero components, carbon ceramic brakes, unique Michelin Sport Cup 2 R tires, unique FE7 suspension and Magnetic Ride Control damper tuning, and the optional carbon fiber wheels, the latter of which cut unsprung weight by 41 pounds. 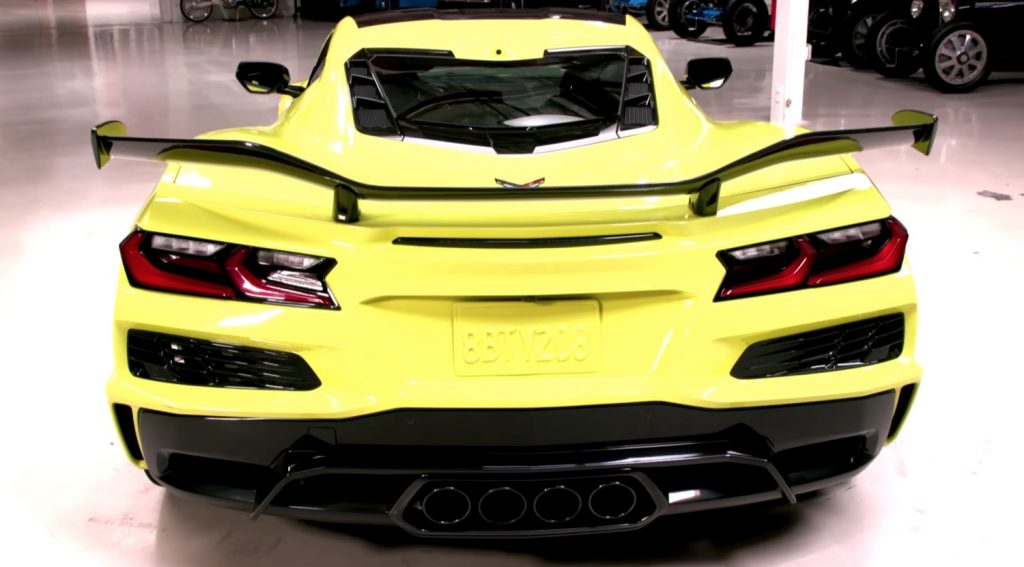 After pouring over the specs, Leno and Link take the new 2023 Corvette Z06 out on the street to see how it handles in the real world, opening up the taps a bit along the way.

If you’re loving the new 2023 Corvette Z06 and wanna see what Leno thinks about it, hit play, sit back, and enjoy: