General Motors’ four brands performed extremely well in the newly published J.D. Power 2021 U.S. Sales Satisfaction Index Study, which attempts to gauge customer satisfaction with the sales experience among new-vehicle buyers, as well as those who elected to shop elsewhere during their vehicle buying journey.

This study, which is now in its 36th year, gauges customer satisfaction with dealers based on six factors: delivery process, dealer personnel, working out the deal, paperwork completion, dealership facility and dealership website. The study also measures satisfaction among showroom visitors that elected to shop elsewhere, which is based on the following five factors: salesperson, price, facility, variety of inventory and negotiation. This year’s edition of the study is based on the responses from 35,387 shoppers that visited dealers between March 2021 and May 2021. 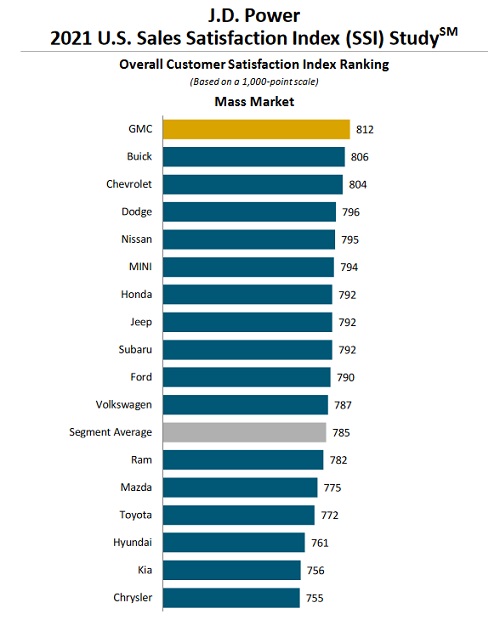 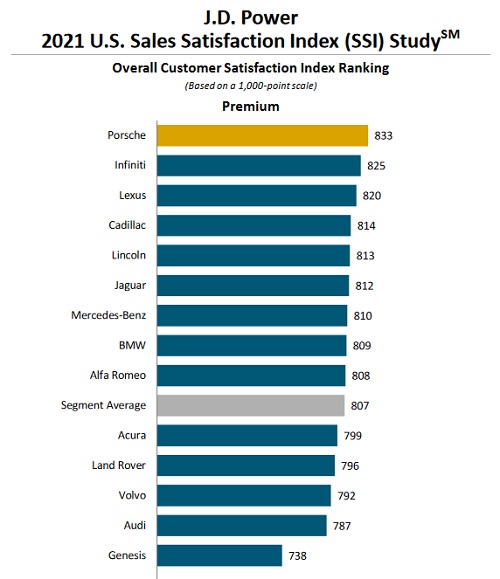 J.D. Power says many customers that traded in their vehicles this year were extremely pleased with the sales experience, as they typically received more money for their trade-in than they expected due to the global semiconductor chip shortage. However, the chip shortage also saw many dealers get docked points due to their low inventory levels – though the best dealers were able to navigate around this issue with strong online inventory search tools and other digital retailing strategies.

“Despite the lack of inventory, dealerships have overcome what might be thought of as a challenging sales environment for shoppers,” explained J.D. Power’s VP of automotive retail, Chris Sutton. “Right now, it’s hard to see the light at the end of the supply chain tunnel, so dealerships need to continue to sell vehicles through their inbound pipeline and help customers with special orders. However, the silver lining for customers is that trade-in values remain high and this has had a positive effect on customer sales satisfaction.”