GM Authority photographers have captured Ford performing benchmarking tests on the 2021 Chevy Tahoe at its Dearborn campus in Michigan. 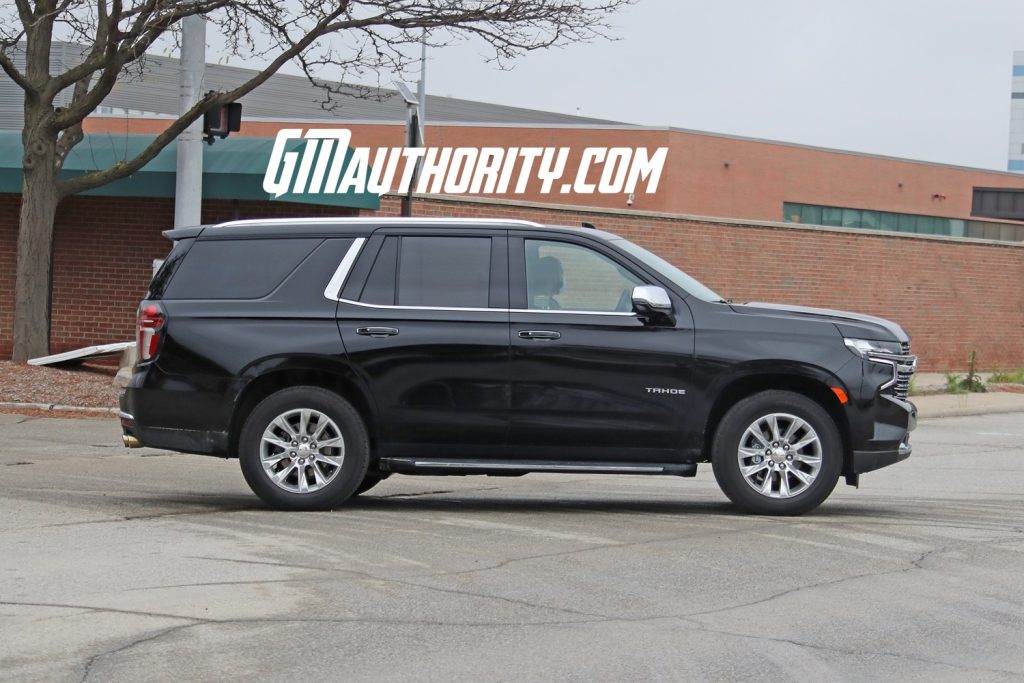 This photo set shows a 2021 Chevy Tahoe Premier equipped with a Michigan manufacturer’s license plate leaving the competitive benchmarking center at the Ford Dearborn facility. It’s quite common for automakers to benchmark the competition’s products with their own, as this practice allows them to see where their vehicle falls short compared to their rivals and how they can improve their products to generate more sales, but Ford has a particularly good reason to keep a close eye on the Tahoe. 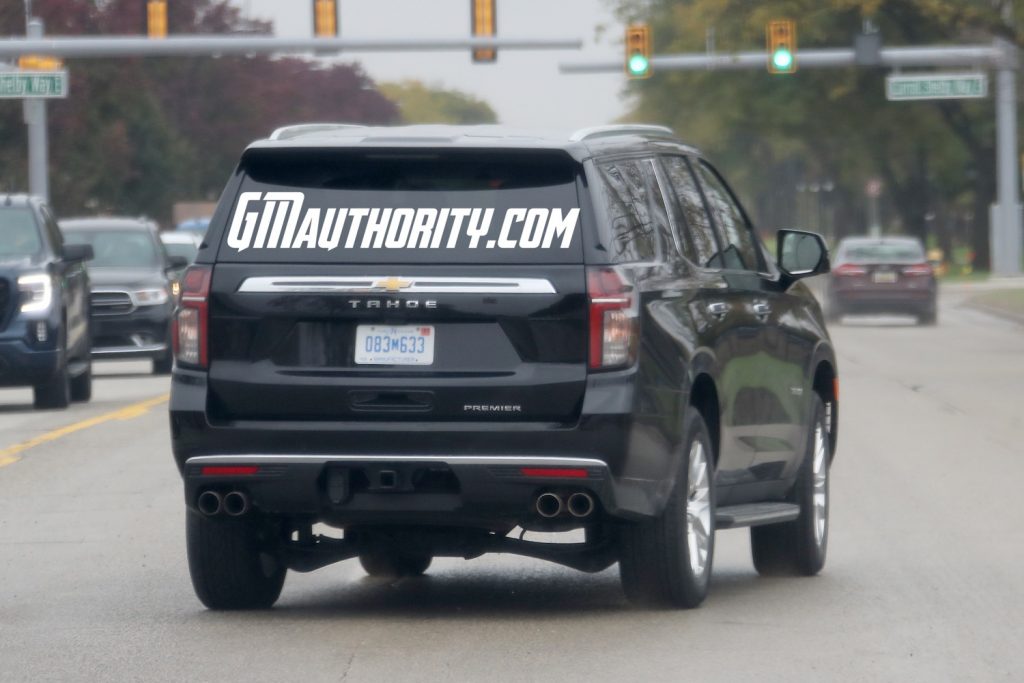 Ford may be keen to benchmark the 2021 Chevy Tahoe, as the full-size SUV has been obliterating the Ford Expedition in sales this year. The Tahoe has generated sales of 75,148 units in the first nine months of 2021, while the Ford Expedition trails at 64,204 units. That sales figure for the Expedition also includes the longer wheelbase Expedition MAX. If we combine the sales of the Chevy Tahoe with the longer wheelbase Suburban, Chevy’s full-size SUV line has actually generated sales of 109,331 units – far more than the Expedition. 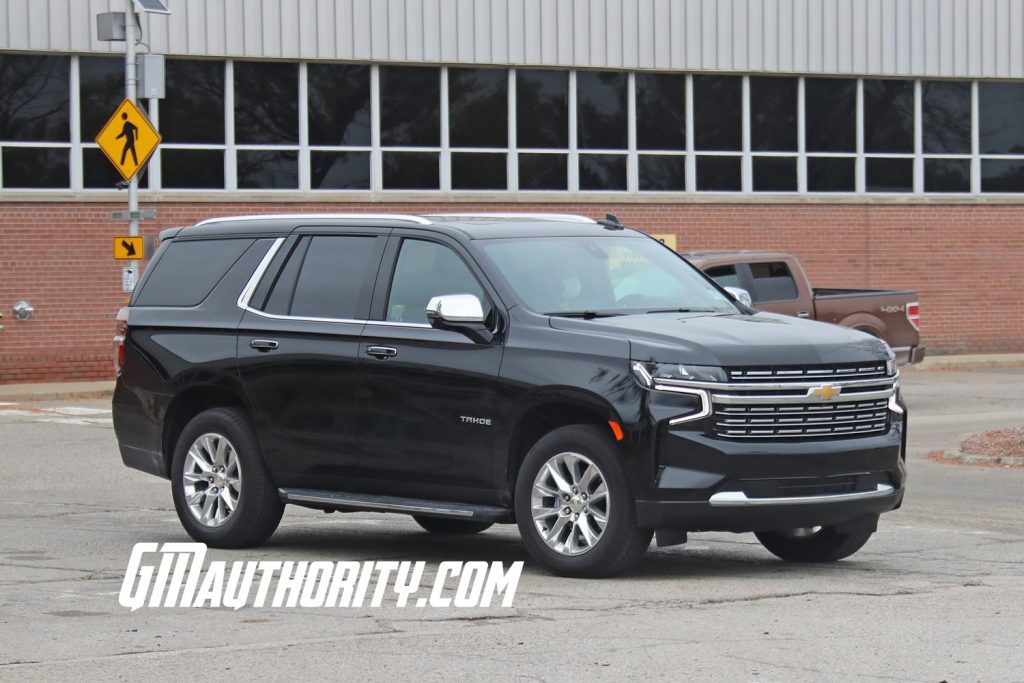 This isn’t the first time we’ve caught Ford benchmarking a GM product riding on its T1 body-on-frame platform. Back in July, we published photos of the automaker testing out the 2021 Cadillac Escalade as it evaluated the vehicle to help improve its Lincoln Navigator full-size luxury SUV. 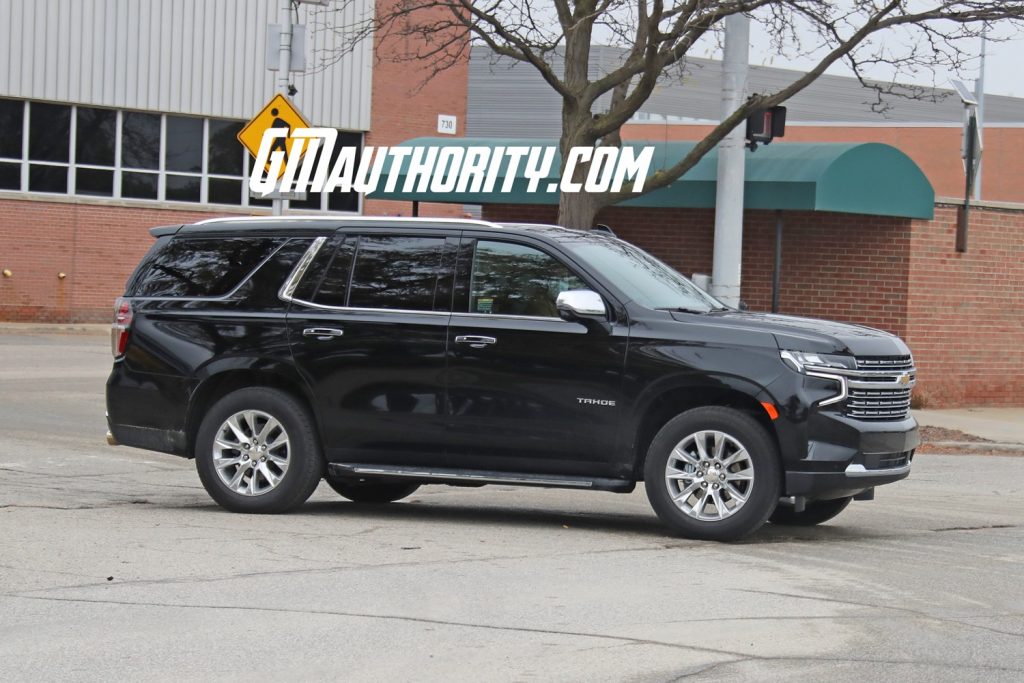 As an interesting aside, we also caught Ford benchmarking the C8 Corvette Stingray this summer – a potential sign that Ford is looking to break into the two-seat sports car game sometime in the not-too-distant future. This benchmarking practice also goes both ways, with photographers catching GM engineers trying out the latest Ford F-350 Super Duty Dually back in September.