General Motors unveiled the 2022 Cadillac CT5-V Blackwing on February 1st, 2021, pulling the sheets on the most track-capable production model to ever wear the Caddy crest. Offering a combination of Cadillac-branded luxury and cutting-edge performance, the CT5-V Blackwing is a highly desirable automobile, and now, GM Authority has located two of the initial 250 units still available at dealers. 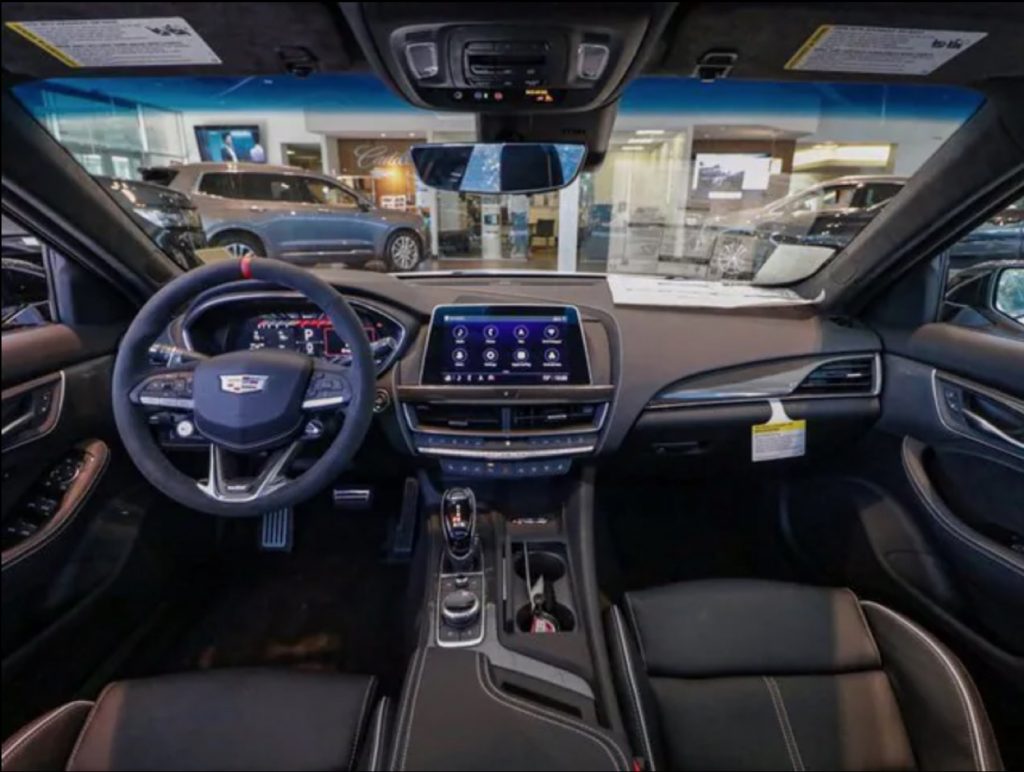 The first of the two 2022 Cadillac CT5-V Blackwing models located by GM Authority is available at Classic Cadillac of Atlanta in Georgia, and is finished in Summit White paint, with a Jet Black interior and Jet Black cabin accents. The exterior includes the optional Carbon Fiber Package 1 and Carbon Fiber Package 2, which adds on composite bits for the front splitter, grille surround, rocker moldings and extensions, rear valence, and rear spoiler. Under the hood, the supercharged 6.2L V8 LT4 gasoline engine is rated at 668 horsepower and 659 pound-feet of torque, with output routed through an optional 10-speed automatic transmission (a six-speed manual is standard). 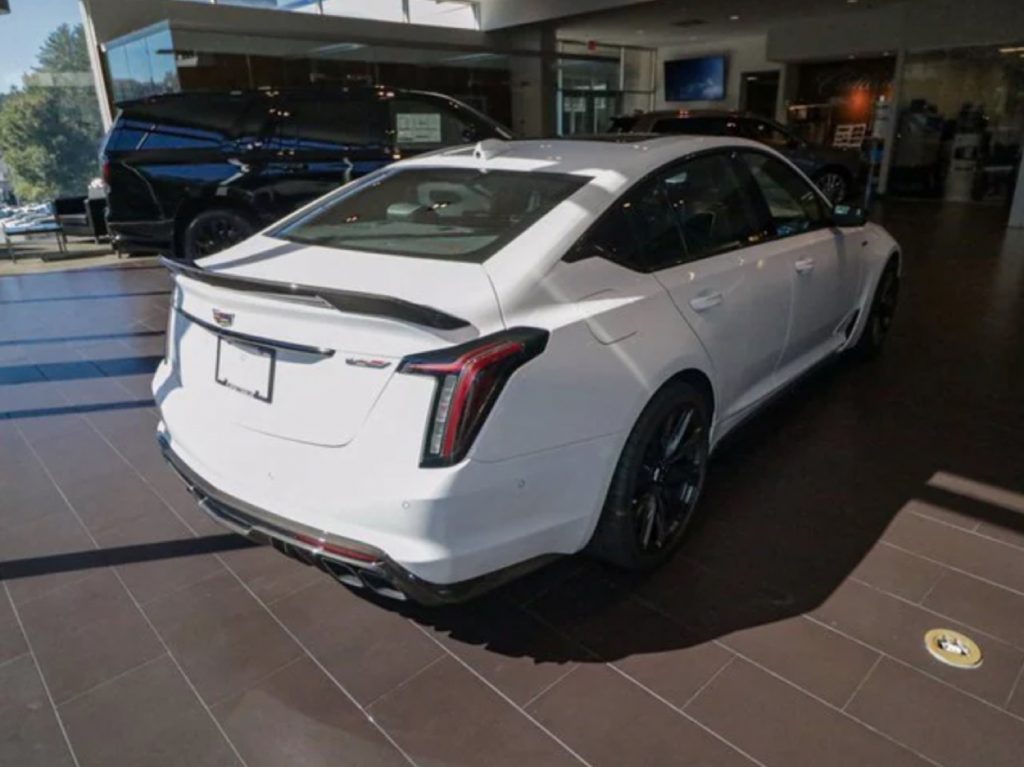 As one of the first 250 units of the 2022 Cadillac CT5-V Blackwing ever produced, the car also includes a special high-performance steering wheel with a serialized plate etched with a five-digit portion of VIN. As GM Authority covered previously, the first 250 reservations were filled in just three minutes, and included a complimentary course at the Cadillac V-Series Academy in Pahrump, Nevada.

Update: After the publication of this article, GM Authority has learned that this car is in fact not one of the 250 Collector Series units, but a customer order following the initial reservation period. 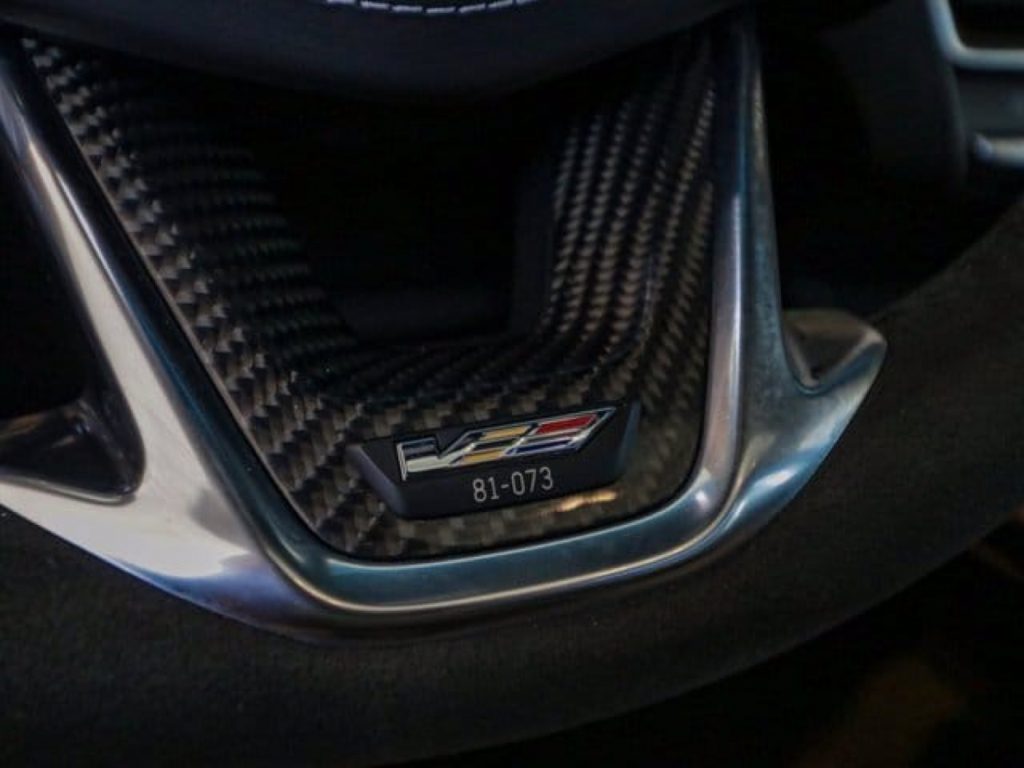 Another 2022 Cadillac CT5-V Blackwing is on offer from Central Cadillac in Cleveland, Ohio, finished in Black Raven paint and featuring Natural Tan leather upholstery with Jet Black accents. Unlike the CT5-V Blackwing listed above, this second example is fitted with the standard six-speed manual transmission, rather than the optional 10-speed automatic. It also features 19-inch alloy wheels with a Tech Bronze finish, plus the special serialized performance steering wheel that’s standard with the first 250 units of the CT5-V Blackwing. 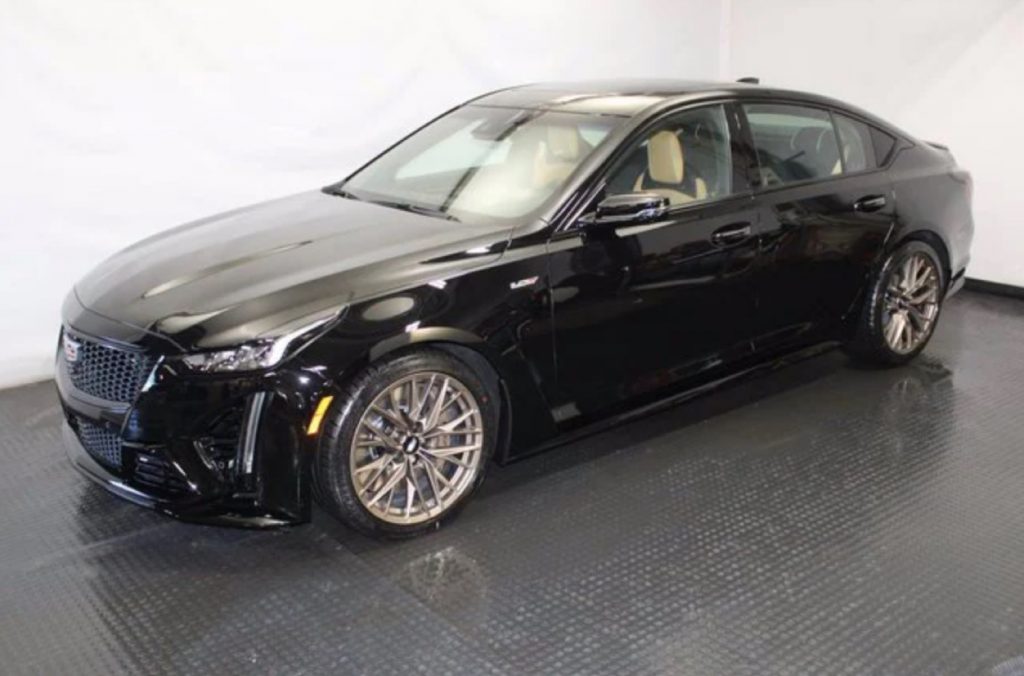 Pricing for this particular example is listed at $129,625, which includes a dealer markup of $35,000. This unit is one of the 250 Collector Series cars, but the buyer ultimately decided to back out of the purchase.

As a reminder, the 2022 Cadillac CT5-V Blackwing is built on the GM Alpha 2 platform, with production taking place at the GM Lansing Grand River plant in Lansing, Michigan.