A company called Canadian Electric Vehicles, or CanEV, turned heads at the recent 2021 SEMA Show in Las Vegas with a 1969 Chevy Camaro Z/28 that had been converted to a battery-electric vehicle. 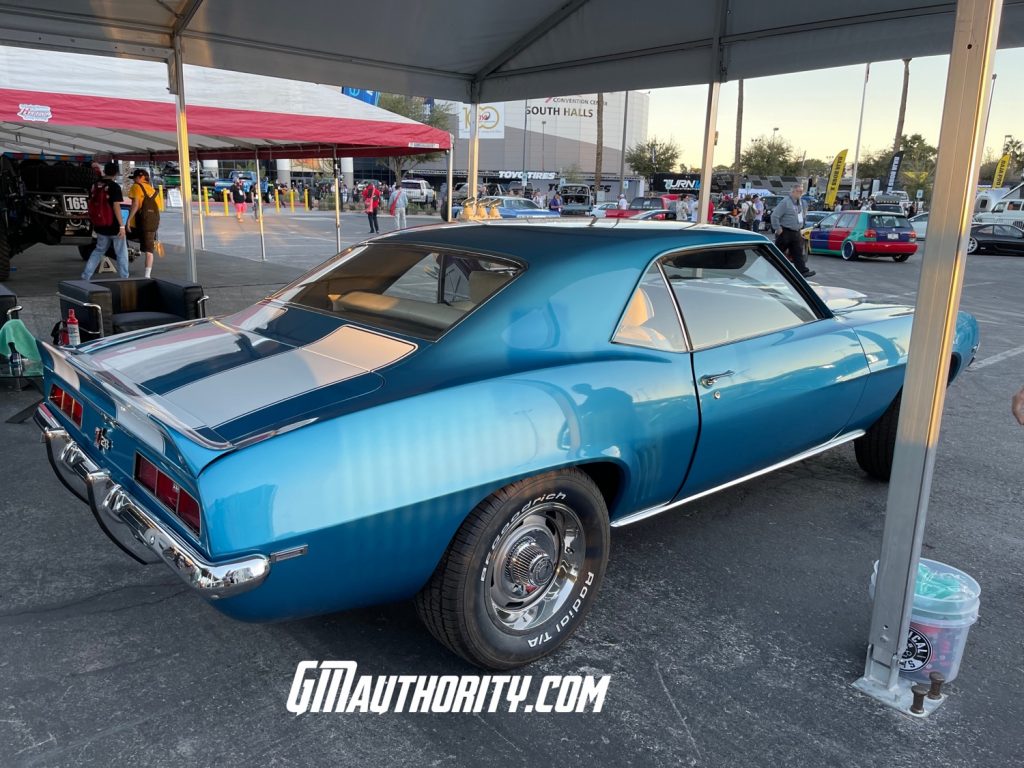 This converted electric Chevy Camaro is the result of a collaboration between CanEV, based out of Parksville, British Columbia, and Webb Motorworks, which is based out of nearby Victoria. Webb Motoworks has developed an e-crate solution that integrates a high-powered electric motor into a casing that mimics the look of a Chevy Small Block, allowing muscle car fans to convert their gasoline-powered classics into eco-friendly EVs whilst retaining the underhood appearance of a carbureted V8. It also has motor housings made to look like a HEMI and a Ford Flathead.

“Finally, hot-rodders and classic car fans can maintain their vehicles’ power and performance without having to compromise the aesthetic of their engine compartment,” Chris Webb, owner of Webb Motorworks, said in a statement. 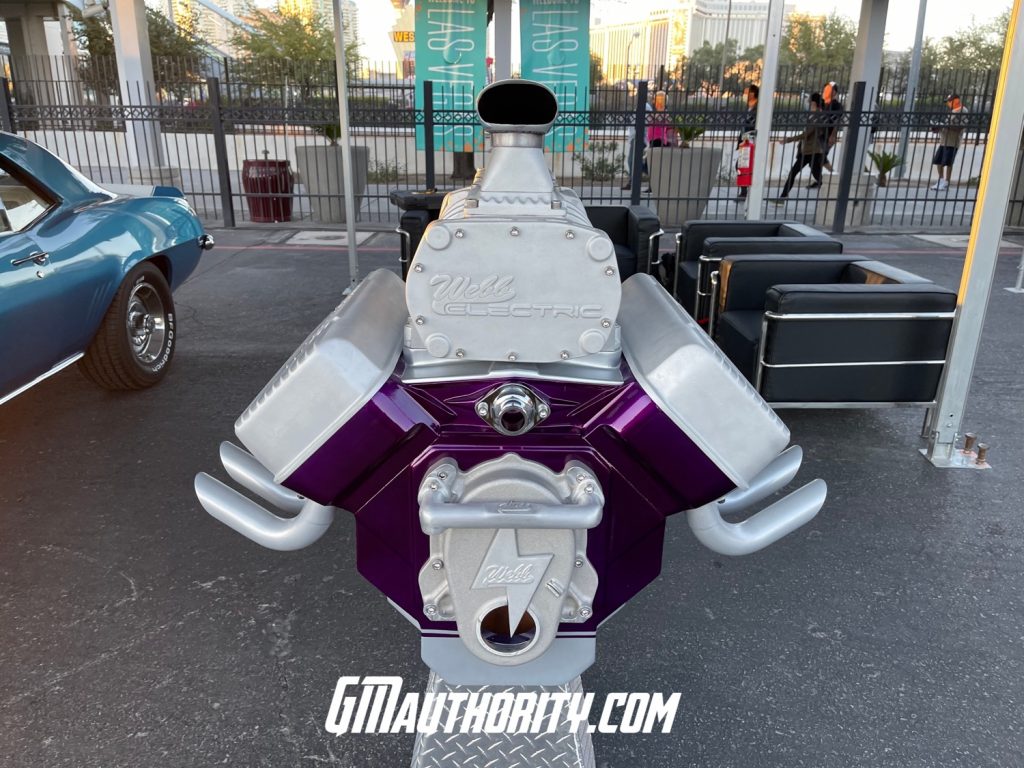 Webb Motoworks’ e-crate powertrains are rated at around 500 horsepower, making them more potent than Chevy’s own Connect and Cruise e-crate solution, which utilizes the 200 horsepower electric motor and 60 kWh battery from the Chevy Bolt EV. It’s not clear what kind of battery module Webb Motoworks is using, however the company says the range of vehicles with this e-crate solution will stand at between 135 and 250 miles, depending on the application. 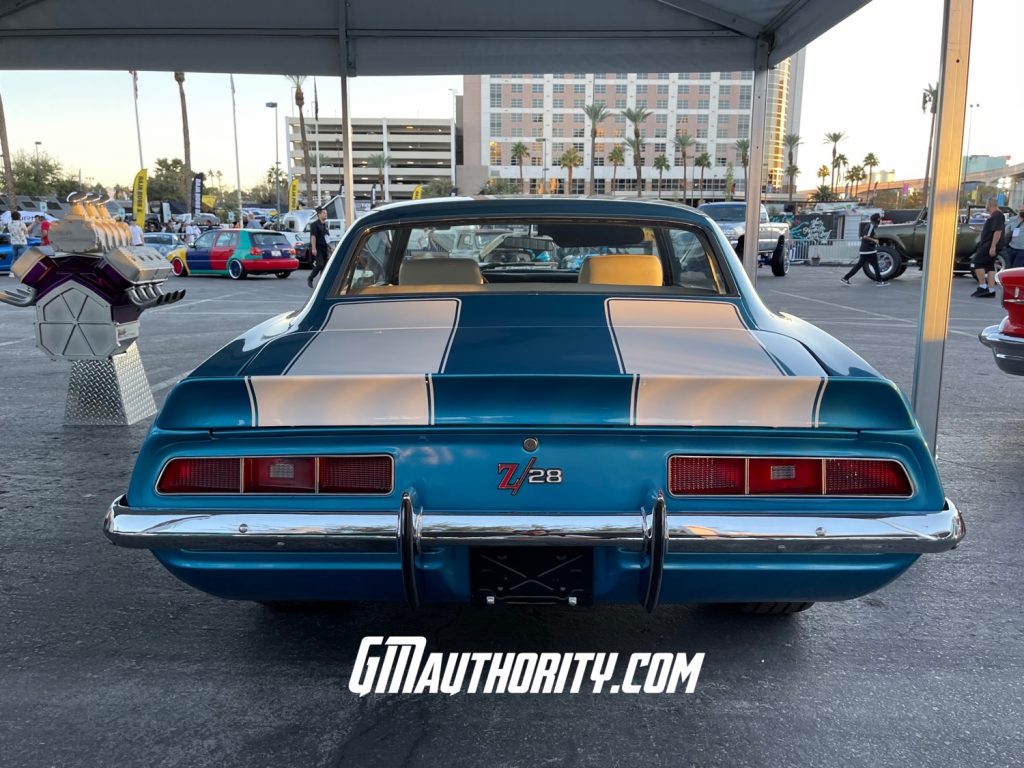 The conversion kits will cost between $50,000 and $70,000 USD, according to Webb Motorworks’ website, which includes a block with an automotive-grade Bosch motor, a battery pack with mounting hardware, cooling radiators and coolant tanks and all necessary cables and wiring harnesses. A sensor to detect the shifter position for Park-Reverse-Neutral-Drive will also be offered by the company, as well as different instrumentation and AC/heater options. 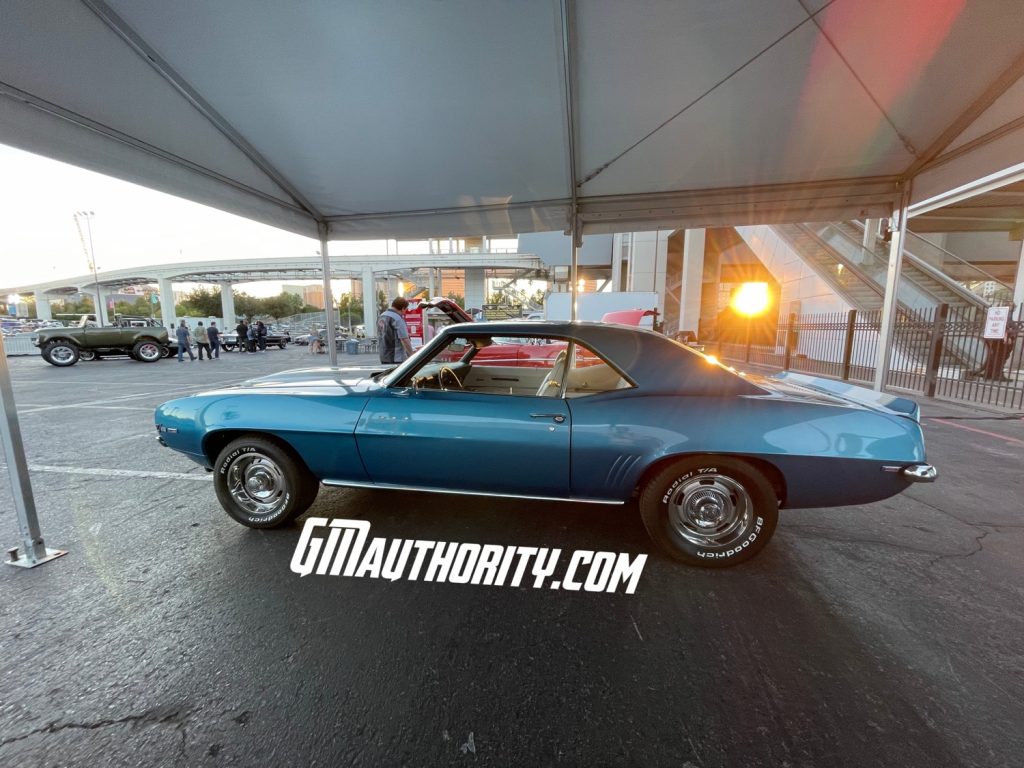 In addition to the converted 1969 Chevy Camaro Z/28, CanEV also showed off a converted 1932 Ford Coupe at SEMA, along with a converted 1957 Chevy Bel Air. The conversion solution is expected to go on sale shortly, with Webb currently taking pre-orders for the e-crate through its website.

“These powerplants are state-of-the-art systems with performance and driveability that is well beyond the engines they replaced,” said Todd Maliteare, the president of CanEV. “This first run of three cars was a challenging project for our team, and we’ve gained incredible experience that we look forward to utilizing for future high performance EV projects.”