The U.S. Deputy Secretary of Defense, Kathleen Hicks, paid a visit to the GM Technical Center in Michigan this week to observe how the company plans to help the Department of Defense (DoD) implement new electric, autonomous and connected technologies. 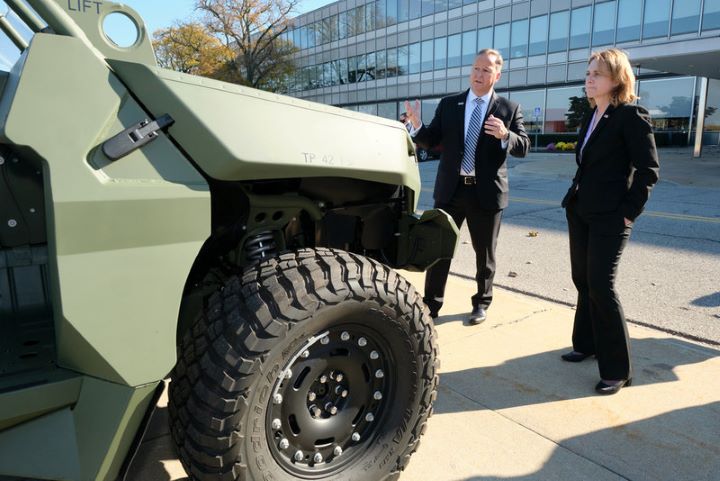 Secretary Hicks and her team visited the GM Design center and also toured the automaker’s Estes Engineering Center, which is the largest battery validation lab in North America. GM Defense also demonstrated its nine-Soldier, all-terrain Infantry Squad Vehicle (ISV) and an accompanying ISV variant for the Secretary, who later got behind the wheel of the ISV and experienced it for herself firsthand. 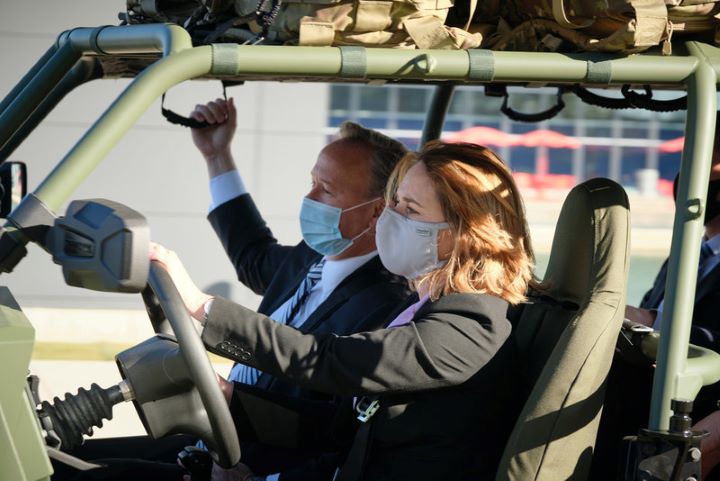 GM Defense president Steve duMont said Hicks’ visit allowed the company to show her how the government could leverage GM’s large-scale $35 billion investment in electric and autonomous vehicles to further its military might.

“GM Defense has a tremendous opportunity to leverage our parent company’s investments in advanced battery technologies and adapt them to meet defense requirements,” said duMont. “The more we can adapt existing commercial technology, the faster we can modernize warfighter capabilities and quickly deliver technology at the speed of relevance.”

“I appreciate Secretary Hicks taking the time to get to know GM Defense as we look to partner with Department of Defense on its electric future,” he added. “As the leader executing the DoD’s priorities, her leadership in the pathway to electrification is inspiring.” 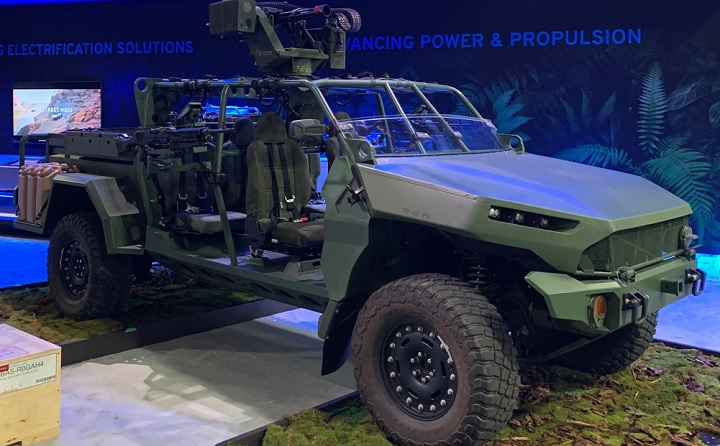 A new variant of the GM ISV debuted at the recent Association of the United States Army (AUSA) meeting, which is fitted with a top-mounted .50 caliber gun and was a self-funded project to showcase one of the various applications GM Defense can create on the ISV Family.

In addition, GM Defense has also developed a one-off, self-funded battery-electric version of the ISV, which makes use of the same 200-horsepower powertrain as the Chevy Bolt EV and Bolt EUV via the E-Crate powertrain that debuted at the SEMA Show in 2019.