A custom Chevy Malibu XL-based two-door pickup truck made its debut at the 2021 Guangzhou Auto Show over the weekend, turning heads and making headlines with its El Camino-esque exterior styling. 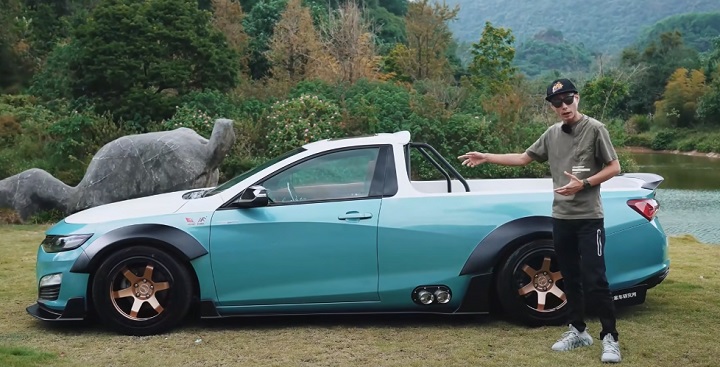 From what we can gather, this customized Malibu was built by Yuan Qicong, the presenter of a popular Chinese automotive YouTube channel. This custom Chevy pickup is apparently Qicong’s dream car and pulls inspiration from performance Utes like the Holden Maloo, along with the tuner and drift scenes.

In addition to the custom Ute body (which looks very professionally done, in our opinion) this wild Chevy Malibu XL also features widened fender flares, widened front and rear suspension tracks, a pair of faux side-exit exhausts, aftermarket three-piece wheels, a rear roll/utility bar and an aftermarket body kit with a front splitter, rear diffuser and side skirts. It also sits on full air ride suspension, allowing the driver to raise and lower the suspension on the fly, while the interior features short back seats and a vintage-look steering wheel. 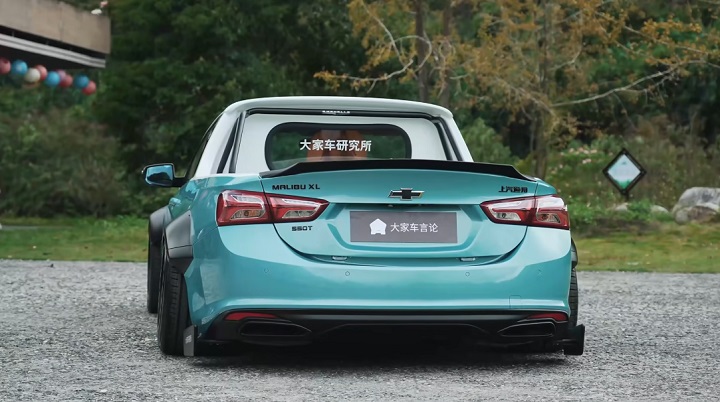 It’s unclear if Qicong made any modifications to the Chevy Malibu XL’s powertrain when building his custom Ute. As a reminder, the Chevy Malibu XL is sold with a turbocharged 2.0L LSY four-cylinder engine, which delivers 237 horsepower and 258 pound-feet of torque. Power is sent to the front wheels through GM’s nine-speed automatic transmission.

While this modded Chevy Malibu XL may be a product of the Chinese car enthusiast scene, we think it’d find plenty of fans here in the United States – especially at major custom car events like the SEMA Show or Detroit Autorama.

Check out the video embedded below to see a little bit more of Qicong’s head-turning Chevy Malibu XL Ute.