Earlier this week, we shared images of a heavily customized Chevy Malibu XL “Ute” that was presented at the recent 2021 Guangzhou Motor Show in China. Turns out that wasn’t the only radically modified Chevy Malibu that was present at the show, with the American automaker also bringing along a custom Malibu Code X that utilizes exterior parts and components from the sixth-generation Chevy Camaro ZL1 1LE. 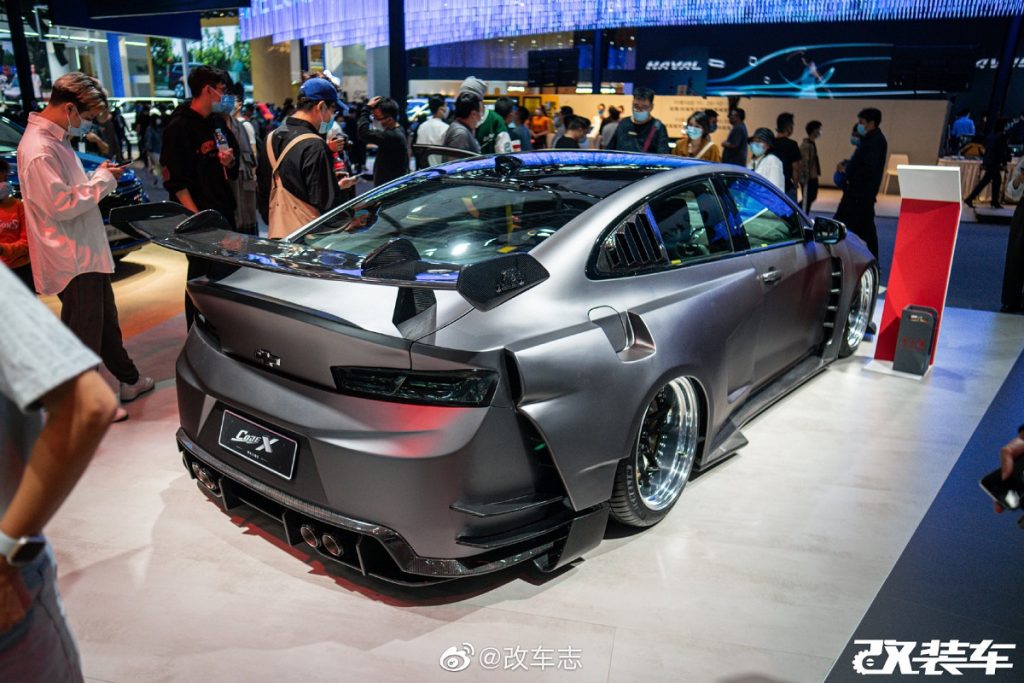 The Chevy Malibu Code X, as this custom creation is known, appears to pull inspiration from motorsports with its boxed fender flares, lowered suspension, ventilated brake discs, three-piece wheels and rear three-quarter window louvers. The builder of this wild show car also grafted the front fascia from a Chevy Camaro ZL1 1LE onto the front of the Malibu, along with the muscle coupe’s LED taillamps. Other modifications include a carbon fiber front splitter, a large hood scoop, carbon side skirt extensions, a GT3-style carbon fiber rear wing, a carbon rear lower diffuser and quad-exit exhausts. 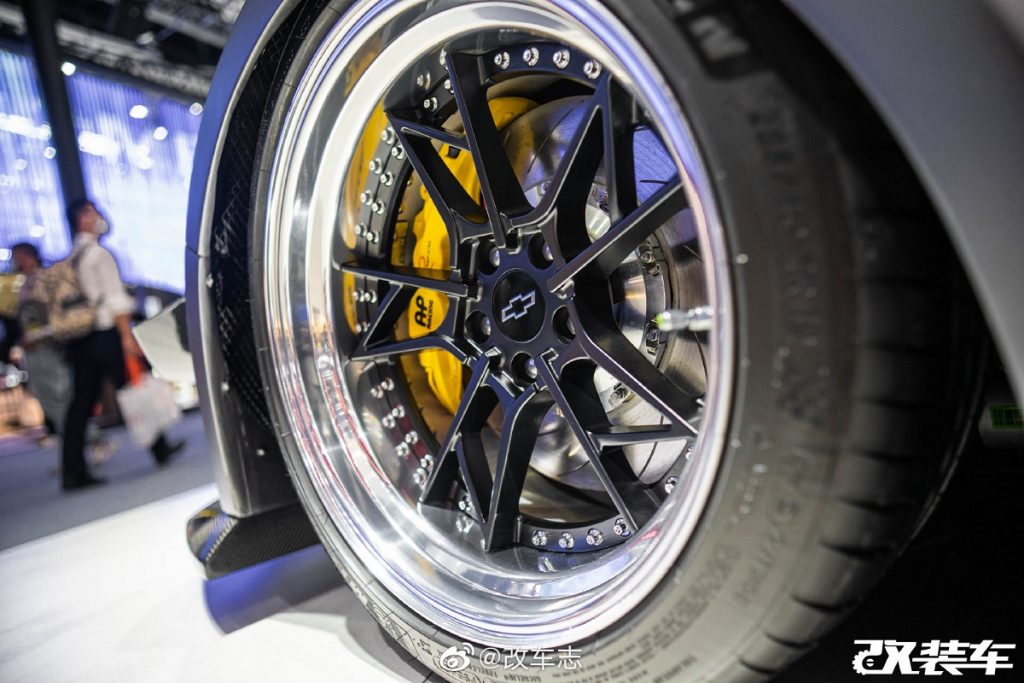 Interior photos of the Chevy Malibu Code X show reupholstered Alcantara seats, along with an abundance of Alcantara trim and yellow contrasting stitching and accents. The Malibu’s steering wheel was also tossed out in favor of a sporty flat-bottom steering wheel from a Chevy Camaro, which is complete with a yellow 12 o’clock marking and carbon fiber accents. Carbon trim also adorns the dash, center console, shift knob, HVAC vents and door trim inlays. 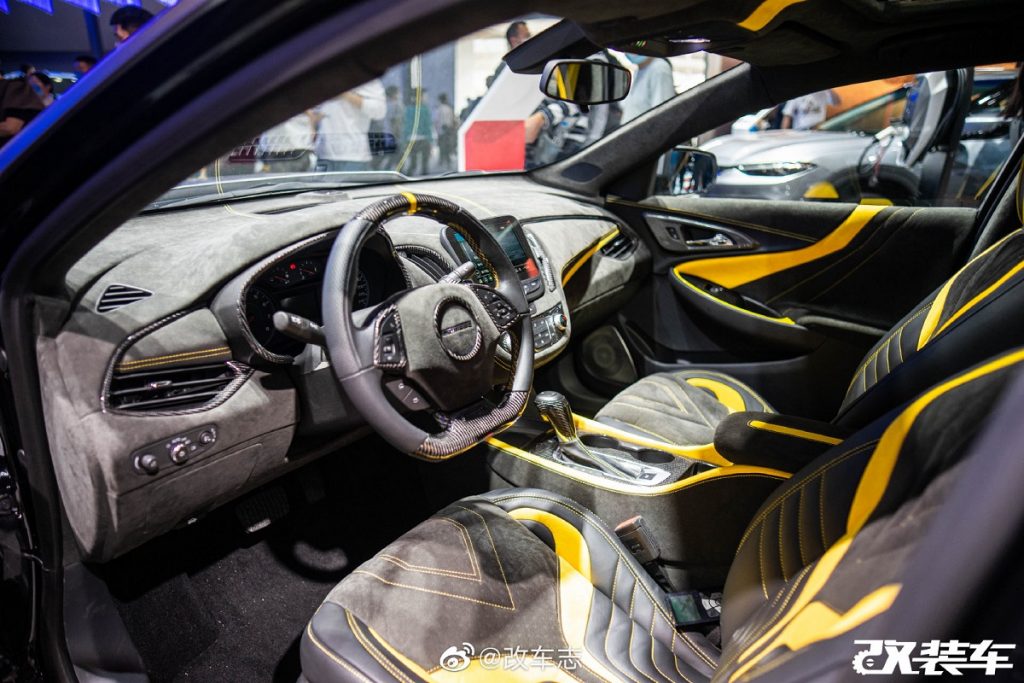 This might be the most heavily customized Chevy Malibu we’ve laid eyes on – or at least since we last looked at the aforementioned Malibu XL Ute that was also shown in Guangzhou. It’s interesting to see these two custom Malibu models come out of China, as this is not typically a vehicle that would grab much attention from the aftermarket here in North America.