The 2021 Chevy Corvette tied with another General Motors product to top its segment in the recently published J.D. Power 2021 U.S. Multimedia Quality and Satisfaction Study. 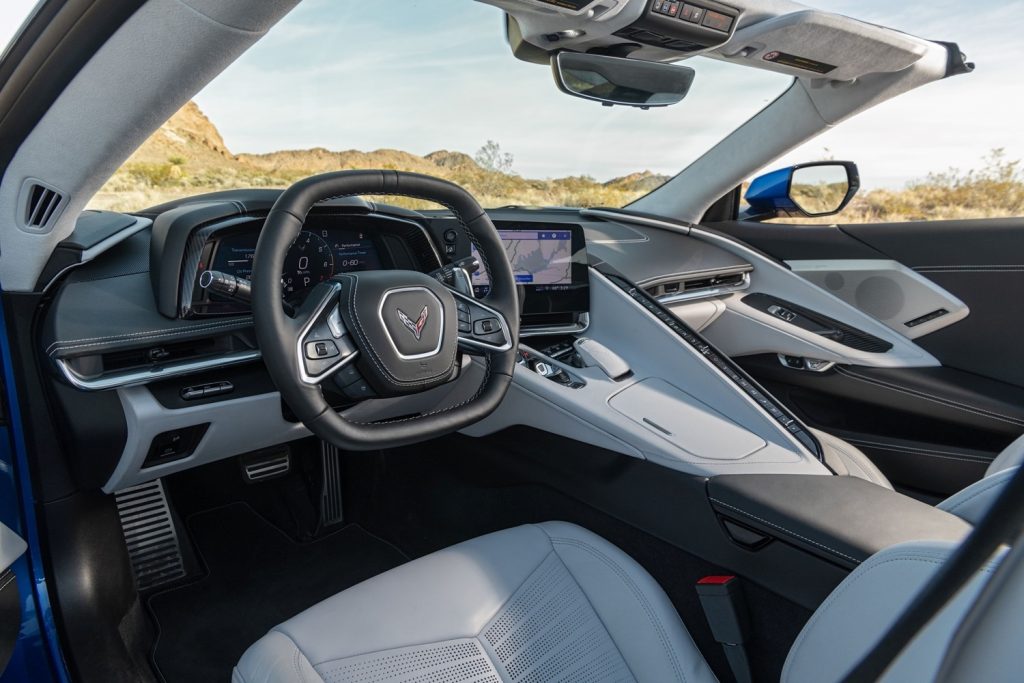 To conduct this study, J.D. Power surveyed 110,827 purchasers and lessees of new 2021 model-year vehicles after 90 days of ownership, asking owners to rate their overall level of satisfaction with their vehicle’s factory multimedia system and report problems they’ve experienced. J.D. Power then used these responses to award each new vehicle a score based on a 1,000-point scale, with a higher score reflecting a better-performing multimedia system. 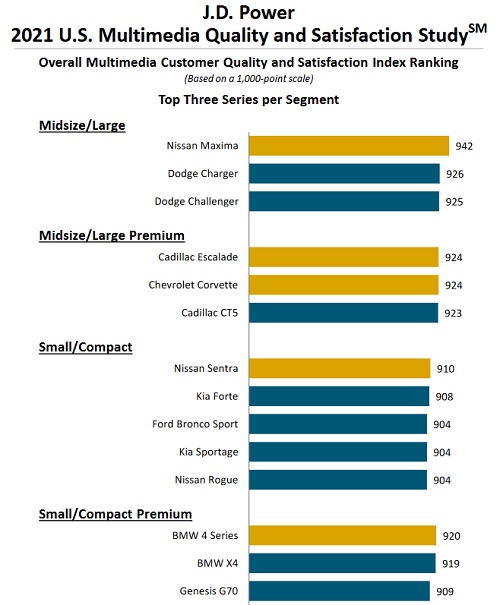 The Chevy Corvette earned a score of 924 out of a possible 1,000, tying it with the 2021 Cadillac Escalade as the best-performing vehicle in the Midsize/Large Premium category. Yet another GM product, the Cadillac CT5, was third in this segment with a score of 923. This appears to suggest customers are responding well to the current GM infotainment system layout and its overall performance, with both Cadillac and Chevy customers expressing satisfaction with the system.

Other vehicles that performed well in this study include the BMW 4 Series, which topped the Small/Compact Premium segment, the Nissan Sentra (Small/Compact) and the Nissan Maxima (Midsize/Large). 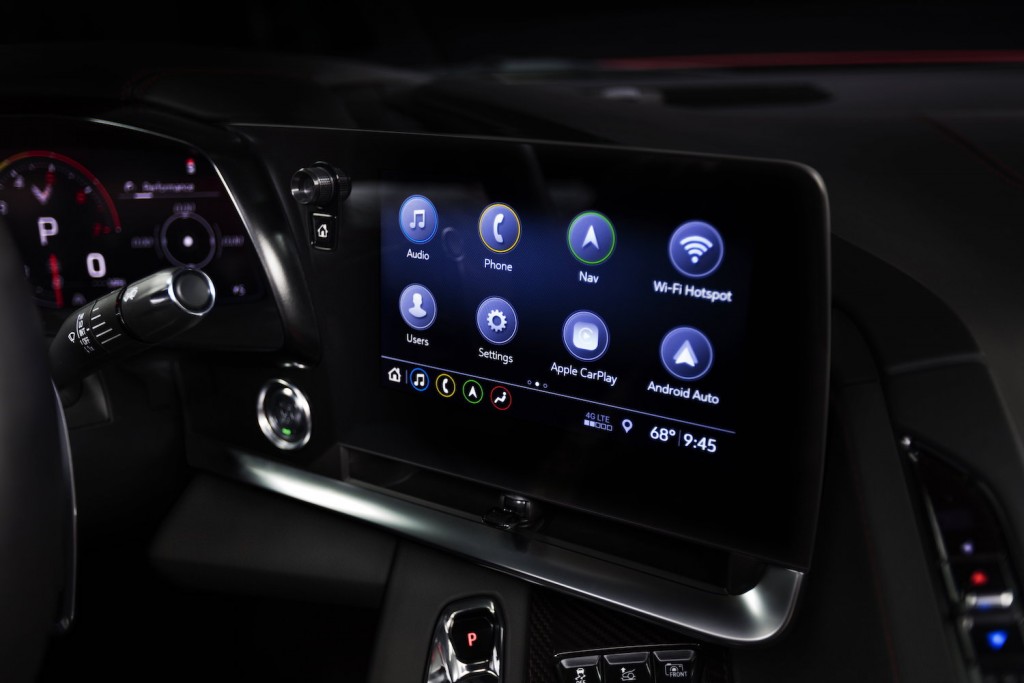 According to J.D. Power’s senior director of global automotive quality, Brent Gruber, many automakers were docked points after customers observed connectivity issues when pairing their smartphone with Apple CarPlay and Android Auto. These systems can also now be connected wirelessly in many new vehicles, including most new GM products, causing more connectivity issues for some manufacturers. GM’s strong performance in the study is evidence most of its customers are not having this kind of problem often, however.

“Smartphone mirroring has shown to be a source of problems for several years now but has become more problematic this year with the growing ability to wirelessly connect the feature on a number of vehicles,” Gruber said. “Fortunately, the top tech companies and automakers have the ability to generate demand for new or upgraded technologies while troubleshooting current issues as the rollout continues.”