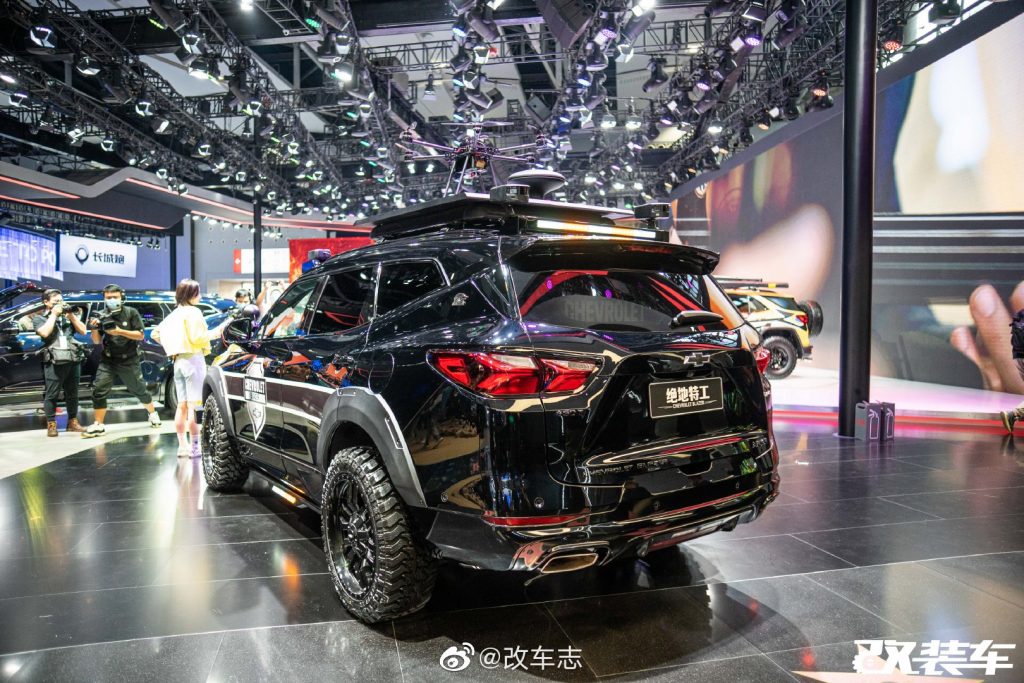 General Motors refers to this modified Blazer as a “Mobile Command Center,” so that’s what we’ve decided to call it. A translated social media post from the automaker’s Chinese arm indicates this vehicle is actually called the “Jedi Agent,” but we get the feeling something’s been lost in translation there, so we’re going to stick with Mobile Command Center for now. 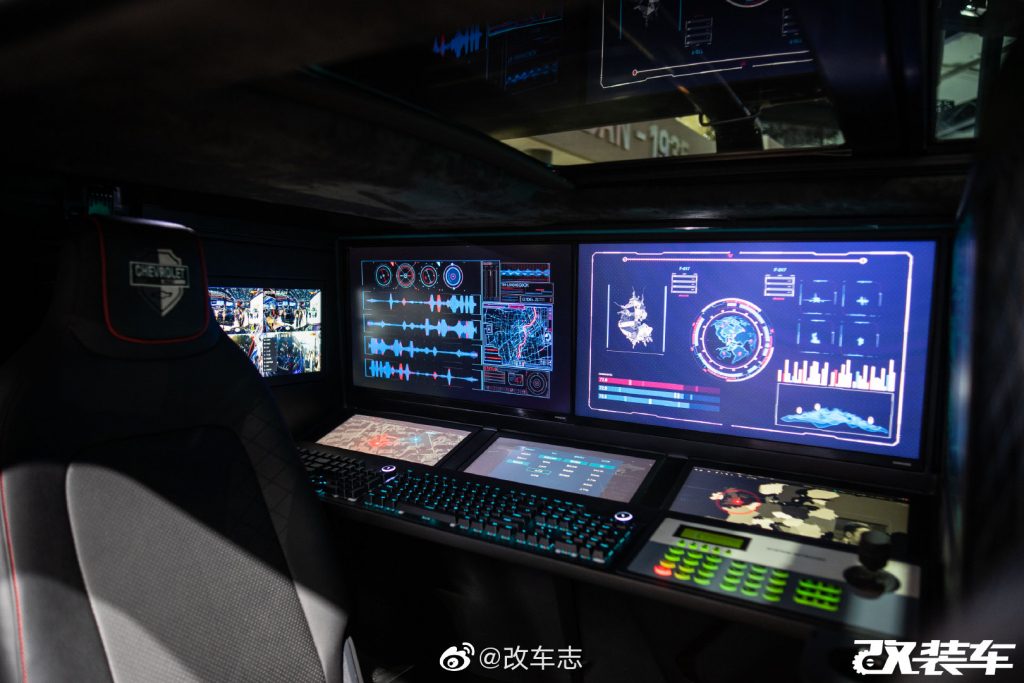 The Mobile Command Center is based on a gloss black Chevy Blazer RS and features a massive front bull bar, a custom hood with a large air intake, black plastic wheel arch cladding, a roof-mounted LED light bar, yellow-tinted spotlights and beadlock-style aftermarket wheels wrapped on knobby off-road tires. The most interesting aspect of this build, in our opinion, is the roof-mounted drone landing pad, which is joined by a control center in the vehicle’s cabin where the user can pilot the drone. There are four cameras mounted at all four corners of the vehicle’s roof, as well, which send a live video feed to the control center inside. 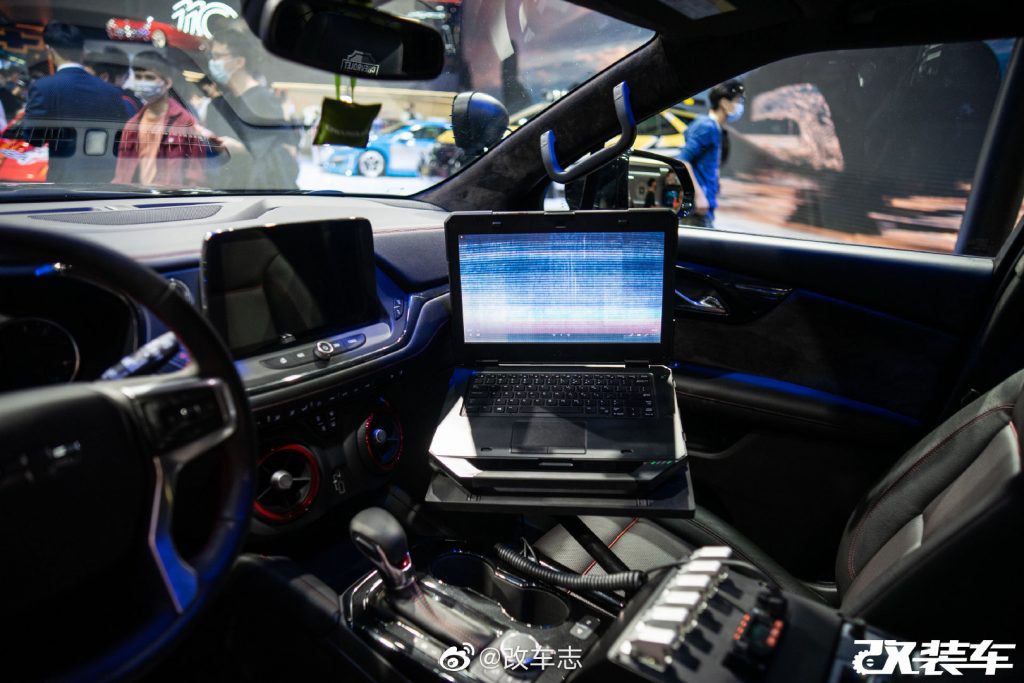 There’s also a dashboard-mounted laptop in the front passenger compartment, which appears to provide a live feed from the cameras. It’s not clear what Chevy designers envisioned this vehicle being used for, but it seems as though it’s an imaginary take on a Hollywood-style spy or surveillance vehicle. Chevy likely built the vehicle to showcase the Blazer’s capability and to help draw more Guangzhou Auto Show attendees to its booth. After all, if you saw a Chevy Blazer RS with a large drone parked on its roof, wouldn’t you be a little curious?

In addition to this customized Blazer, GM also recently debuted a new 2022 Chevy Blazer White Night Edition in China, which will serve as the new range-topping Blazer trim level in the country.