Chevy had all sorts of exciting vehicles to show at this year’s SEMA Show – from the hulking Chevy Beast concept to the creative Project X EV. Our favorite Chevy announcement from the 2021 SEMA Show, though, was the debut of the ZZ632 crate engine. 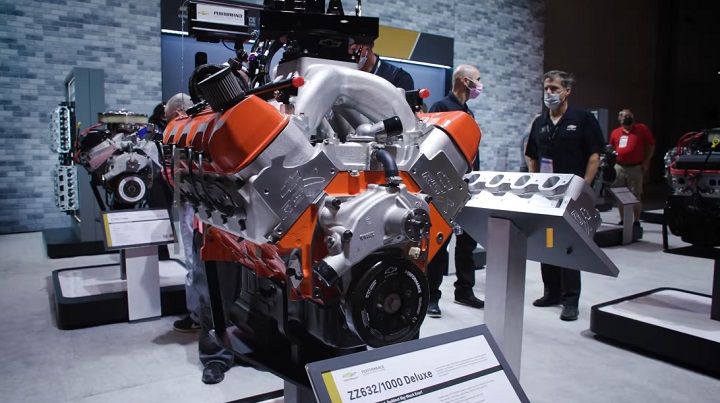 Chevrolet Performance had a complete ZZ632 crate engine on display on the show floor at SEMA, allowing passersby to get a closer look at this impressive 10.3L Big Block. The company also filmed a short walkaround video of the motor on the show floor at SEMA for its YouTube channel, allowing those of us who weren’t lucky enough to go to SEMA to get a bit of a better look at it.

The ZZ632 engine is based around a cast-iron block that shares a mold with Chevrolet Performance’s existing ZZ572 crate engine, although the bore is 0.040 inches larger and the stroke is 0.375 inches longer – resulting in the large 632 cubic inch displacement. The block also features four-bolt main caps and a forged rotating assembly for durability purposes. 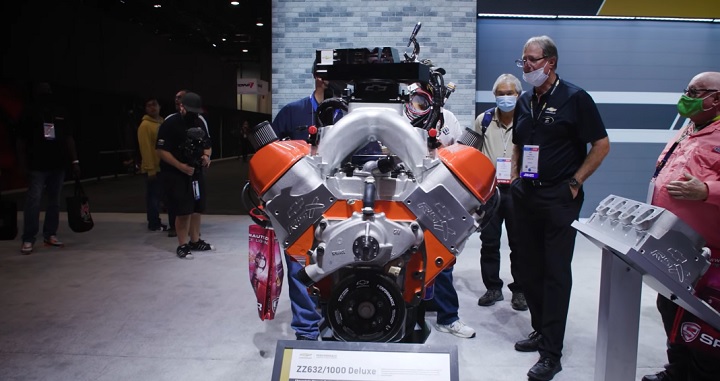 Another highlight of the ZZ632 are the CNC-machined high-flow aluminum cylinder heads with symmetrical ports. These are different than most older Chevy Big Blocks heads, which were typically manufactured with variations in port shape from cylinder to cylinder. The symmetrical port cylinder heads are nicknamed RS-X heads after Chevy powertrain engineer Ron Sperry, who designed them as his final project before he retired from his 50-year-long career. Sperry also introduced symmetrical ports on the LS1 engine when the LS engine family first came about back in 1997. 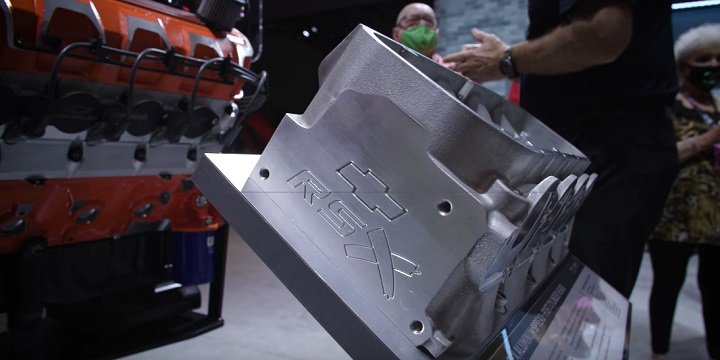 As we already know, the ZZ632 engine is factory rated at 1,004 horsepower at 6,600 rpm and 876 pound-feet of torque at 5,600 rpm. Despite its large displacement, the Big Block has a rather high redline of 7,000 RPM. During development, a single ZZ632 engine completed more than 200 simulated drag strip passes on an engine dyno, proving this high-revving Big Block can withstand endured punishment from drag racers.

That’s enough rambling about our favorite product debut from the 2021 SEMA Show, though. Check out the video embedded below to see the engine on display for yourself.