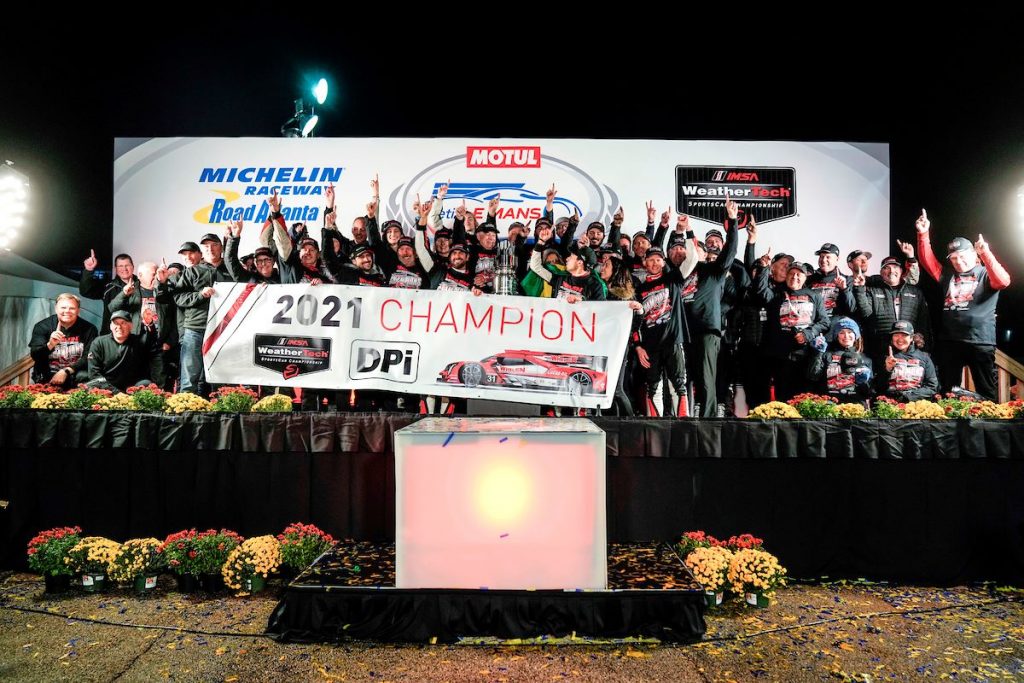 Nasr and Derani, who share their No. 31 Cadillac DPi-V.R with Mike Conway for IMSA’s endurance races, arrived at Road Atlanta locked in a tight championship fight with the No. 10 Acura ARX-05 pairing of Ricky Taylor and Filipe Albuquerque. Whichever car finished ahead of the other at Petit Le Mans would take the driver’s title – adding an extra layer of suspense to the season-ending 10-hour enduro. 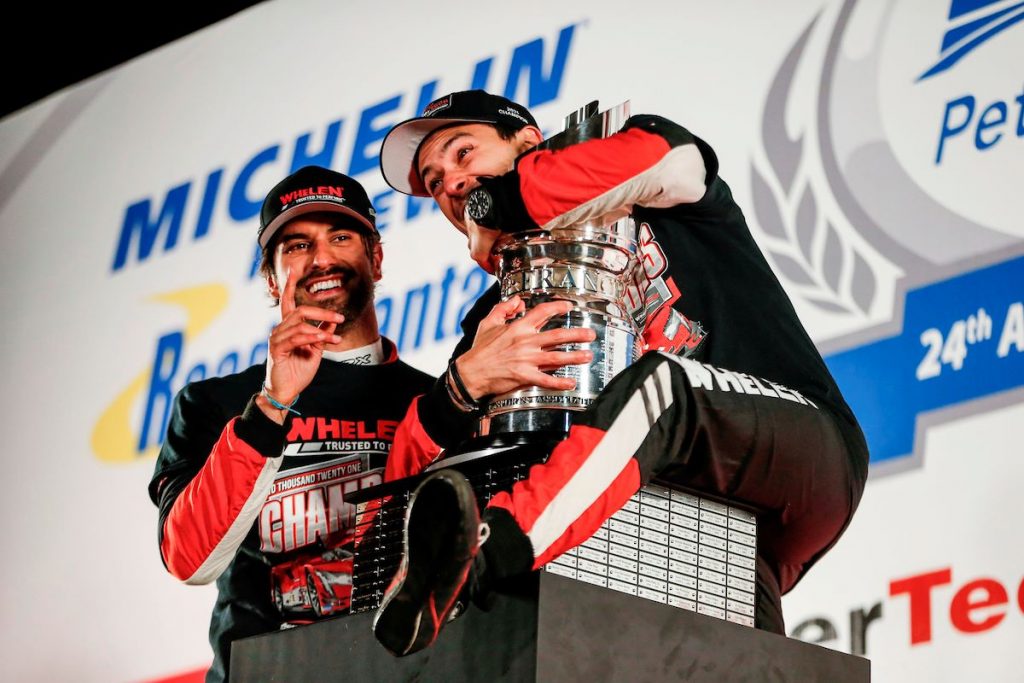 Unsurprisingly, the fight between the two went right down to the wire. The No. 31 Cadillac was in second and leading the No. 10 Acura from third on the final lap when Taylor attempted a late-braking pass on Nasr into Turn 10A. The American driver bit off a bit more than he could chew, though, and failed to slow down for the corner in time – sending him skidding off course and across the gravel trap before re-entering just ahead of Nasr. The Brazilian then passed a slow-moving Taylor into Turn 11 and held on for the rest of the lap to finish just 0.405 seconds clear of his rival, securing his second career IMSA driver’s championship in the process.

“I knew he was going to try to make a last-minute move, but that was a little too wild,” Nasr said post-race. “All the way to the gravel and then coming across the track. If there was grass there, he could have just continued. He had to go through the gravel, and then I had to drive to take the position back.” 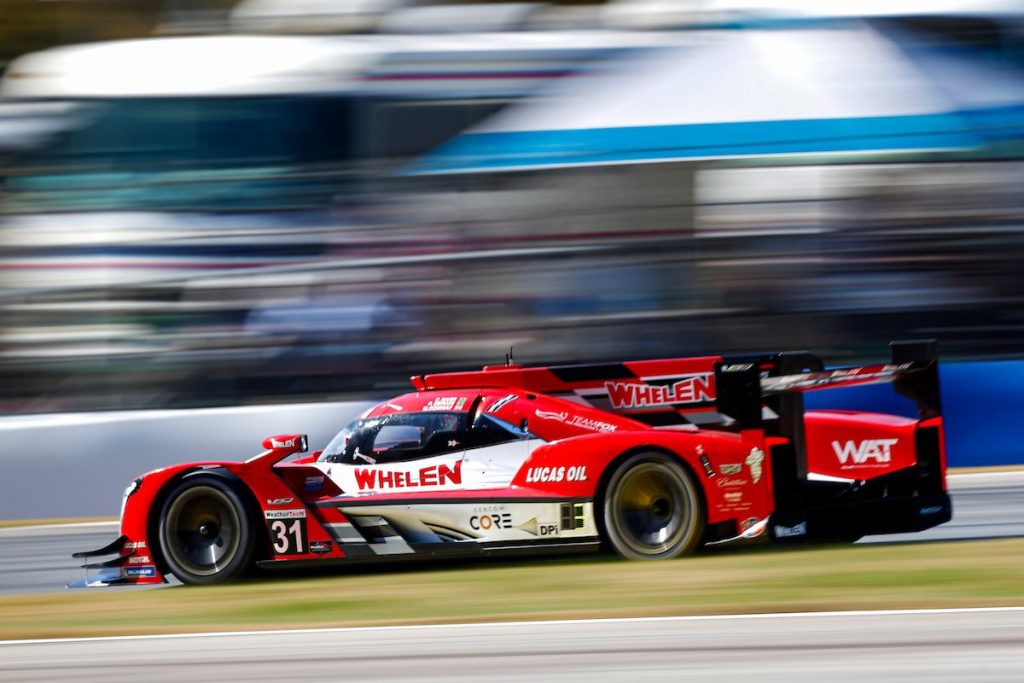 Taylor, meanwhile, was left to think about what could have been for Albuquerque and him.

“The championship literally came down to the last corner,” he reflected. “I just have to say I gave it everything I had. There’s going to be a lot of nightmares before Daytona (the 2022 season opener) just thinking about what I could have done differently.” 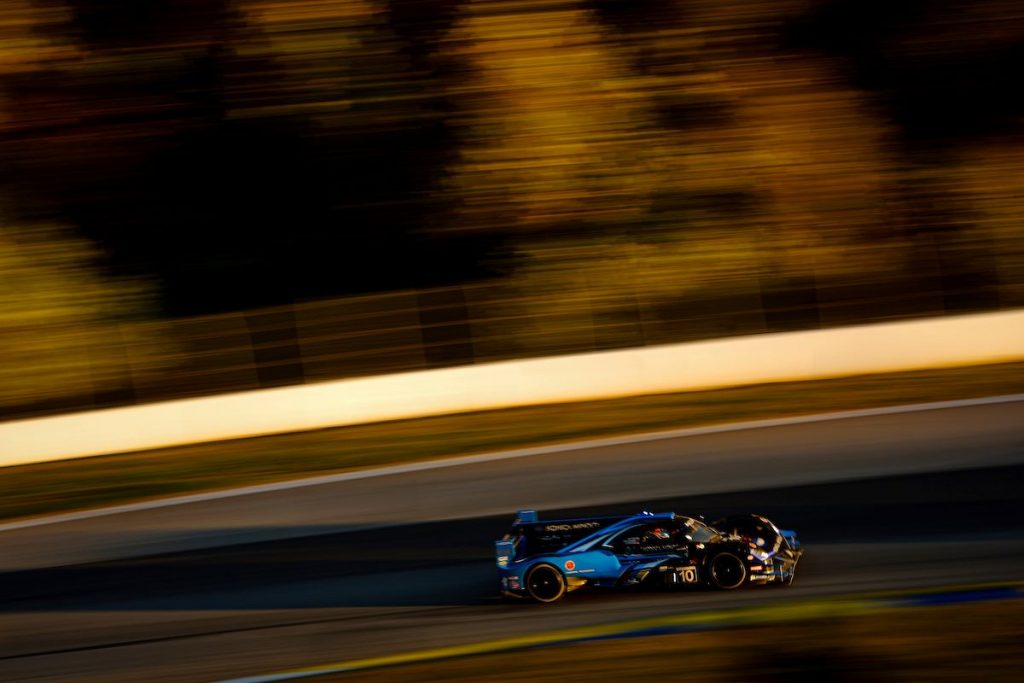 Mazda won the DPi class at Petit Le Mans in what will be its last-ever race in the category. British driver Harry Tincknell passed Nasr into Turn 7 with 22 minutes remaining and slowly built the gap to second, eventually finishing 3.297s ahead of the No. 31 Cadillac.

The season-closer also marked the final race for Nasr in the No. 31 car. The former Formula 1 driver will be replaced by Tristan Nunez in the seat for 2022 as he prepares to join Porsche for its LMDh campaign in 2023.

The Cadillac DPi-V.R will return to the track for its final racing season in late January 2022 at the season-opening Rolex 24 at Daytona. Cadillac will then shift its focus to its new LMDh car, which will race in both IMSA and the FIA WEC starting in 2023.