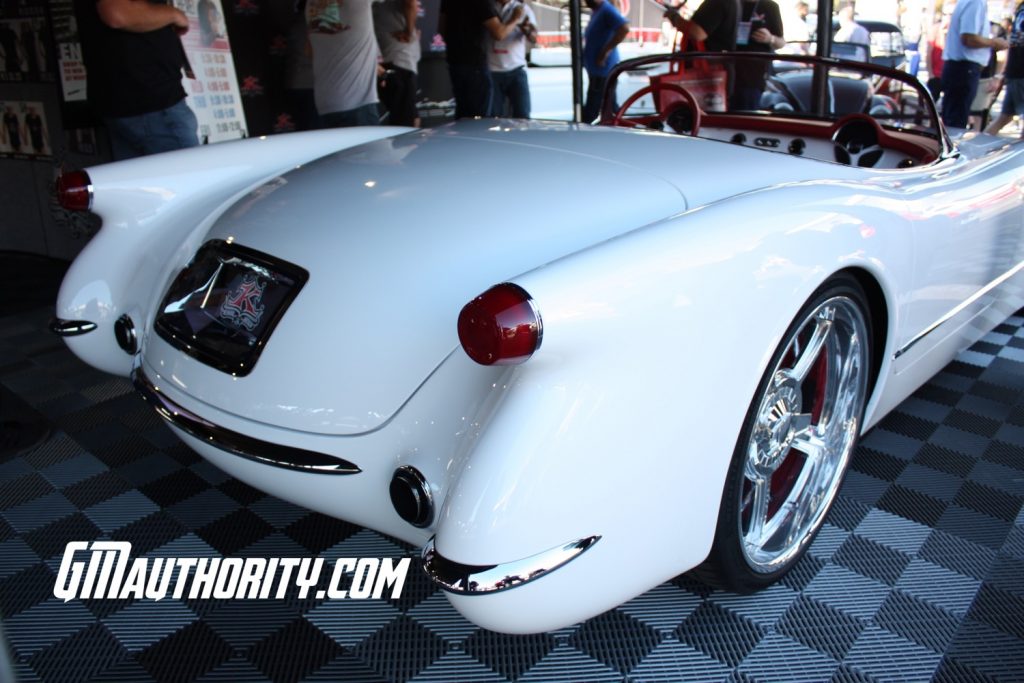 This creation may look like a C1 Corvette, but it’s actually a completely custom car built by Kindig’s shop, Kindig-It designs. Compared to an original C1 Corvette, the CF1 is slightly wider and has a more spacious cabin with better ergonomics, making it a nicer, more natural place for occupants to sit. It rides on a custom chassis from Roadster Shop, which hides underneath svelte custom carbon fiber body panels, and sits on custom Forgeline alloy wheels with Michelin Pilot Sport 4S tires. 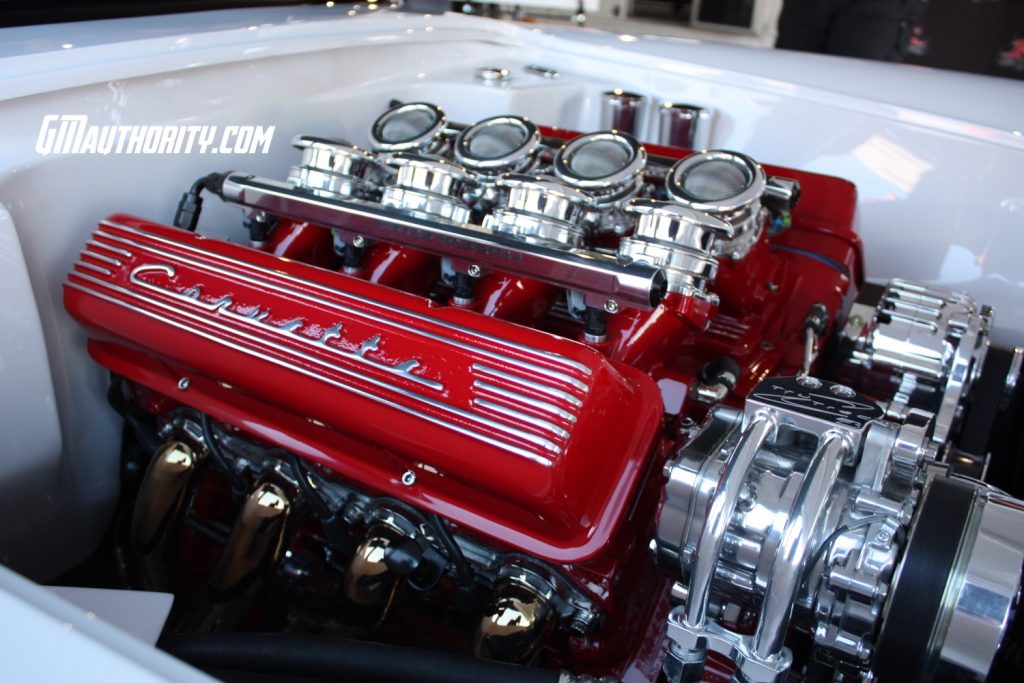 Under the hood of the CF1 is a 7.0L LS7 V8 built by Lignenfelter and topped off with a Borla 8-Stack injection system A GM four-speed automatic transmission sends power to the rear wheels. Output is rated at 673 horsepower and 617 pound-feet of torque – giving this relatively light 3,205-pound show car plenty of performance to go along with its head-turning appearance. 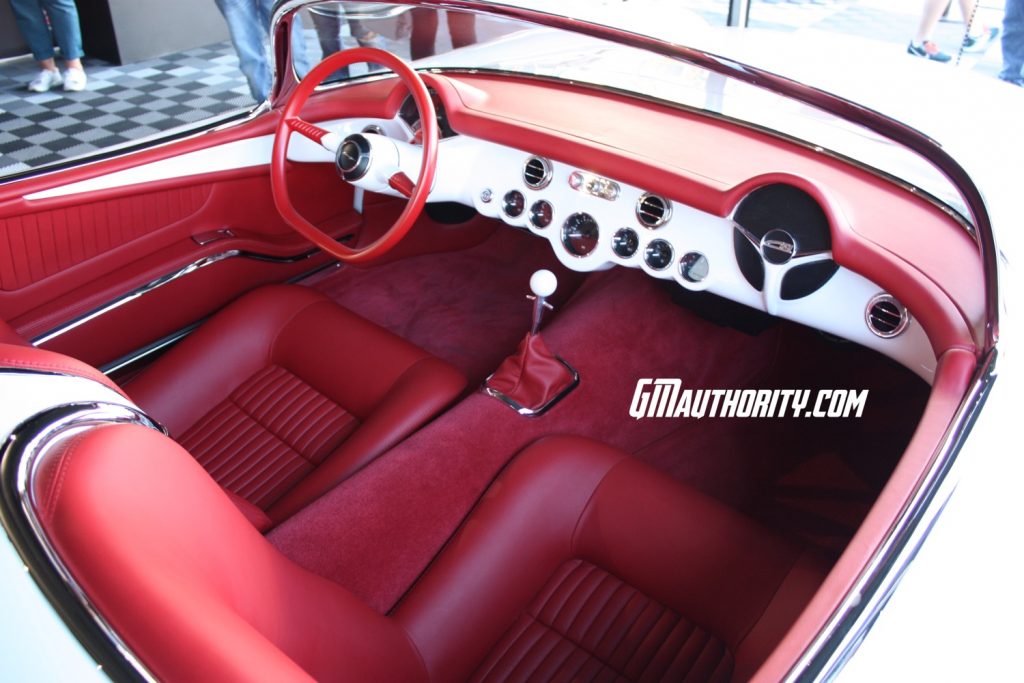 It’s not clear how much Kindig-It designs charges for a CF1, but with components like a Roadster Shop chassis, carbon body panels and a Lingenfelter LS7, we’re certain this package doesn’t come cheap. Kindig-It’s celebrity status in the custom car world also brings some added desirability to the CF1.

Kindig says the two CF1s on display at SEMA represent the first and second vehicles his company has built. It’s unclear how many they intend to produce, although we’re sure they’d be happy to oblige any eager paying customers.