Buick has some of the least expensive vehicle service costs in the automotive industry, according to the Deepview True Cost Second Owner Study (SOS) published this week by predictive analytics and data company We Predict.

According to We Predict, the Deepview True Cost SOS “measures actual money spent by owners and manufacturers of 2018-model-year vehicles during their first three years on the road,” to determine which manufacturers have the least expensive service costs on average.

The study found that Kia had the least expensive service costs, with Kia owners spending an average of $369 on service-related expenses over three years. The closely related Hyundai brand was second at an average of $381, followed by Dodge in third at $420. Mazda was fourth at $443, while Buick trailed it closely in fifth at $452. 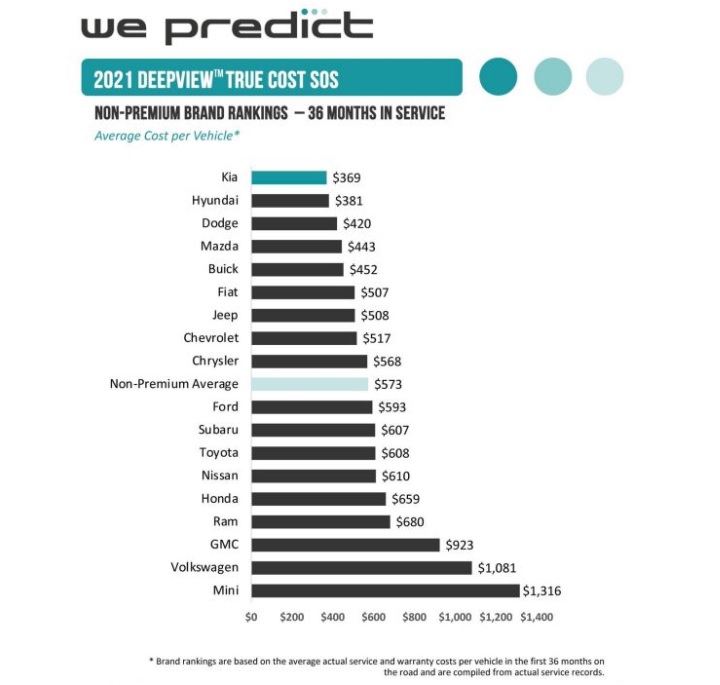 We Predict says this study is based on an analysis of more than 13 million individual vehicles across 400 models and 5 million service or repair orders that totaled more than $7.7 billion in parts and $9.5 billion in labor costs. Service or repair orders included maintenance, unplanned repairs, warranty and recalls, service campaigns, diagnostics, software updates, and warranty on factory-installed options. 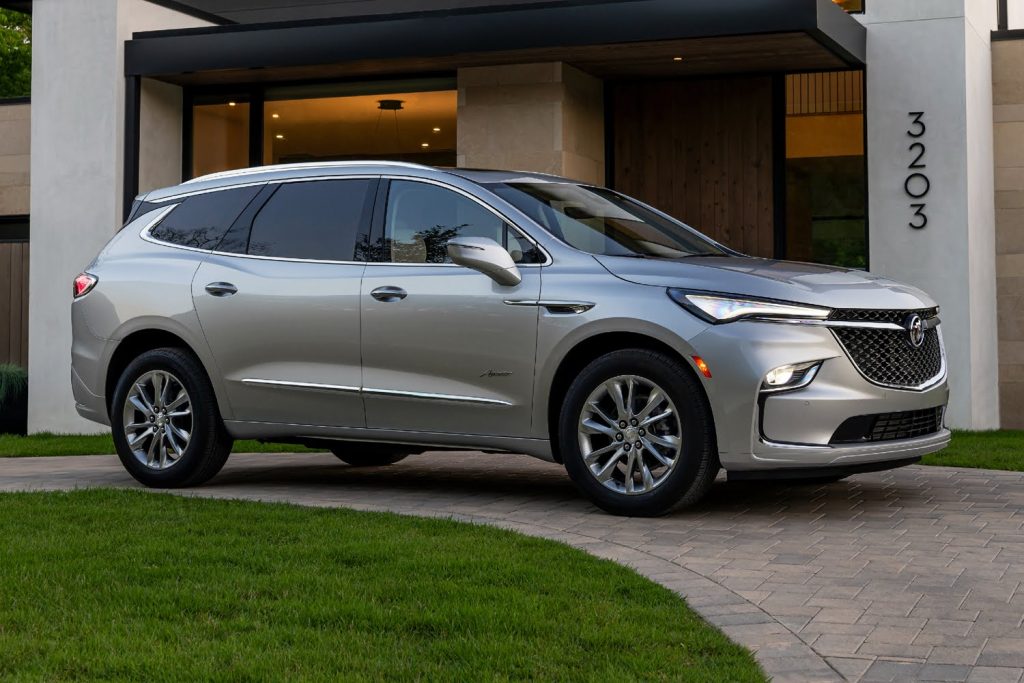 Based on this study, it seems as though vehicle service costs “are increasing even as industry-wide vehicle quality continues to improve,” We Predict says. This could suggest that emerging technologies are driving up vehicle service costs, despite the fact that many owners have observed increased build quality for new vehicles.

We Predict Founder and CEO James Davies says automakers can position themselves strongly in the market by having low service costs, which frees up money for the company to spend on new products or other more important ventures.

“While manufacturers’ average service costs per vehicle may seem relatively small, cumulatively they add up very quickly when you consider the volume of vehicles sold per brand,” Davies said. “Having an industry-wide view of the market and being able to anticipate problems, and intervene quickly, can help automakers avoid millions of dollars in repairs. Those savings can then be applied elsewhere in the company.”