Alex Bowman moved Denny Hamlin out of the way to take his first Martinsville Speedway victory on Sunday night – a move that left the Joe Gibbs Racing driver fuming once the checkered flag fell.

Bowman and Hamlin were battling for the lead in the final stage when his No. 48 Chevy Camaro ZL1 slid up into Hamlin’s No. 11 Toyota Camry on lap 494 of 501, sending him spinning around and into the outside wall. Bowman then defended from the No. 18 of Kyle Busch to take the checker, with Brad Keselowski, Martin Truex Jr. and William, Byron completing the top five. 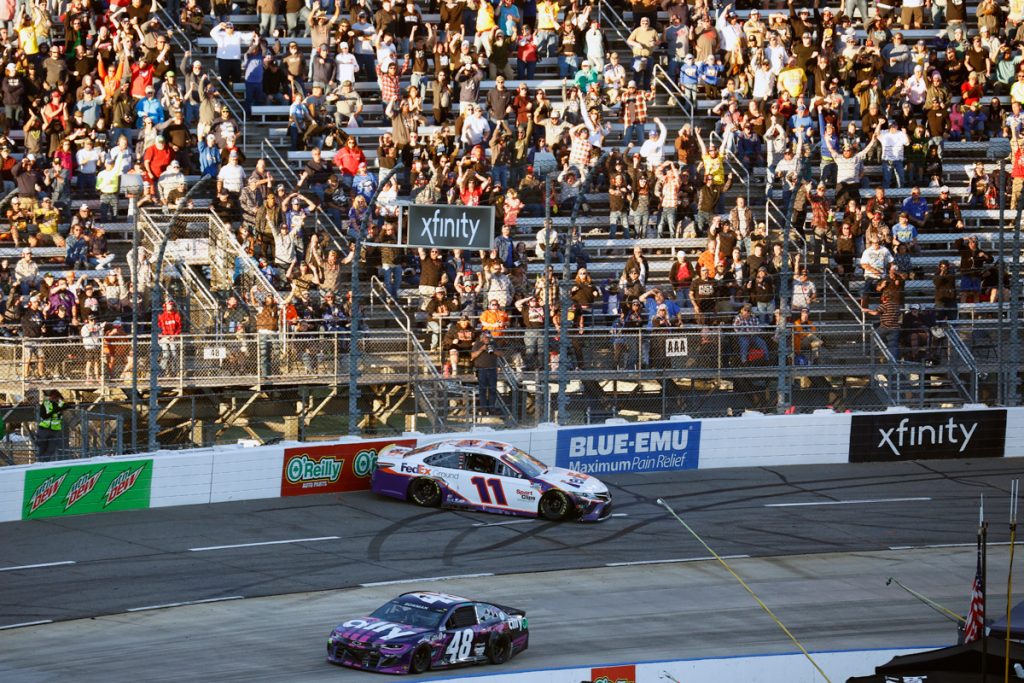 When Bowman went to perform the customary burnout over the start-finish line to celebrate his win, Hamlin nosed his Camry against Bowman’s Camaro to voice his displeasure with the way the Hendrick Motorsports driver raced him. In a post-race interview, Bowman said he drove his car too deep into Turn 3 and accidentally slid up into Hamlin.

“I just got loose in,” Bowman told NASCAR.com. “I got in too deep (into Turn 3), knocked him out of the way and literally let him have the lead back.”

“He’s been on the other side of that,” he added. “He’s crashed guys here for wins. I hate doing it. Obviously, I don’t want to crash somebody. I just got in, got underneath him, spun him out … Regardless, we get a free grandfather clock (trophy), which is pretty special.” 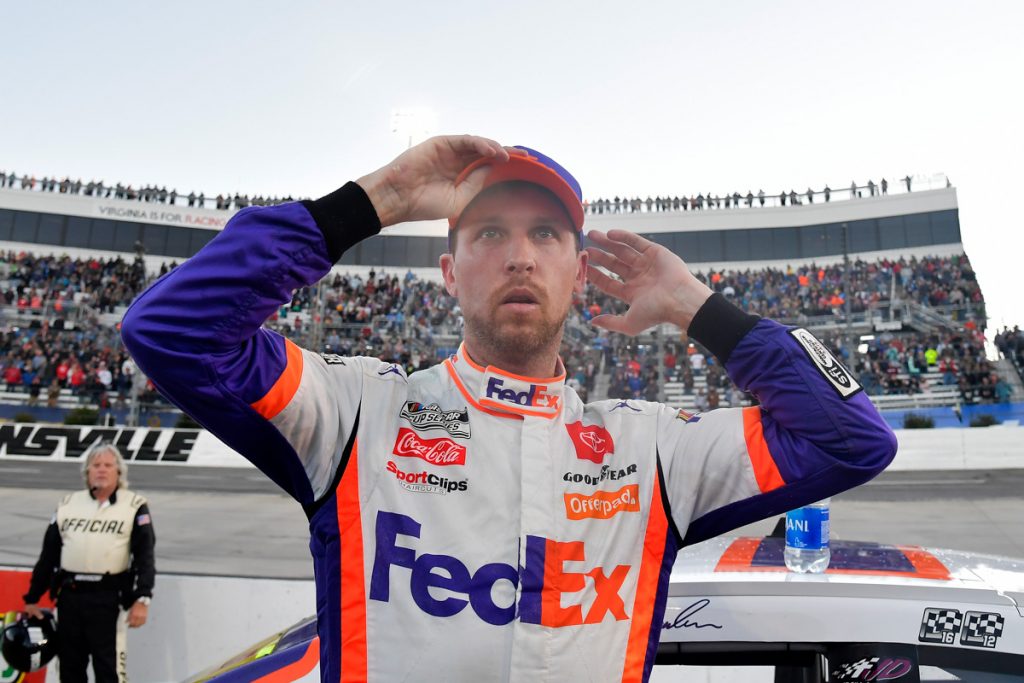 Hamlin hit out at Bowman in an angry post-race interview, calling the 28-year old driver “terrible.”

“He’s just a hack,” Hamlin said. “Just an absolute hack. He gets his ass kicked by his teammates every week. He’s (expletive) terrible. He’s just terrible. He sees one opportunity, he takes it.

“Obviously, he’s got the fast car of the week and he runs 10th. He didn’t want to race us there. We had a good, clean race. I moved up as high as I could on the race track to give him all the room I could — he still can’t drive.” 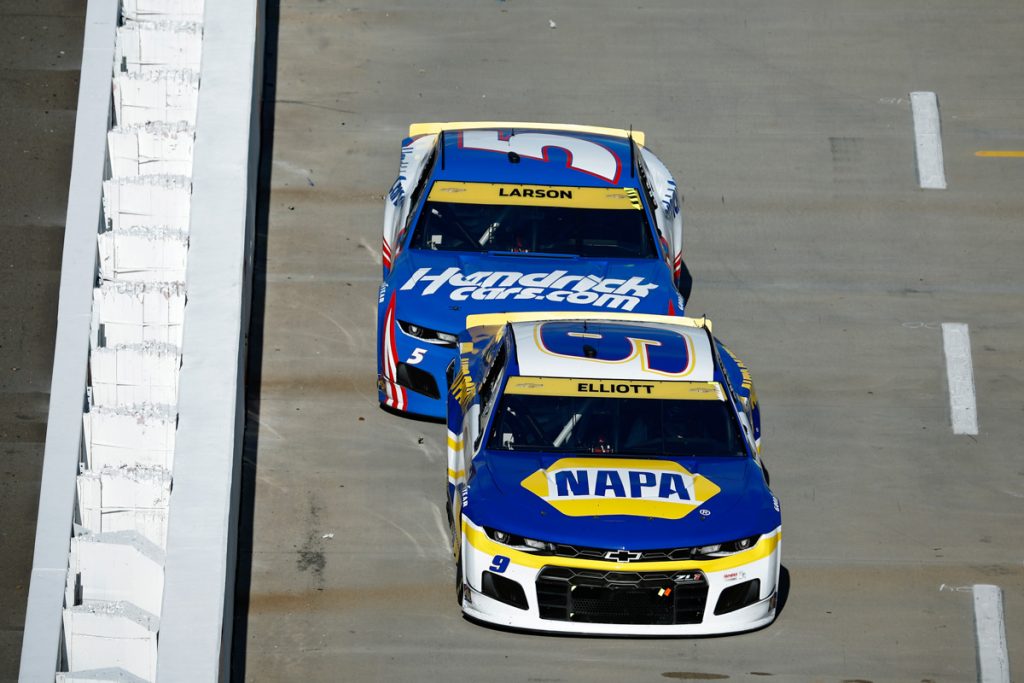 Chase Elliott clinched a spot in the Championship 4 round of the playoffs at Phoenix next week after winning the first two stages at Martinsville. Truex also punched his ticket into the next round after beating teammate Kyle Busch in Stage 1 and 2. Kyle Larson and Hamlin complete the group of four drivers that will fight for the title at Phoneix.

Full highlights from the Xfinity 500 from Martinsville are embedded below.