There’s no replacement for displacement, as they say. It’s that philosophy that prompted Chevrolet Performance to introduce the new ZZ632 crate engine, the biggest, most-powerful engine that the brand has ever offered. Now, one digital artist is stuffing this monster motor under the hood of a 1991 Buick Roadmaster to create a gasser drag machine dubbed School Run. 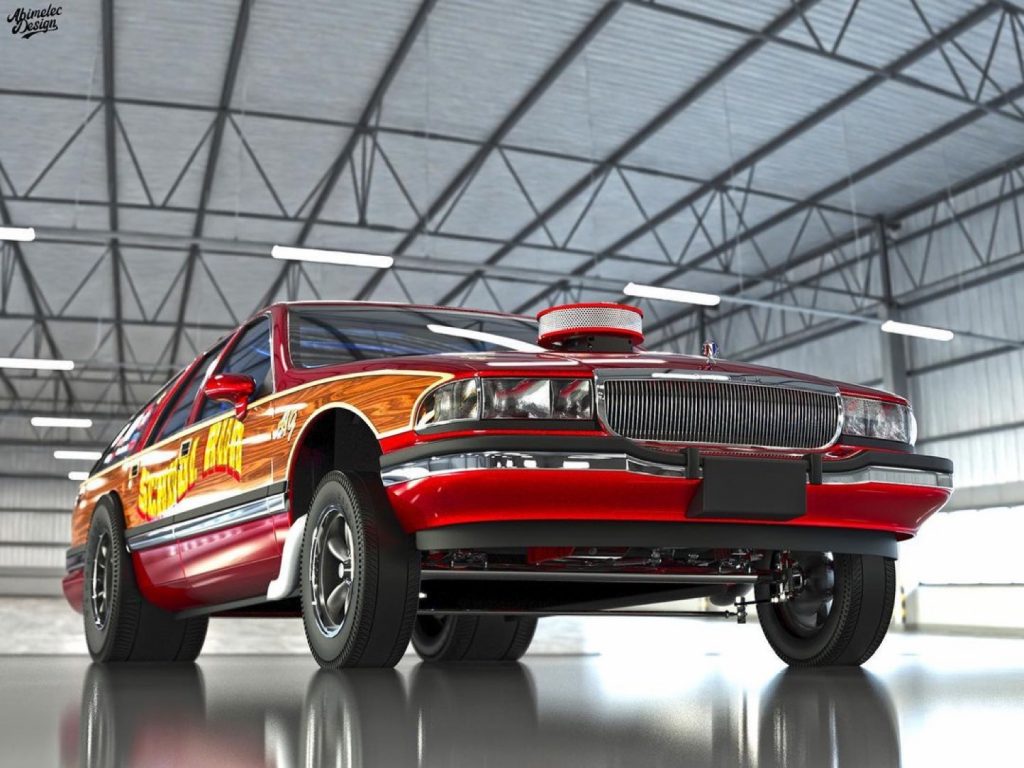 Coming to us from artist Abimelec Arellano, also known as Abimelec Design on Instagram (@abimelecdesign), this 1991 Buick Roadmaster is ready to roll, rocking all the equipment needed to fly down the drag strip. Taking inspiration from the gassers popular through the ‘50s and ‘70s, the wagon looks stripped down and modified for speed, with the front end lifted to help with weight transfer to the rear axle. The rear end features massive tires ready to grip the track on heavy launches, while American Racing Torq-Thrust wheels hold it down. 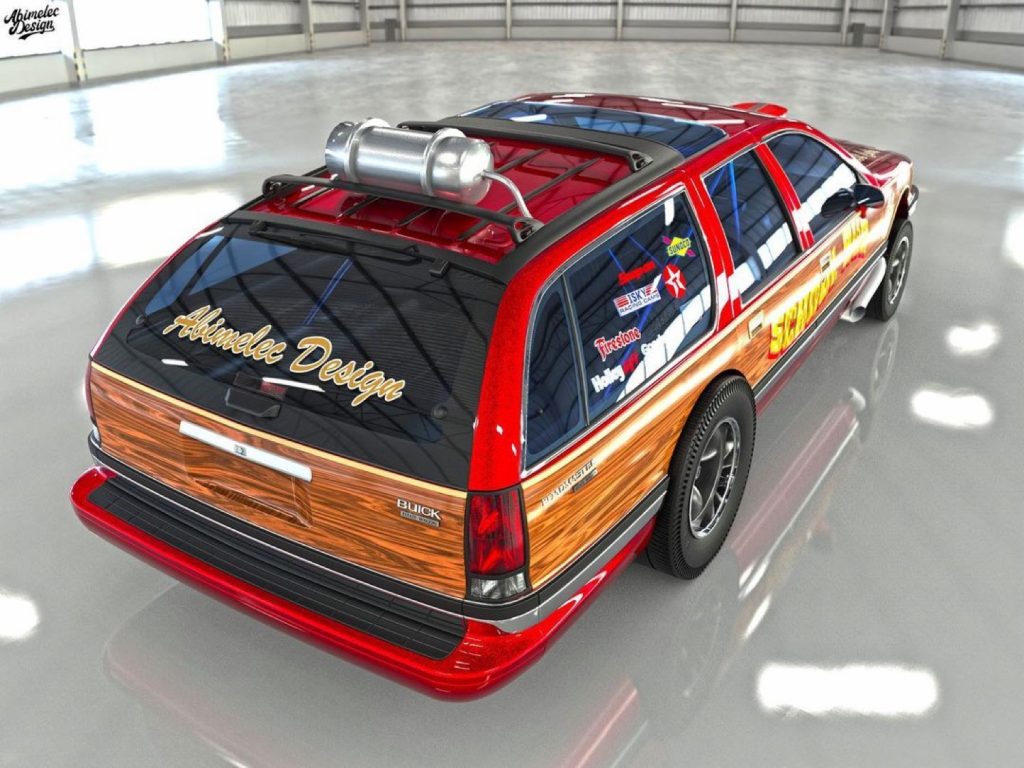 The wood paneling is complemented by red candy paint, while large graphics were added to the doors declaring the ride’s nickname. And don’t forget the sizable exhaust pipes exiting just behind the front tires of this speed demon Buick Roadmaster. 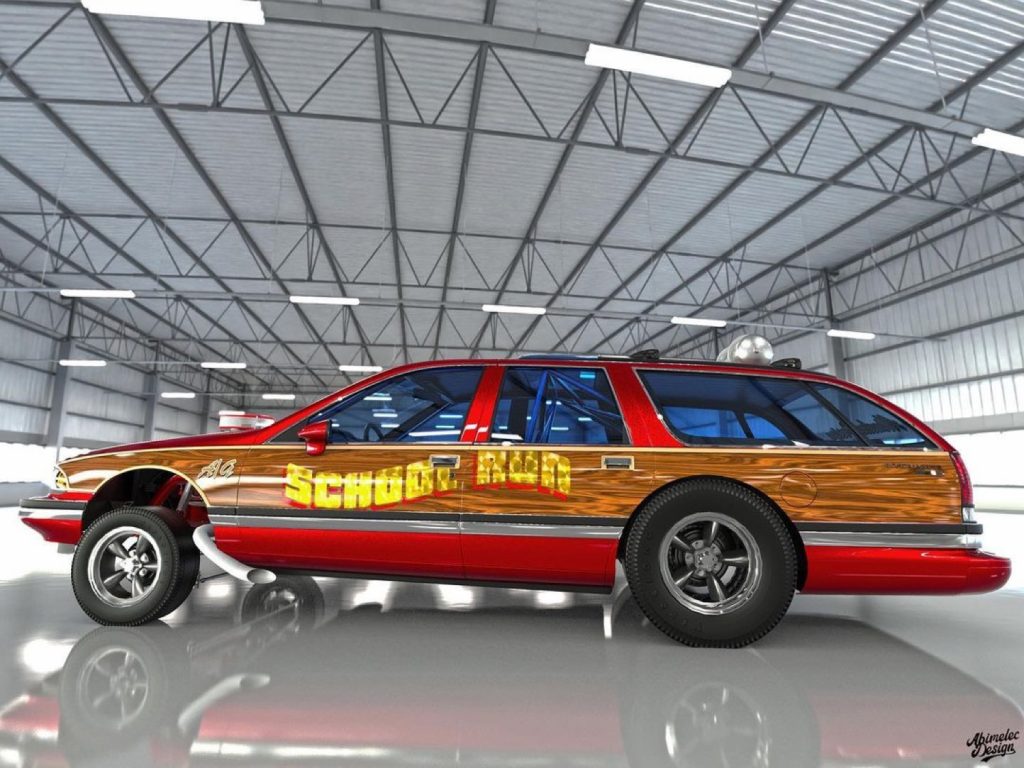 Those pipes connect to the new Chevrolet Performance ZZ632, a whopper of a V8 inhaling gasoline with an impressive 632 cubic inches (10.3 liters) of displacement. Output from this Big Block is rated at a stout 1,004 horsepower at 6,600 rpm and 876 pound-feet of torque at 5,600 rpm, all on 93-octane pump gas and without forced induction. Max engine speed is set at 7,000 rpm. 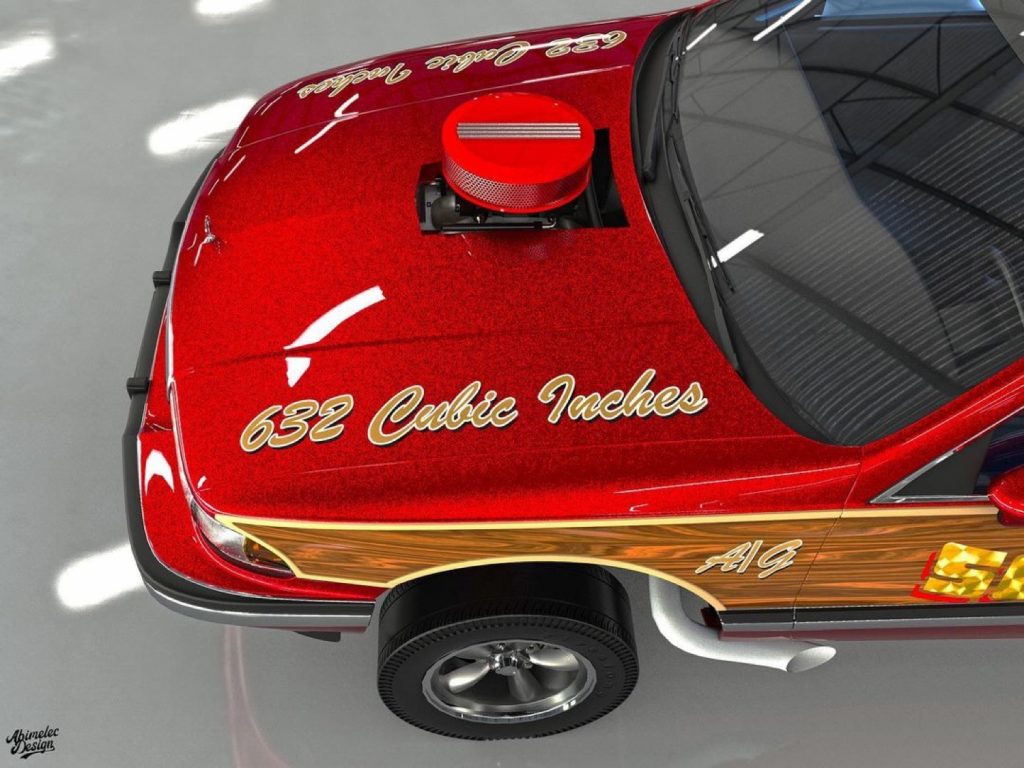 Cradled by this 1991 Buick Roadmaster drag wagon, the air cleaner on the ZZ632 sticks out of the hood, while twin graphics in the sides of the hood declare the displacement waiting underneath. Although the Roadmaster is a massive vehicle, we think the equally massive ZZ632 makes for the perfect fit. Indeed, seeing something like this sprint down the race track would make for one helluva sight.