GM is now beginning to replace battery packs in customer-owned Chevy Bolt EV and Chevy Bolt EUV models. However, as the manufacturing defect affects all models, including those not yet sold, GM will also be required to replace the battery packs of vehicles currently sitting on dealer lots prior to delivering those models to customers.

There is currently no timeframe for when this will be completed.

In August, the automaker expanded an existing recall to all Chevy Bolt EV and Bolt EUV models, citing a defective battery module manufactured by GM’s supplier, LG Chem. The recall is actually down to two specific defects, including a torn anode tab and folded separator, which may be present in the same battery cell and could increase the risk of a fire. The recall is expected to cost billions of dollars, with LG committing to cover the costs.

In the wake of the recall, all Chevy Bolt EV and Bolt EUV production was put on hold, and owners were notified of the potential risks. It is believed that the battery defect may be the cause of several fires, including one in Georgia. 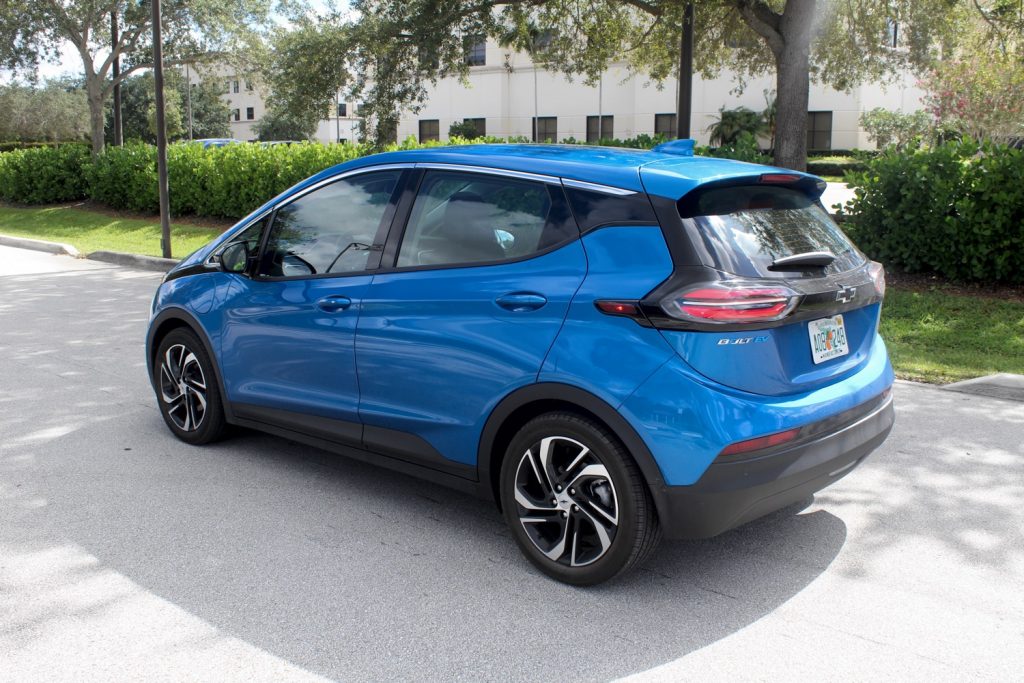 Back in September, it was announced that Chevy Bolt EV and Bolt EUV battery production was back on track.

As a reminder, the 2022 Chevy Bolt EV and 2022 Chevy Bolt EUV are based on the GM BEV2 platform and are powered by a 65-kWh lithium-ion battery driving a front-mounted Voltec electric motor. Output is rated at 200 horsepower and 266 pound-feet of torque. Production takes place at the GM Lake Orion Plant in Michigan, although it was recently announced that production will be down for three weeks between November 15th and December 3rd.