GM Authority spy photographers have captured a prototype of what appears to be the next-generation Chevy Equinox testing on public roads in Michigan. 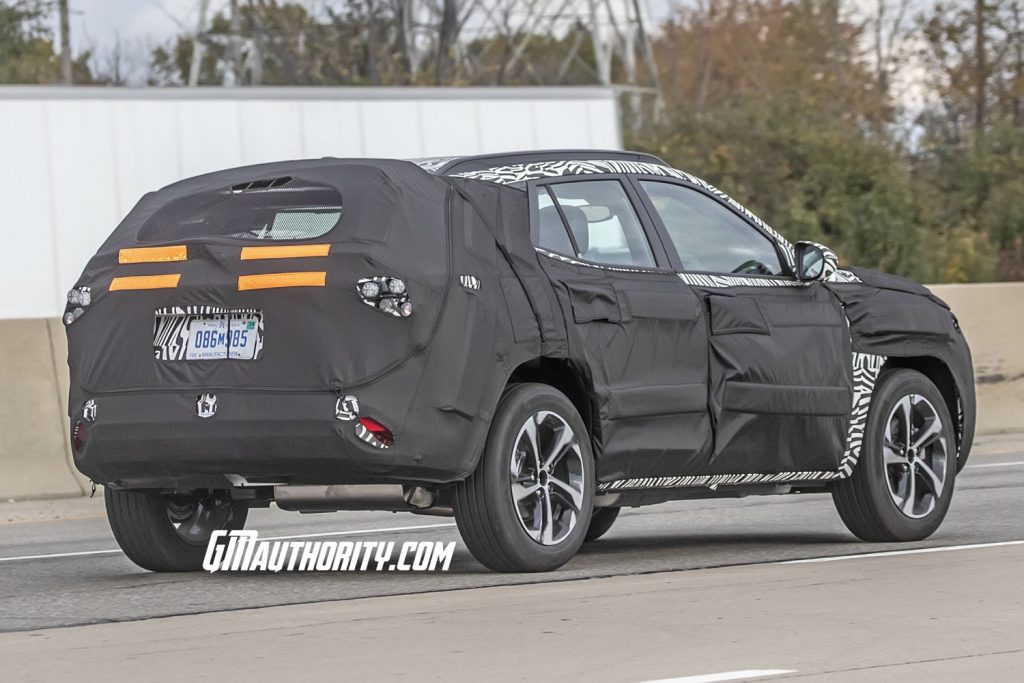 This mysterious compact crossover is heavily camouflaged, but it still exudes some very Chevy-like overtones, including a two-tiered lighting arrangement similar to the Chevy Blazer and Trailblazer, as well as a taped Chevy bowtie emblem sitting top-center on the front fascia. Additionally, the wheel design looks like a very slight alteration of an existing Chevy wheel design that’s already offered on the Trailblazer RS. 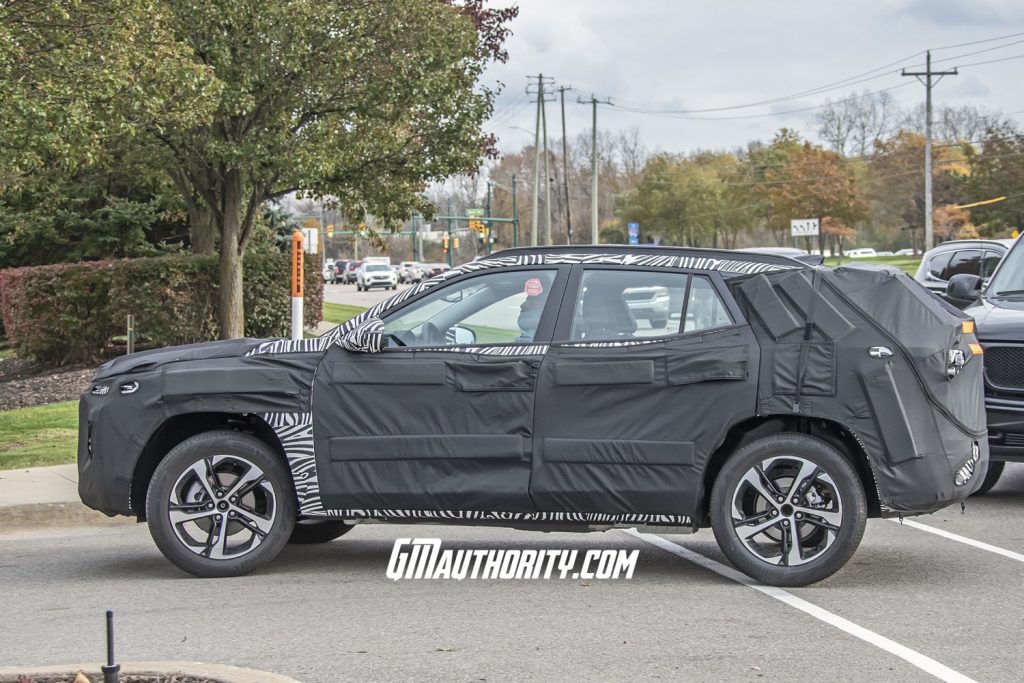 With General Motors’ growing number of Chinese-market offerings and the existence of the automaker’s Baojun brand, there is always a chance for some slight confusion in identifying a camouflaged model such as this. However, with the aforementioned Chevy overtones, along with its distinctive side-window profile and silhouette, this new prototype checks all the boxes of what we’ve come to expect from the next-generation Chevy Equinox.

With that in mind, it does appear as though this new photo gallery provides us with our first look at the next-generation Chevy Equinox. The compact crossover will ride on the GM VSS-F platform shared with the Chevy Trailblazer and Buick Encore GX, although it will obviously be larger in size than those two subcompacts. This same platform will underpin the next-gen GMC Terrain, as well. 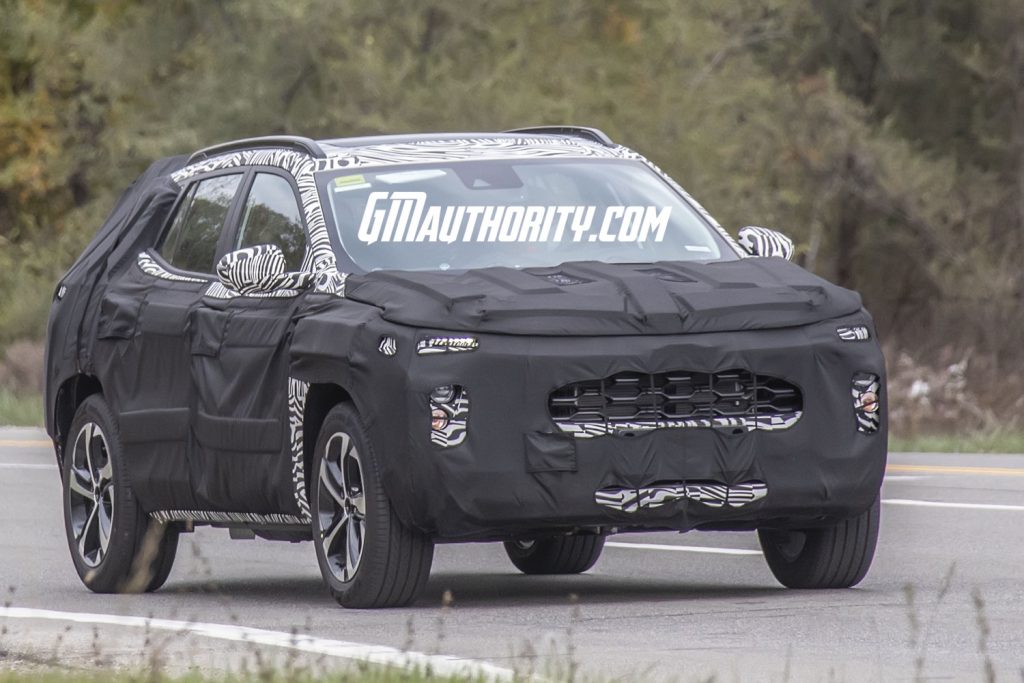 As GM Authority reported previously, the next-generation Chevy Equinox is expected to launch for the 2025 model year. This prototype looks quite far along in its development, though, leading us to believe the next-gen Equinox could arrive a bit earlier than expected – perhaps in 2023 as a 2024MY. 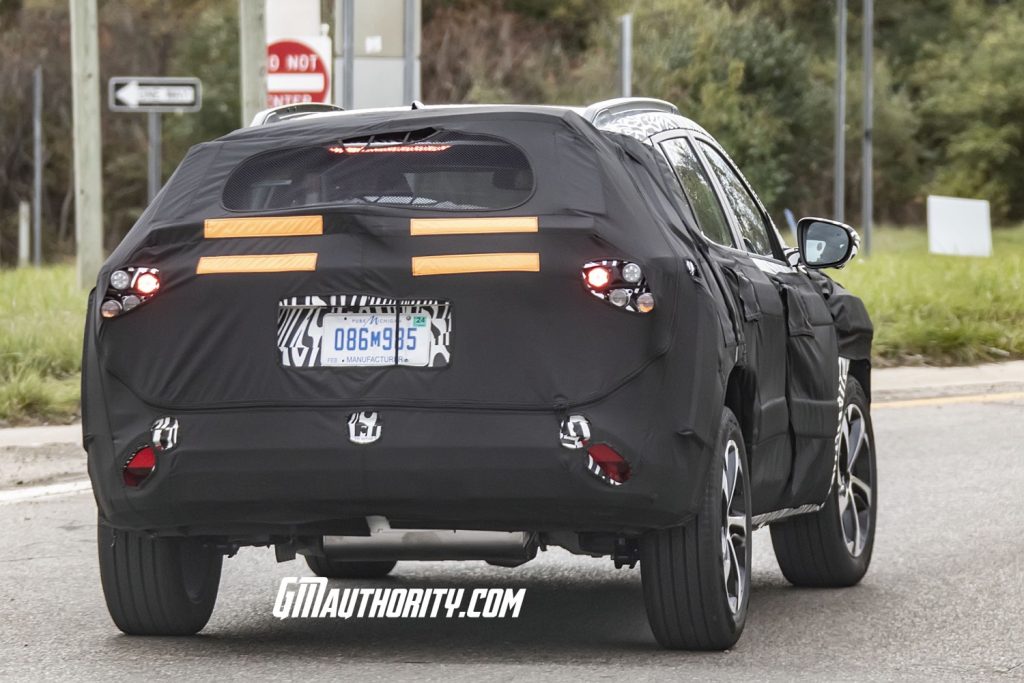 The Chevy Equinox received a small update for the 2022 model year, which included mildly revised exterior styling and new exterior colors, among other minor changes. This updated model was originally intended to launch for the 2021MY, but was pushed back to 2022 due to various COVID-19 related delays. As such, the updated model will only be on sale for a relatively brief period before this all-new, next-generation model comes along for the 2024 or 2025MY.