The Corvette Z06 has the goods to go fast in a variety of different motorsports, whether it’s in a straight line, or through some corners. Now, we’re watching as this time attack-spec 2008 Corvette Z06 challenges a Nissan Skyline GT-R in a drag race. 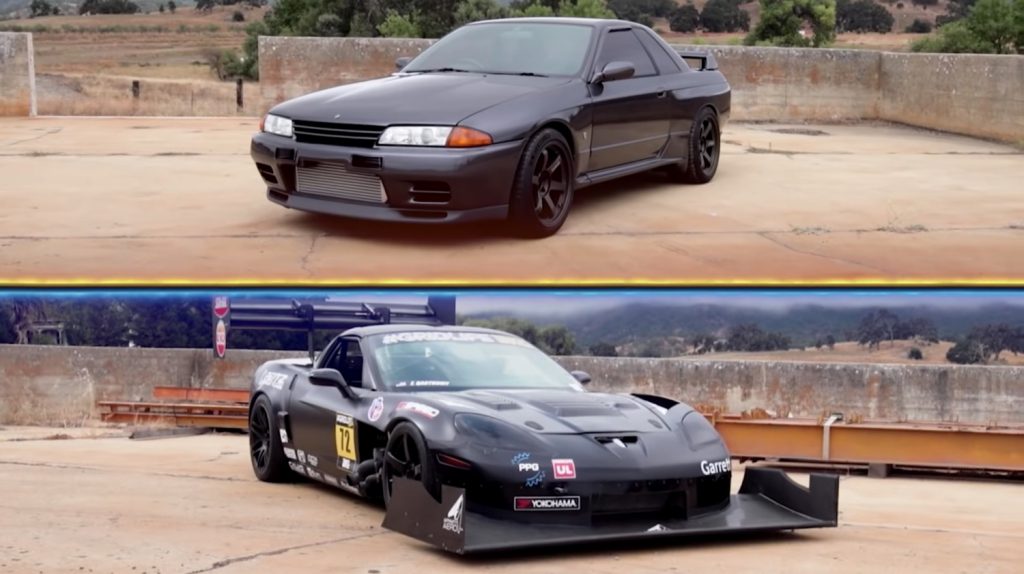 For those readers out there who may be drawing a blank, time attack is a form of motorsport focused exclusively on setting the fastest single lap time. Cars don’t necessarily run wheel-to-wheel, but rather sacrifice long-term sustainability in favor of an all-out, blistering solo run.

As such, time attack cars tend to be a bit on the extreme side, as is the case with this particular time attack Corvette Z06. Designed to run in the Unlimited Class, the first thing to grab you should be the insane aero treatment, with a massive active rear wing and front splitter that’s mounted directly to the chassis for maximum stick and strength. Making it go is a fully built 427 LS7 V8 from Late Model Engines, which is spec’ed out to produce upwards of 2,000 horsepower. This particular example is running low boost to produce about 900 horsepower, which is more than enough for this drag race. Curb weight is just under 3,000 pounds, while cog swaps are handed by a six-speed sequential transmission.

Indeed, this 2008 Corvette Z06 is a full-on racing machine capable of churning some very quick lap times. So what’s it up against? 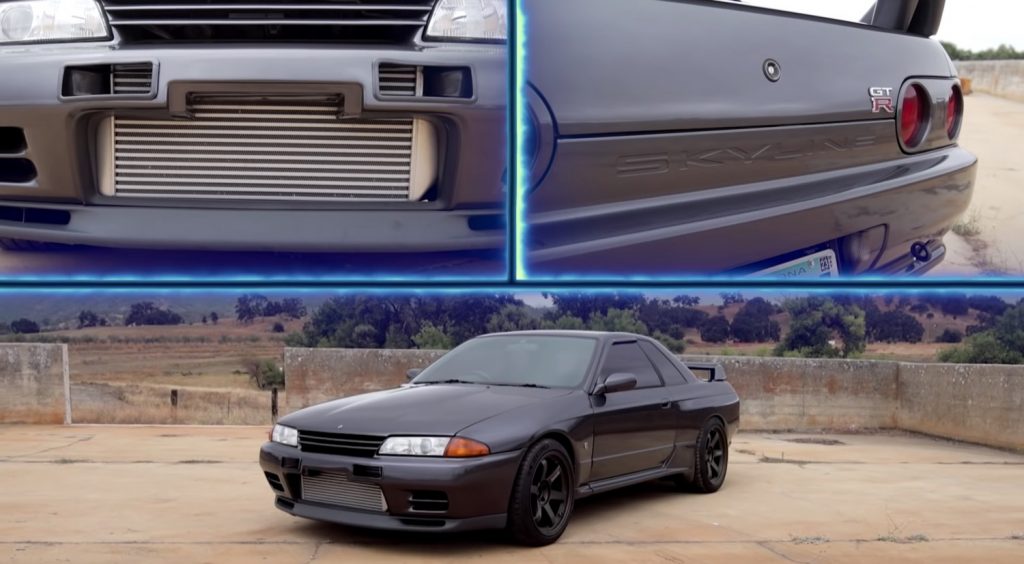 In the other lane, we find a 1990 Nissan Skyline GT-R. Unlike the stripped-down Corvette Z06, this Skyline is built for performance on the street, with the turbocharged 2.6L I6 RB26 boosted by a single snail to produce 600 horsepower. Output reaches all four wheels through a five-speed manual transmission, while curb weight is a bit over 3,150 pounds.

So then – the Corvette Z06 has a massive power advantage, lower curb weight, and a sequential transmission. Easy win, right? Well, it’s not quite that simple. The one thing the GT-R has is traction, with the performance AWD system giving it the edge off the line on the dusty, uneven track surface.

Will it be enough to challenge the Corvette Z06? Hit play to find out: