Mazda just unveiled the all-new 2023 Mazda CX-50, offered as a rugged off-road-flavored crossover that was designed and developed for North American customers with an active outdoor lifestyle. When it hits the market, the Mazda CX-50 will rival the GMC Terrain AT4. 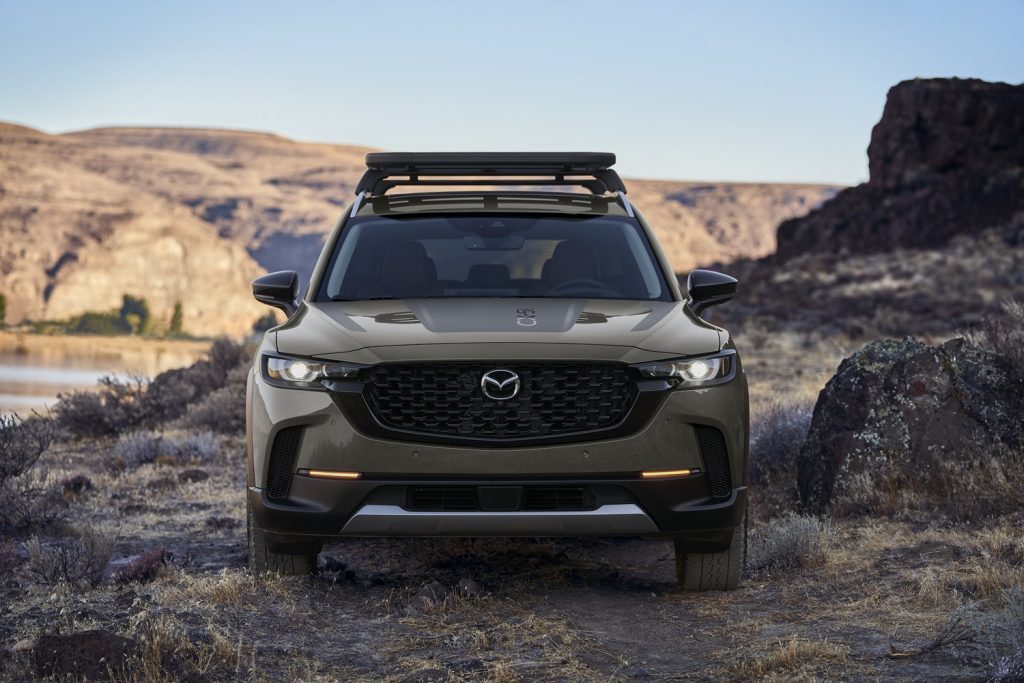 Outside, the 2023 Mazda CX-50 is draped in the Japanese automaker’s latest design language, plus off-roading cues like faux skid plates and black lower cladding. Official dimensions have yet to be revealed, but the 2023 Mazda CX-50 is slightly longer and wider than the Mazda CX-5, with a slightly lower roofline as well. A set of high-strength roof rails, plus reinforced B-pillars and door jambs work to support outdoor toys (bikes, etc.) secured to the roof. The crossover also debuts a new exterior color, namely Zicron Sand. 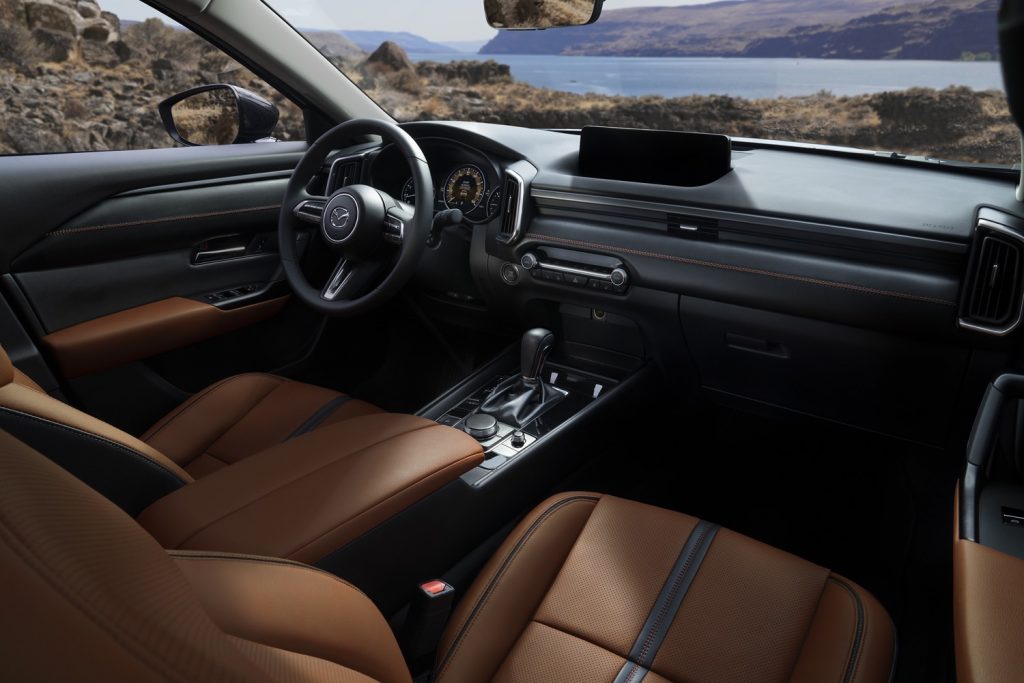 Inside the cabin, the 2023 Mazda CX-50 features seating for five and Mazda’s first panoramic moonroof, as well as a new terracotta interior color. An infotainment touchscreen is located on top of the dash. 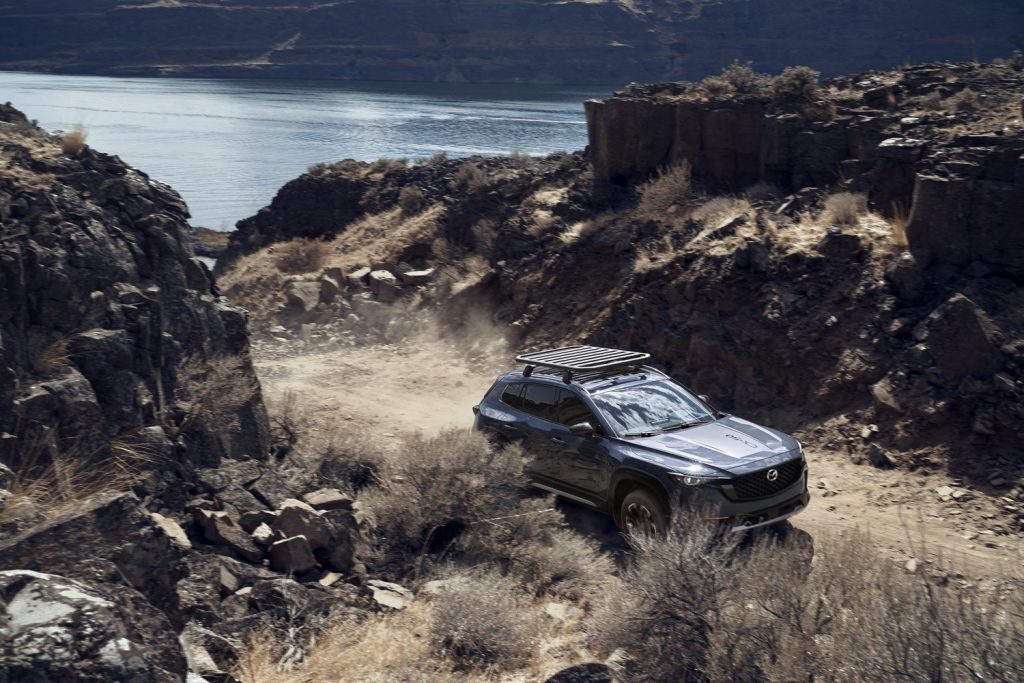 At launch, the 2023 Mazda CX-50 will be offered with a naturally aspirated 2.5L four-cylinder and a turbocharged 2.5L four-cylinder, with a six-speed automatic transmission on board for the cog swaps. Output is estimated at 187 horsepower and 250 horsepower, mirroring that of the Mazda CX-5. Looking ahead, the CX-50 will offer a few electrified powerplant options as well, including a hybrid. Mazda says more info on the electrified options will be released at a later date. 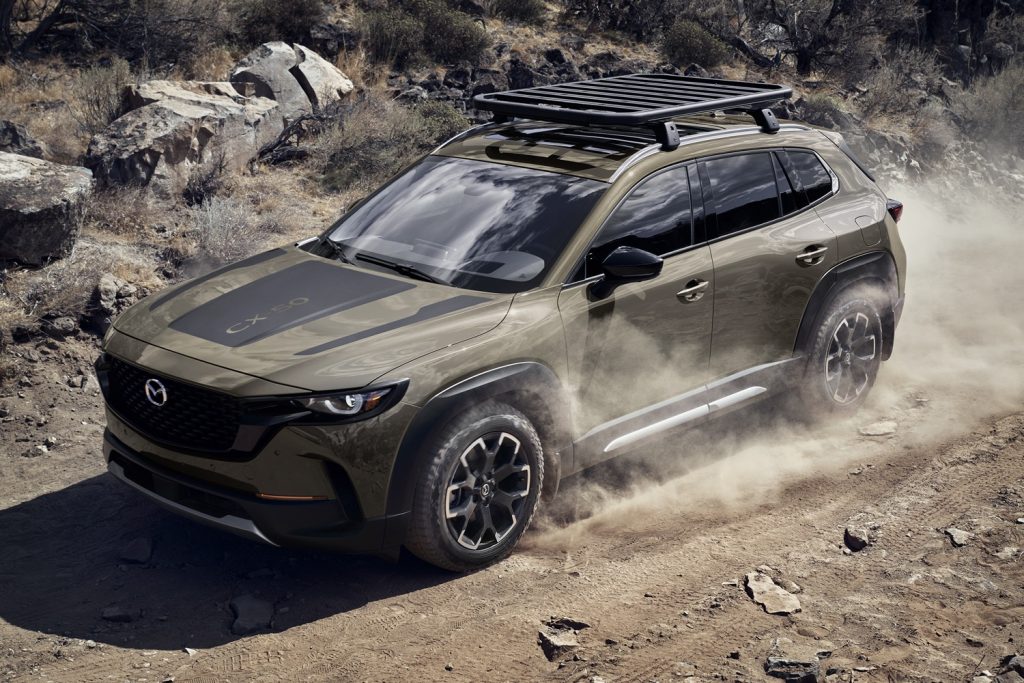 Putting the power down is Mazda’s i-Activ all-wheel drive system as standard, with Mazda Intelligent Drive Select technology included. Under the skin is a unibody construction that incorporates the same platform as the Mazda 3 and CX-30.

The 2023 Mazda CX-50 will be the first vehicle produced at the new Mazda Toyota Manufacturing plant in Huntsville, Alabama. Production is slated to ramp up in January of 2022. Pricing info is currently unavailable, but estimated around the $30,000 mark.