We just brought you coverage of the upcoming 2023 Chevy Colorado ZR2, which was recently spotted testing in prototype form. Now, we have another prototype off-roader to share, this time with the 2023 GMC Canyon AT4X. 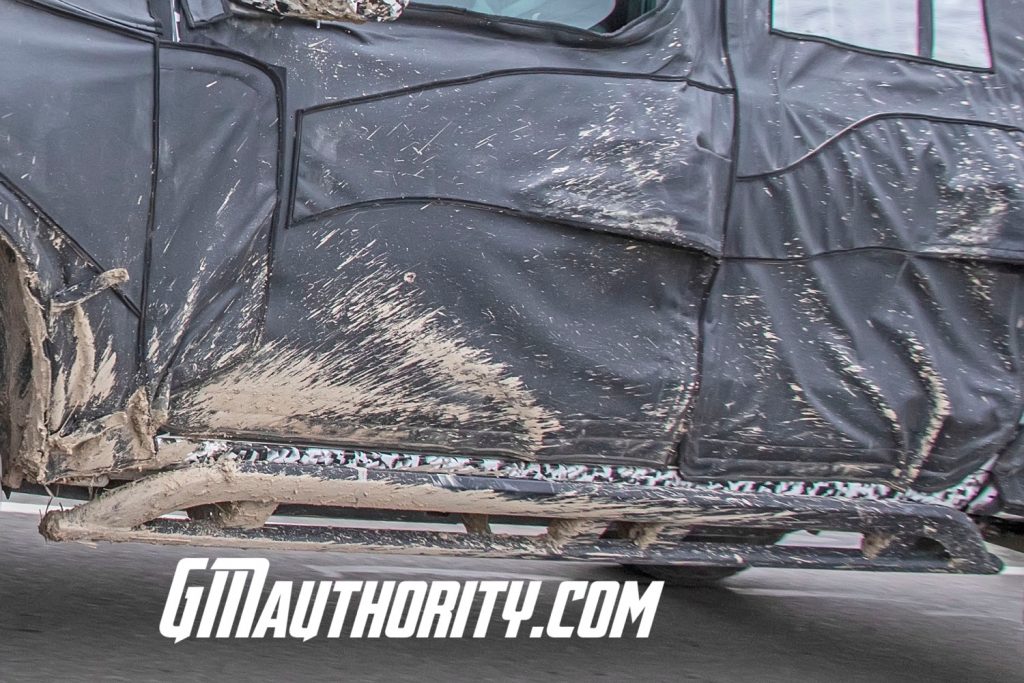 Like the Colorado ZR2 covered previously, it looks as though this prototype GMC Canyon AT4X is coming back from the same off-road test session as its Chevy-branded equivalent. Notably, we spotted two 2023 GMC Canyon AT4X prototypes here, one of which was dirtier than the other. 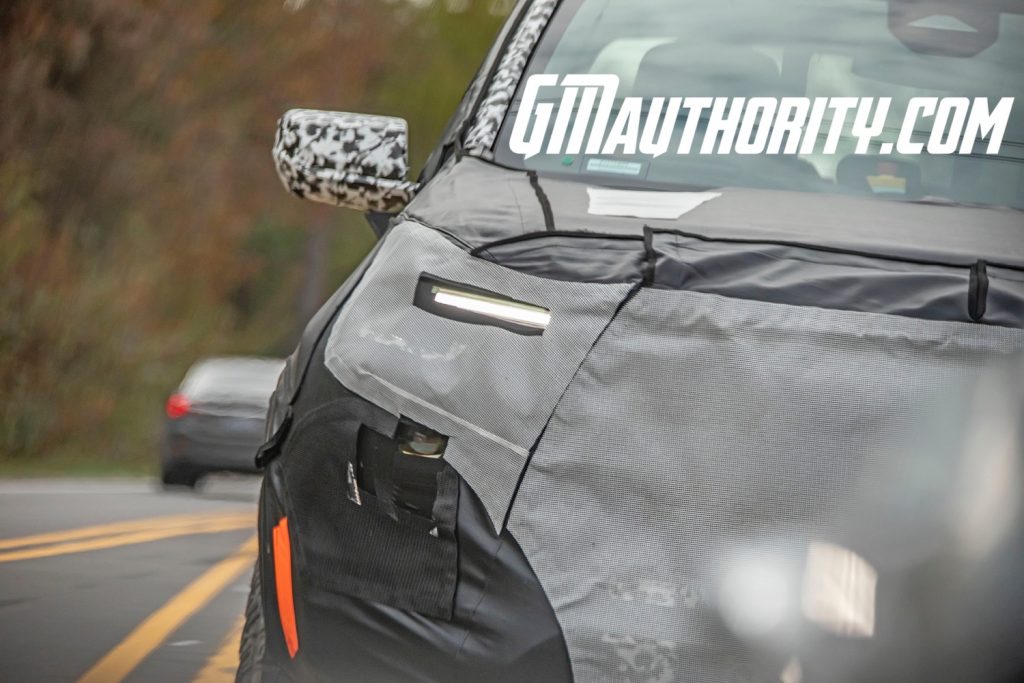 Outside, the 2023 GMC Canyon AT4X will sport new styling, including updated lighting. This particular example is fitted with production lighting elements, giving us our best look yet at the revised headlights and LED signatures. 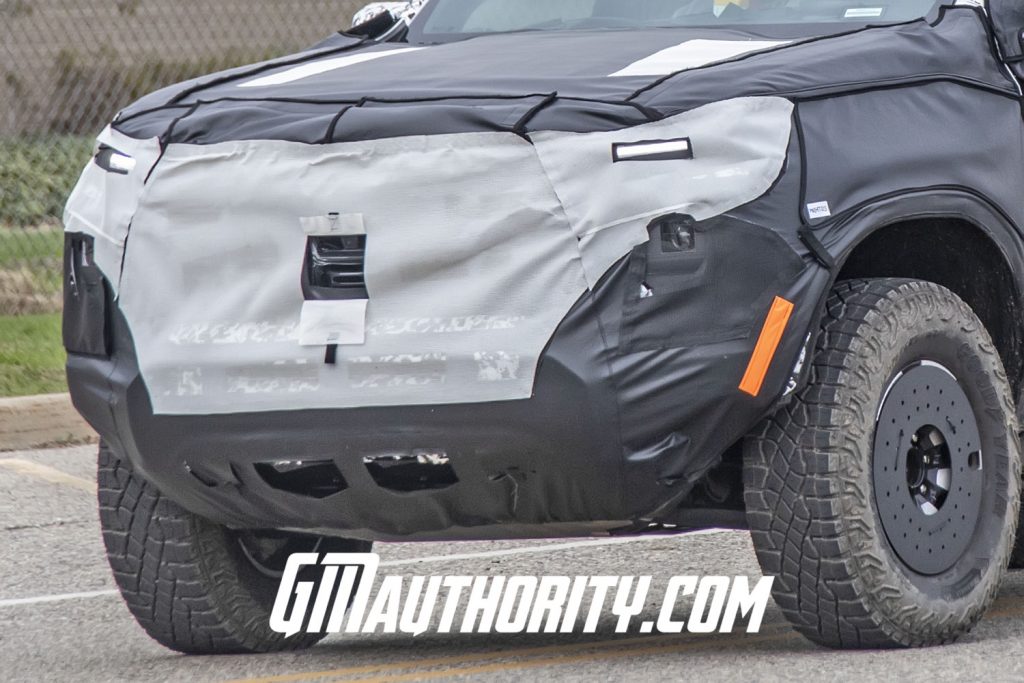 Compared to the horizontally oriented headlights and LED “eyebrows” of the Colorado ZR2, the Canyon AT4X boasts bright LED strips along the upper edge of the fascia that likely wrap around vertically stacked headlights obscured by the black camouflage. Notably, this prototype also sports new angular details not previously seen on prototype models. 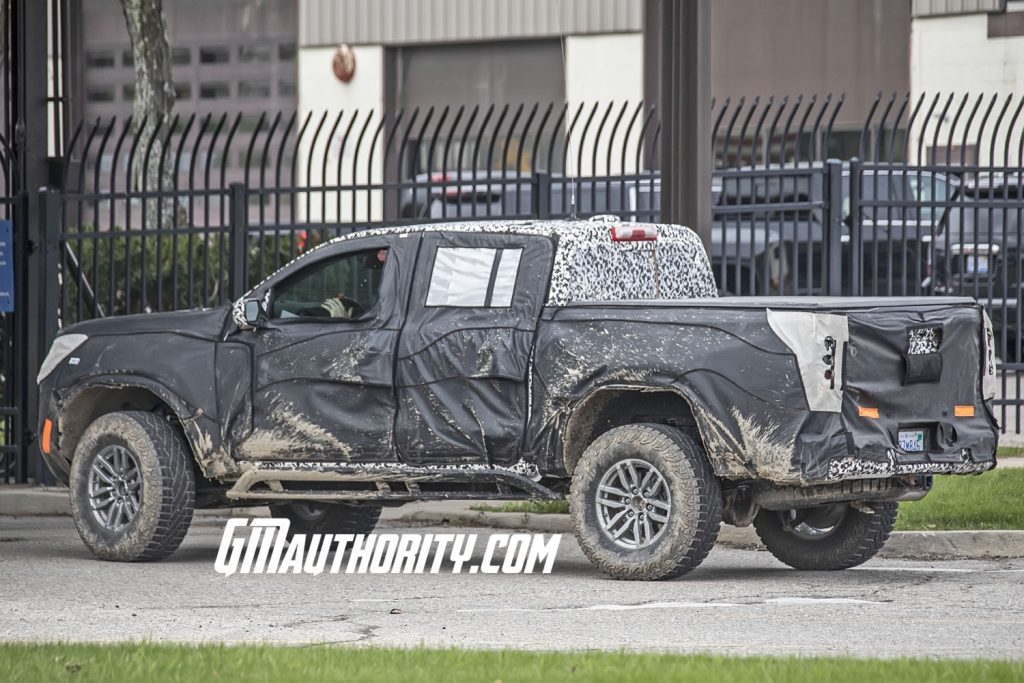 The exterior also gives us a look at dual-level rocker protection, which, like the rocker protection spotted on the Colorado ZR2, may serve as high-clearance assist steps and running boards. In the corners, we see 33-inch 285/70R17 rubber, specically Goodyear Wrangler Territory Mud Terrain tires. There’s also a set of MultiMatic DSSV dampers spotted just behind the large rear tires, once again painted black to hide the gold-and-blue finish expected for the production model. Under the hood, the 2023 GMC Canyon AT4X will come equipped with the turbocharged 2.7L I4 L3B gasoline engine, similar to the rest of the 2023 Canyon lineup. 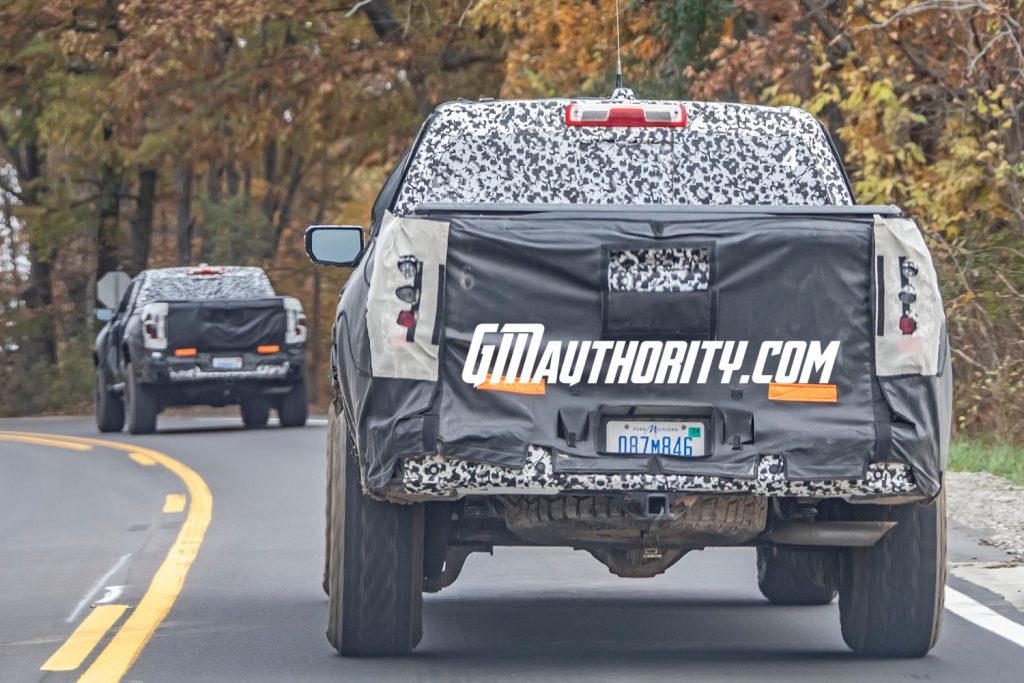 It’s also worth mentioning the GMC Canyon AT4 OVRLANDX Concept vehicle, which debuted at the Overland Expo Mountain West 2021 show and served as a preview of the new 2023 GMC Canyon AT4X. 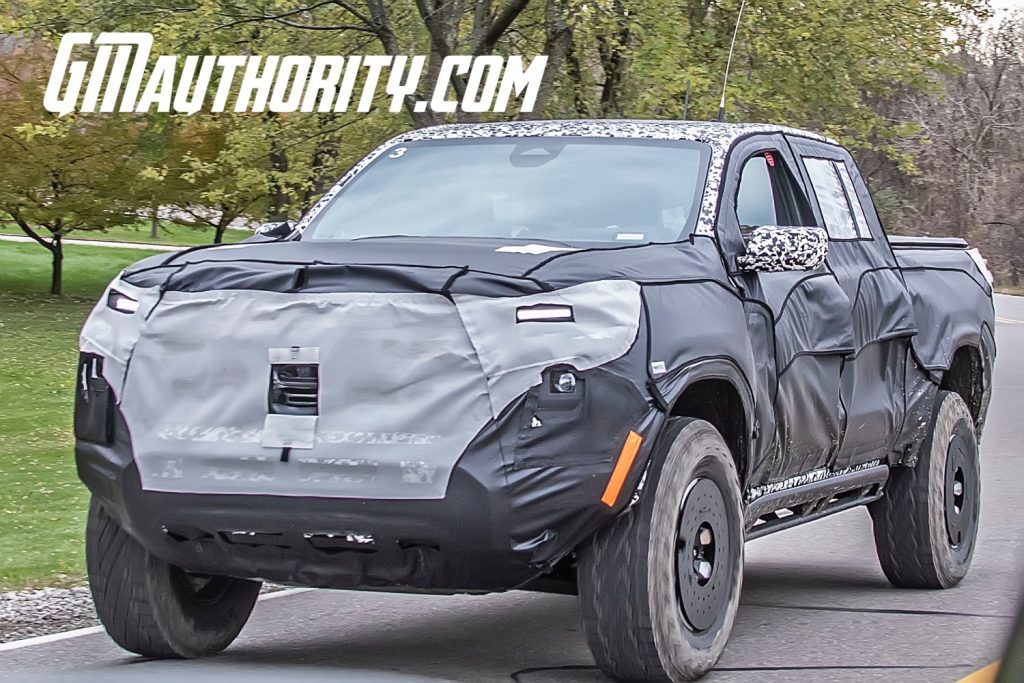 Essentially, the 2023 GMC Canyon AT4X will provide GMC with a mechanical equivalent to the Chevy Colorado ZR2, but with more premium positioning and GMC’s latest styling language, similar to the product strategy in place for the Chevy Silverado ZR2 and GMC Sierra AT4X.