The 2023 Chevy Colorado was first spotted undergoing testing in prototype form back in May. Then in September, GM Authority brought you coverage of the upcoming 2023 Colorado ZR2. Now, we’re taking another look at the Colorado ZR2, this time fresh from a little off-road testing. 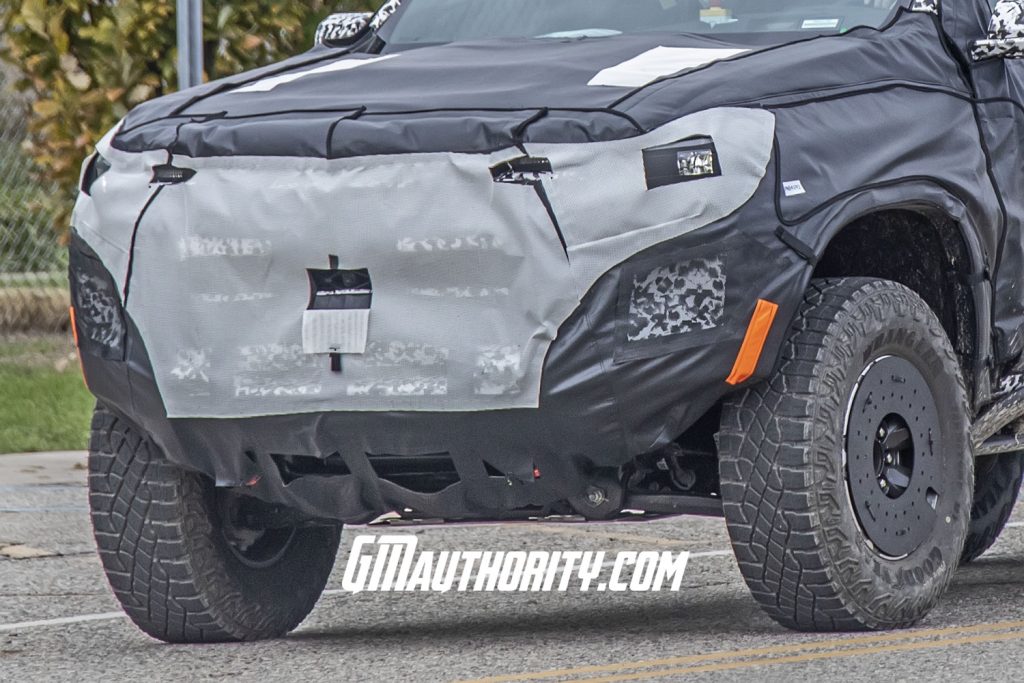 Notably, this 2023 Chevy Colorado ZR2 prototype was spotted testing alongside the current Ford Ranger Raptor, the latter of which was in a right-hand drive configuration. Clearly, there’s some benchmarking going on.

Outside, the 2023 Chevy Colorado is expected to sport an all-new exterior design, with this prototype running dual-level rocker protection which could double up as high-clearance assist steps and running boards. This prototype is also equipped with production lighting elements, giving us out best look look yet at the horizontally oriented headlights and bright LED “eyebrows” around the top of the clusters.

The 2023 Chevy Colorado ZR2 is also expected to come equipped with an all-new interior. 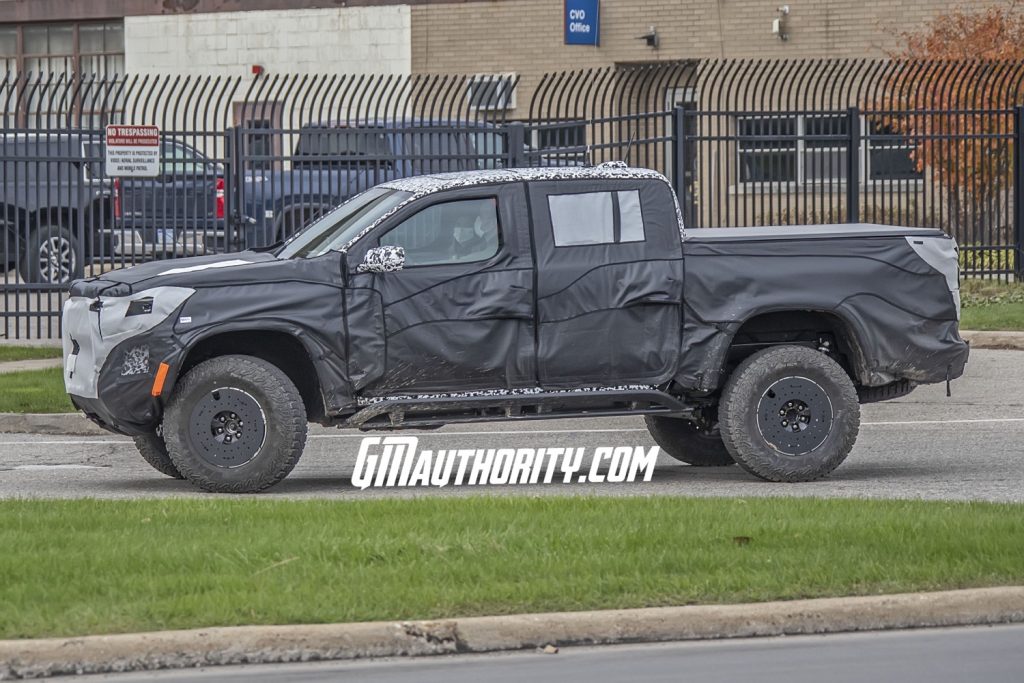 As for the running gear, we spot a set of 33-inch tires, specifically 285/70R17 Goodyear Wrangler Territory Mud Terrain rubber. By comparison, the current model is running 31-inch tires sized at 265/65R17. The wheels on this prototype are obscured by wheel covers, but appear to have the same six-spoke design as earlier prototype models. 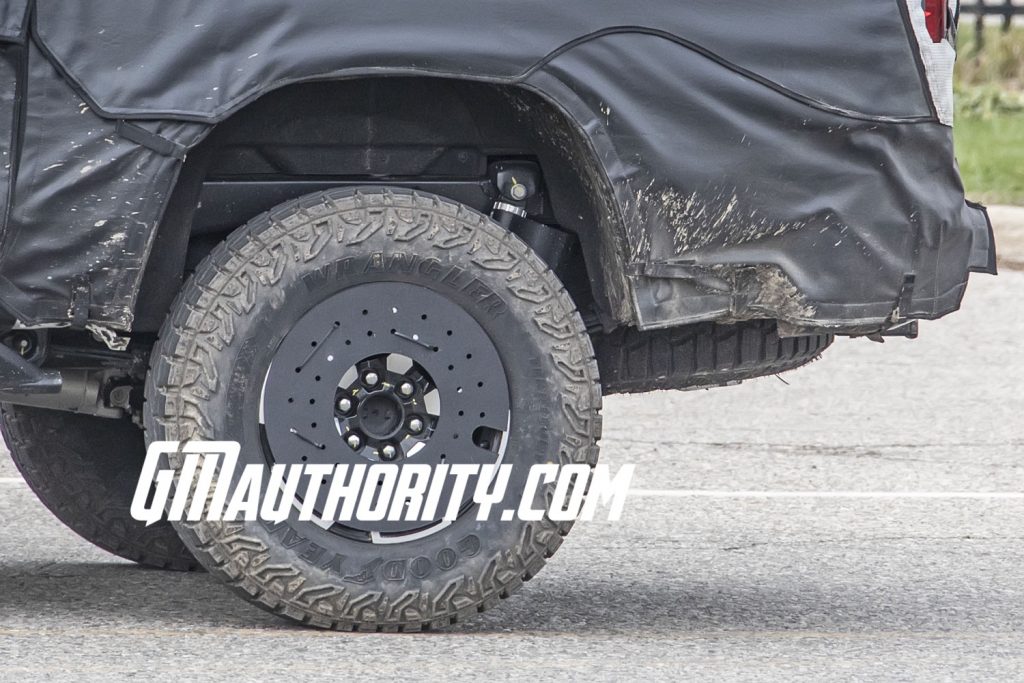 Unsurprisingly, this 2023 Chevy Colorado ZR2 is riding high with jacked-up suspension and plenty of clearance. We also see a set of Multimatic DSSV shocks placed behind the rear tires, although they are obscured with black paint, while production models typically show the suspension goodies with a gold-and-blue finish. 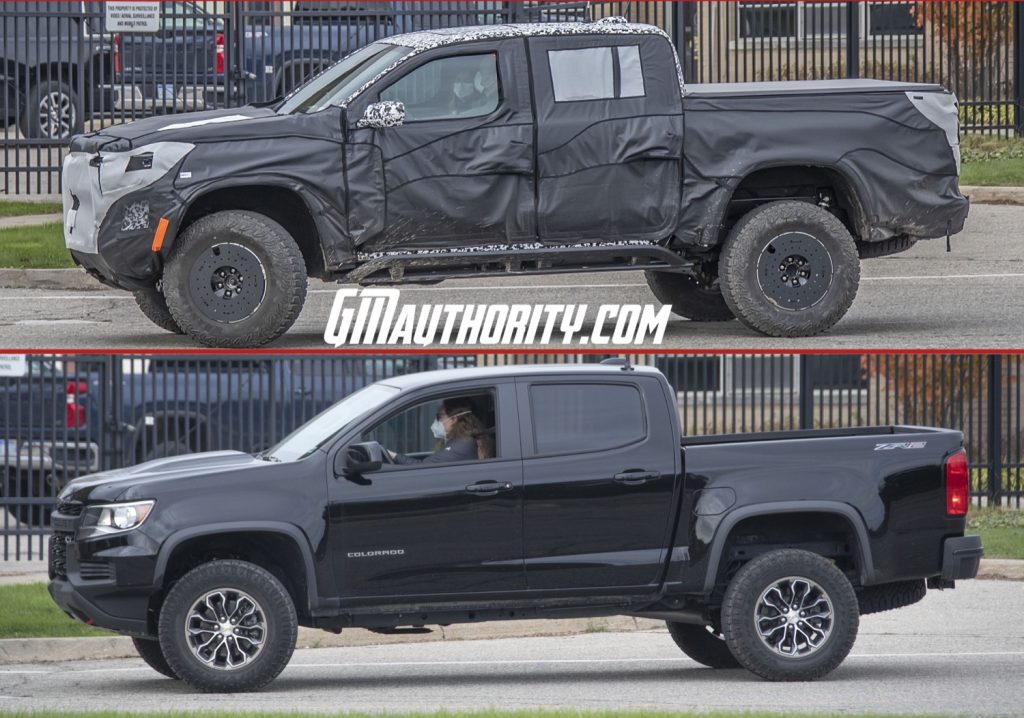 Under the skin, the 2023 Chevy Colorado ZR2 rides on an updated iteration of the midsize body-on-frame GMT-31XX platform, also known as 31XX-2. The pickup gets a new engine as well, namely the turbocharged 2.7L I4 L3B, which is also found in the Chevy Silverado 1500 producing 310 horsepower and an uprated 420 pound-feet of torque with the latest 2022-model-year refresh. 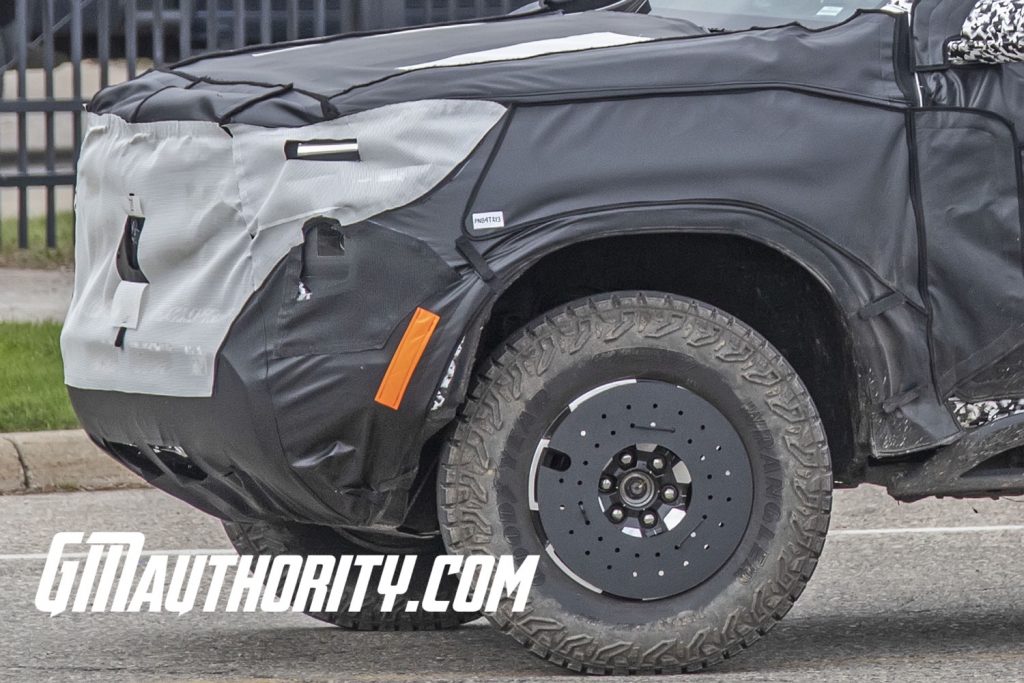 General Motors is also set to offer a GMC Canyon AT4X for the 2023 model year, which will be the GMC equivalent of the Chevy Colorado ZR2. Stay tuned for more information on that in the near future.