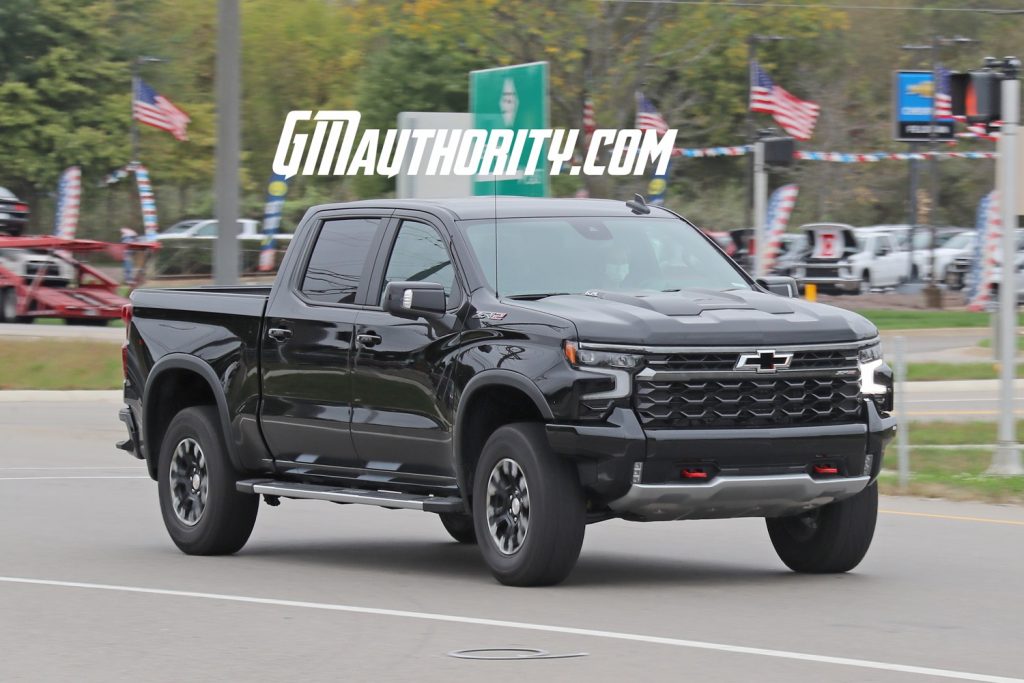 The exact paint finish on this 2022 Silverado ZR2 is uncertain, and could be either Mosaic Black Metallic, or simply Black.

Let’s start up front, where we find the 2022 Silverado ZR2 rocking the revised fascia of the fully refreshed Chevy Silverado, as well as some off-roading specific elements, the latter of which include twin tow hooks in the lower fascia, finished in red, as well as a sturdy skid plate, finished in silver. On either side of the tow hooks, we spot a trio of vertically oriented lighting elements, while higher up, we find a revised grille insert. The Chevy Flowtie badge is mounted high. The hood treatment includes technical details and a “6.2” badge to indicate the engine spec underneath, specifically the naturally aspirated 6.2L V8 L87 gasoline engine. 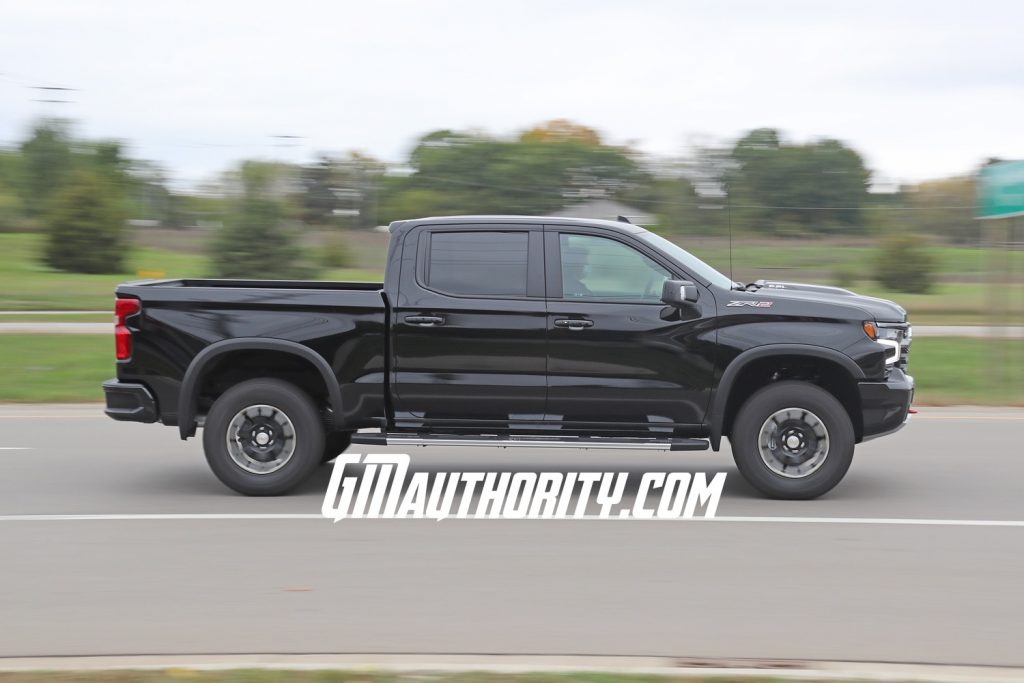 Moving over to the profile view, the 2022 Silverado ZR2 makes its off-roader intentions known with a raised suspension setup featuring MultiMatic DSSV dampers. The ZR2 is also equipped as standard with 33-inch off-road MT tires, while a prominent ZR2 badge is found on the front fenders. We should also point out the running boards, which are an optional accessory. 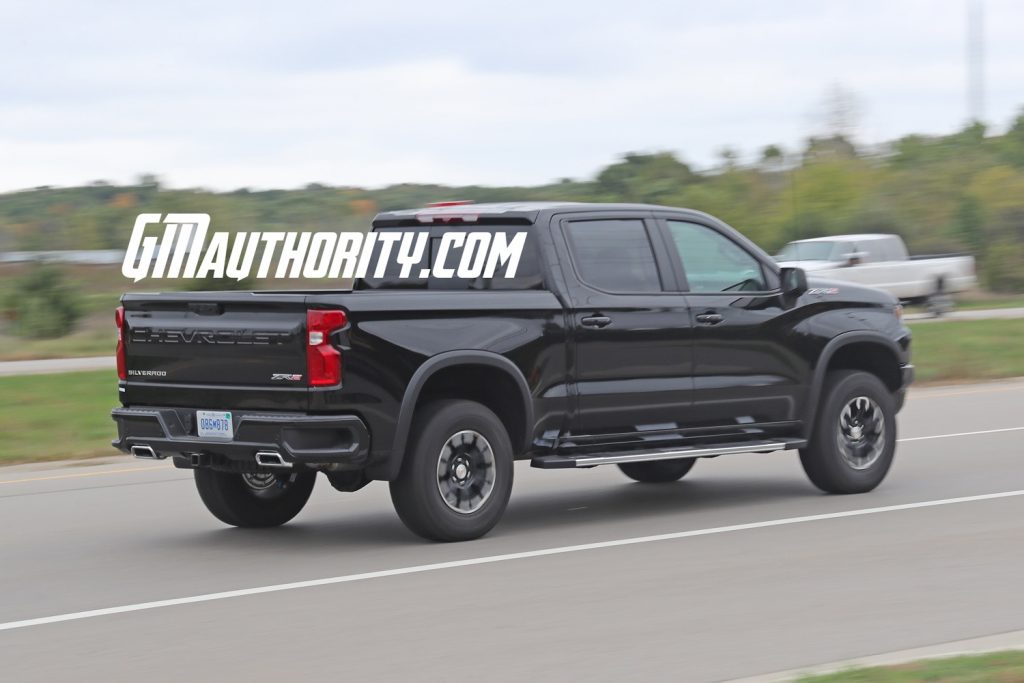 Finally, in back, we have more ZR2 badging on the tailgate and corner steps in the bumper. The exhaust is also notable, as the Chevy ZR2 will ship with tucked-under exhaust tips that terminate before the rear bumper to provide maximum approach and departure angle. This particular exhaust is from the Silverado Trail Boss.

With that in mind, it appears as though this particular model is a validation prototype, which means it’s likely equipped with all the standard ZR2 goodies (MultiMatic suspension, new spring rates, etc.), but also takes a few components from the Trail Boss, such as the exhaust. The prototype will help to finish up validation for the new Silverado ZR2 off-roader ahead of its production launch next year. 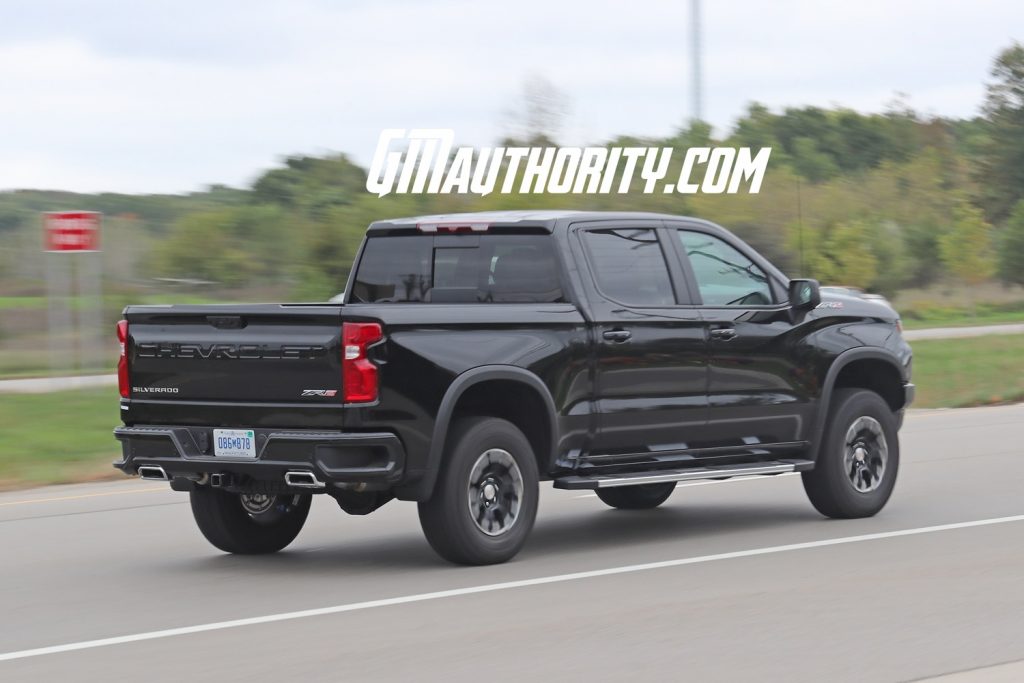